How to protect your home from Leprechauns

Quantum optics may remove the uncertainty about quantum gravity — I'm certainly glad that's been cleared up.

To Kill Predators, Japanese Honeybees Surround Them in a 'Hot Defensive Bee Ball' — I've been on dates like that. (Via David Goldman.)

Icy Saturn moon ‘may be active’

Bering Sea Teeming with Ice — Persistent, strong northerly winds have stretched the ice cover to its second widest extent. The other half of climate change is wide variation in both directions.

How Engineering the Human Body Could Combat Climate Change — From drugs to help you avoid eating meat to genetically engineered cat-like eyes to reduce the need for lighting, a wild interview about changes humans could make to themselves to battle climate change. (Via , with whom I exchanged some snark about this yesterday.)

More Pandering Won’t Make Things Any Easier for Romney — But that's what Mittens does best!

Romney and the Right-Wing Shakedown — Santorum for AG? Newt at the UN? John Bolton for State? The far right has presented mealy-mouthed Mitt with a stunningly long list of demands. Santorum as attorney general? He would be even worse than that lunatic Ashcroft. 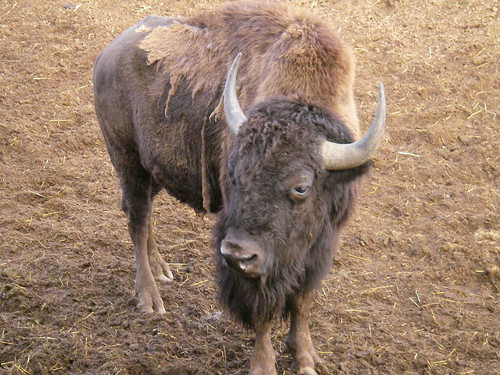 I am pleased to be able to announce that my German publisher, Bastei Lübbe, has acquired the German language rights to Endurance, to go along with last year's acquisition of Green along with the Mainspringtrilogy. This is via my agent Jennifer Jackson of Donald Maass Literary Agency.

By happy coincidence, today she also sent me the link to the art for the forthcoming German translation of Escapement. The German cover art is gorgeous.

Yesterday after getting out of the Day Jobbe function which has brought me to Austin, I drove over to Chuy's Hula Hut for a solo dinner. This was one of my favorite restaurants when I lived here, and about the last place we ate before Mother of the Child and I skipped town for good back in early 2000. My favorite fajitas anywhere, a quirky lakeside ambience, and generally a relaxed good time.

In the middle of eating, looking out over Lake Austin, it suddenly occurred to me that I had first moved to Austin thirty years ago, in 1982, as a young adult. That was the year I graduated high school — on the day of my eighteenth birthday, no less, back when the drinking age was eighteen — and after spending the summer in Bulgaria, as one does, I'd hied off to Austin to attend the University of Texas that fall.

Thirty years. Thirty freaking years. I'm not freaking old enough to have done something thirty years ago as an adult.

Today's my last full day here, as I'm leaving at the crack of dawn on Thursday. Hopefully I'll see some of you at the open dinner tonight, 7:15 at the Threadgill's just south of the river.