DIALOGUE: Between the Lines — I'll be on the radio tomorrow at 10 am Pacific.

Cat Rambo teaches some online classes — Check it out.

Rick Santorum under fire over ranting rightwing pastor — Rick Santorum is facing some awkward questions after footage emerged of a radical evangelical preacher opening a campaign rally with calls for all non-Christians to “get out” of America. Ah, those precious Constitutional freedoms so beloved of conservatives. Like freedom of religion. NOT. (Via .) 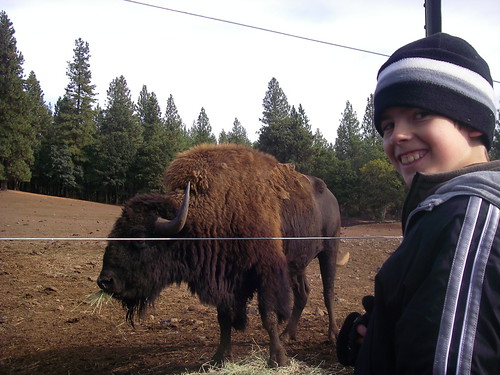 Today I'm bound from Austin back to Portland. I cut my trip short by a day in order be home to see give her formal presentation of her eighth grade project. This has been the design and construction of a marionette, under the mentorship of the delightful and generous Mary Robinette Kowal.

This speech has been a very big deal to her. She's worked diligently, and practiced it until she's bored with it. (I consider this a good sign.) I'm very proud of her work on this, and that she brought the project to a successful conclusion.

I can't wait to see her live and in person tonight. 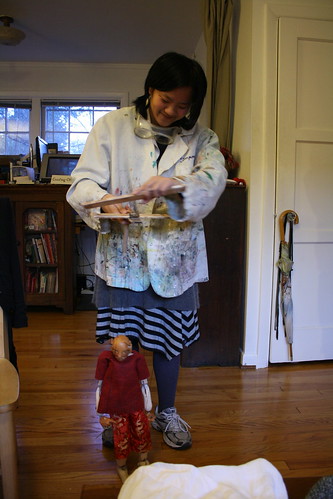 Last night's open dinner was terrific. We had nine people, including me, meeting up at Threadgill's in south Austin. My old friends Chris W. Johnson and Brendan Boerner, whom I've known since about 1986, turned up. So did my cousin N—, whom I see only once every few years. She came up from San Antonio. Some of the usual suspects were there, including , Sean Kelley, @dratz and Mrs. @dratz, as well as Austin area fan and writer John Gibbons.

A good time was had by all, and many calories were consumed. The cross-pollination was fun, too. 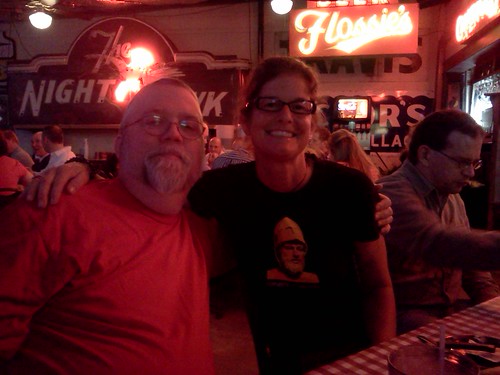 Me and my cousin