DIALOGUE: Between the Lines — Podcast of yesterday's radio interview of me with Susan Wingate and Joshua Graham.

Science Finds Fiction Is Good for Us — Nancy Jane Moore is interesting over at Book View Cafe.

GAMA Announces 38th Annual Origins Awards Nominees — This is cool. A Wizards of the Coast anthology that I have a novelette in has been nominated.

What Happens When A 35-Year-Old Man Retakes The SAT? —

In Texas Tradition, Museums That Enshrine the Quirky — (Thanks to my Dad.)

Is It Time to Embrace Pink Slime?

The White Savior Industrial Complex — (Via .)

Starbucks' Gay Marriage Support Endorsed By HRC Despite National Organization For Marriage Protest — To quote Shanna Germain: "We will not tolerate an international company attempting to force its misguided values on citizens. The majority of Americans and virtually every consumer in some countries in which Starbucks operates believe that marriage is between one man and one woman. They will not be pleased to learn that their money is being used to advance gay marriage in society." ~NOM President Brian Brown -- I love how he makes it sound like Starbucks is going to go into foreign countries and try to convert people to a specific belief system. Because, you know, what kind of assholes do that?

Mischief follows in partisan Bible translations — American politics had changed between 1977 and 1995. It had polarized and radicalized millions of American Protestants, rallying them around a single issue and thus, as intended, rallying them behind a single political party. In 1977, the sort of American Protestants who purchased most Bibles couldn’t be summed up in a single word. But by 1995, they could be: “abortion.” And for anti-abortion American evangelicals, Exodus 21:12-27 was unacceptable. It suggested that striking and killing an unborn fetus was in a separate category from striking and killing a “person.” Strike and kill a free person, you get the death penalty. Strike and kill an unborn fetus, you get a fine. And so in 1995, like those earlier translators who invented and inserted “Junias,” the translators of the NASB reshaped this passage. Yep, the infallible and inerrant word of God.

Tennessee legislature boldly sets the science clocks back 150 years — I also wonder how the Tennessee lawmakers would feel if, say, teachers used this potential law to teach about Islam, or astrology, or Wiccan beliefs. I do not understand why conservatives hate America so much that they're intent on destroying the education of everyone's children.

The Republican Base Exposed — Charles Johnson at LGF once again dives into the comments at FoxNews.com so the rest of us don't have to. This time it's about the murder of Trayvon Martin, and we get to see the real driving animus behind the politics of Fox News viewers. To my conservative friends still wonder why the rest of America thinks your party is utterly nuts: this disgusting evil is a core portion of your Republican voting base, validated and cultivated carefully by years of your party's political and media strategy.

Komen foundation continues to see fallout from Planned Parenthood controversy — It's so rare to see any meaningful consequences for typical conservative dishonesty and shenanigans.

The Utter Incompetence Of Romney's Rivals 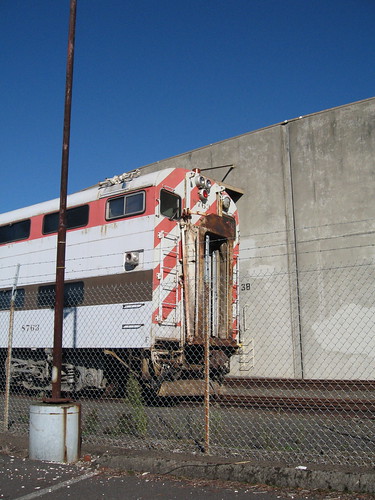 Sorry for the late blog postings. I'm taking the day off from Day Jobbery, writing, and, well, just about everything. I celebrated this by sleeping in til 7:00 am, which counts as louche, exotic decadence in my personal universe. I might be around the Internets some.