On Storytelling — Some wisdom from Three Panel Soul.

Let’s Send John Away! — Electric Velocipede is running a promotion. Check it out.

Things we say today which we owe to Shakespeare

A Picture of Language — The art and science of sentence diagramming. (Via David Goldman.)

The Brain on Love

A Brief Window: The Bussard Ramjet in the 1960s

Not Worth the Paper It’s Built On — A billion Euro house built of shredded bills. (Thanks to Dad.)

Hey wait. I liked that movie. Why does it suck again? — Urban fantasy author J.A. Pitts on John Carter [ imdb ].

To Kill a Mockingjay — Scrivener's Error with some interesting observations on The Hunger Games film.

Racist Hunger Games Fans Are Very Disappointed — Wow. I am beyond boggled. WTF is wrong with people? (Via .)

Rodriguez: Vandalized by speech — A public square awash in racial invective is sure to alienate many Americans and weaken democracy. Hate speech, especially on a mass, organized basis, is almost entirely a conservative phenomenon. I know that many of my Christian friends feel themselves subject to hate speech, but most of what they encounter is simply a kind of public disagreement and challenge that was unthinkable in our culture until quite recently — having your privilege criticized isn't hate speech, friends. Christians in this country have never encountered a fraction of what every person of color and every gay person has to hear almost every day.

Cyanide and Happiness on a similar note

Iraqi Immigrant Beaten to Death in California — But all these right wing voices, on the radio, on television, in syndicated columns and high-trafficked blogs have made Shaima Alawadi the enemy, for the accident of her birth, her faith. They fill the ears and the empty brains of angry, disaffected people looking to blame anyone for their own crappy lives and they robbed five children of their mother. Mission accomplished, wingnuts. Welcome to the hell your hate has wrought.

Lobbyists, Guns and Money — Paul Krugman on ALEC. I am always fascinated by hard right organizations that claim to be fair and balanced, or nonpartisan. It's all part of that very successful strategy the GOP has been pursuing since Reagan of redefining the political center far to the Right. The Obama of today, accused by conservatives of being a socialist, would have been conservative twenty years ago. C.f. the much despised "Obamacare", which began life as a Heritage Foundation proposal in the 1990s, and first saw enactment as a Republican proposal in Massachusetts under Romney. Yet now it's screaming leftism.

For his own good, Rick Santorum should be bound and gagged in public — A British view of Senator Frothy Mix.

Bush Senior Also Promised Moscow more Flexibility after Election — You know, in case you're outraged at something Obama said recently. Conservative commentator Daniel Larison with more on this.

?otd: Spring ahead or fall back? 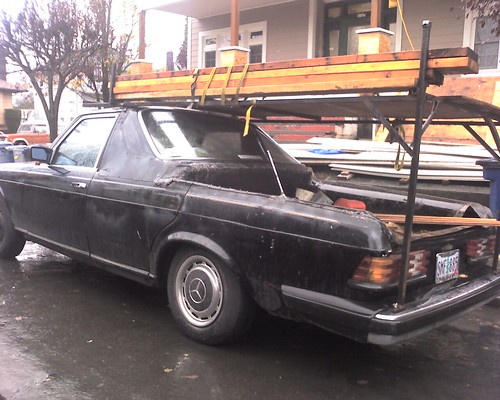 I'm in Omaha for Day Jobbery. A nice dinner last night with and . We talked about current writing projects and whatnot.

Speaking of current writing projects, I batted a lot of cleanup the past couple of days. A bunch of things went out the door, including short fiction submissions, materials for three book proposals, and some new Sekrit Projekt stuff. Kind of rocketing along here. I have a modest nonfiction request to deal with, then I'm back on Sunspin, probably tonight, starting with a re-read of Calamity of So Long a Life then hitting the draft of book two, Their Currents Turn Awry.

Also of note today is that I'll be guest teaching a literature class at the University of Nebraska at Omaha on my lunch hour. I'm looking forward to that, should be a lot of fun.

So much hinges on next month's retests to try to nail down what's going on with my new liver lesion. I can't really commit to what I'm doing this year in terms of writing productivity, convention and conference travel, or even friend-stuff past mid-April.

I lost essentially half of the year each of the last two years to cancer treatments. My inability to commit to future dates caused me to be dropped from an important teaching gig. Chemo-induced emotional and mental distress contributed significantly to the end of my last relationship. I keep confronting my mortality in large ways and small. And now with so much going on in my life socially, emotionally, professionally, I'm once again staring down the barrel of the profound disruptions of cancer.

Even if this lesion is another round of cancer, what then? My oncologists have expressed differing opinions about the treatment courses. I only have one more course of chemotherapy available to me, then we're pretty much done with that option. Do we use that last bullet in the gun on this go round? Do we have surgery only? What do we do next?

It's pissing me off. Frustrating me. Making me angry and sad. I suppose some people would say that control is always an illusion, but cancer, even the simple threat of its recurrence, strips that control away and leaves me with uncertainty piled upon uncertainty.