Because This Point Cannot Be Made Often Enough — Actually, I thought romance was bigger than that.

The Challenge of Going Vegan

Cadet: We're Not Sleeping Here, There Are Dead Cows — Forest Service Considers Blasting Out Dead Cows With Explosives. From the department of real life being much weirder than fiction. (Via .)

The Difference Between UX and UI: Subtleties Explained in Cereal — Hahahah. (Thanks to .)

Buried Treasure: World War II Spitfires To Be Unearthed in Burma — Cool! (Thanks to .)

How Will Humans Fly to the Stars? — Naked?

Sound familiar? MSNBC article about the military getting ready for melting polar cap — [The] biggest preparers for global climate change are the military. Those damn hippies. Yep. Because national defense can't be bogged down in pernicious ideological lies. Once again, the facts are biased against the conservative position.

De-legitimizing Christians outside the evangelical tribe — Even while they bemoan their alleged oppression with self-valorizing congratulations, the Christianists have been winning the media war.

Wealth & Righteousness? — Do we [Mormons] really believe that just because one is rich one is blessed by God? Cripes is that a vile and pernicious meme. Thank you, John Calvin. (Via .)

Catholic Bishop Claims Obama Is ‘Following a Similar Path’ To Hitler — One of the many, many reasons I am an atheist is moronic lunacy like this from the mouths of religious leaders. This isn't some fringe nutcase with a trailer park chapel, this is a Prince of the Church speaking.

The Democrats' Duty: Bring the GOP Back from Crazy — Interesting piece from the perspective of the angry left.

If Health Insurance Mandates Are Unconstitutional, Why Did the Founding Fathers Back Them? — That's the problem with history. It rarely matches ideology unless you've been able to edit it yourself. Hence Christian "colleges" and the pathetic joke that is Conservapedia. Because the conservative version of reality hardly ever stands up to the facts. (Snurched from Slacktivist.)

Bush was wrong about his tax cuts, even to the name — Just this single piece of Bush’s GOP agenda pushed through in the first term of his presidency -- his tax cuts, enacted in 2001 and 2003 -- have added more dollars to the nation’s debt and deficit than almost all of the rest of his horrible policy initiatives combined. Remember kids, cutting taxes increases economic growth. Just ask any Republican about how that worked out in the past decade. They'll proudly tell you that all our economic woes today are Obama's fault. 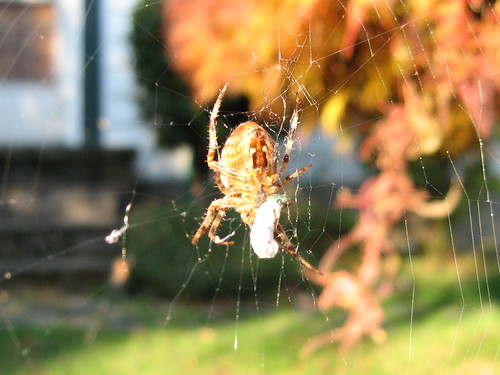 Sunday, J—, T— and I (and their dog N—) drove out the Columbia Gorge to the Bonneville Trailhead to go hiking up to Gillette Lake. It's a nice drive, the better part of an hour out I-84 then across the Bridge of the Gods to the Washington side, and back over to the immediate area of Bonneville Dam.

We hit the trail around 9 am, which is a late start for me hiking, but were still the first ones out from that point. We spent about two and half hours on the trail, which is a long time to hike 5.5 miles, but that included me going slow on some steep sections, a bunch of messing around when we actually got to Gillette Lake, and my right knee getting funky on the downward slopes near the end of the hike.

The place was, as usual for the Pacific Northwest, stunning. 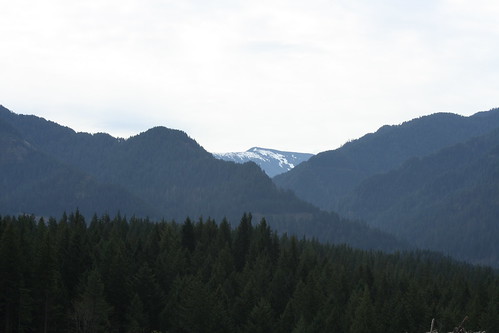 View back toward the Oregon side, fairly early in the hike 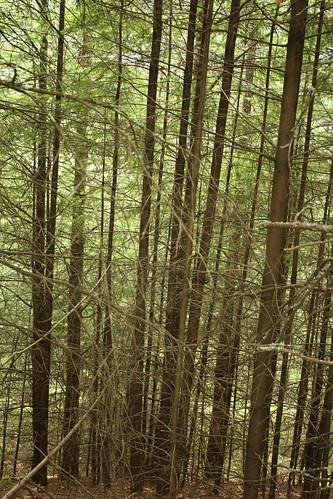 Hiking through a stand of trees, also early in the hike

Still staring down the barrel of the cancer gun. Yesterday I received the test results from my carcinoembryonic antigen (CEA) bloodwork. That's the test that checks the level of potentially tumor-related proteins in my blood. (Almost everyone has some non-zero level of CEA markers. An irritated bowel can produce them, for example.) Though my levels are roughly twice what they were two months ago, they're still low-normal. The difference is well within the test's normal variation, and the result is well below the minimum level required for clinical significance.

If my CEA levels had spiked, that would have been nearly certain evidence of new tumor activity. So this result is not definitively bad. It is, however, not definitively good, either. We know from my prior cancer history that I sometimes have tumors which do not produce a significant amount of CEAs. In other words, pending further detail from the CT scan, this is still Schrödinger's tumor.

My expectation is that for an ambiguous or bad result we'd probably order a PET scan to check metabolic activity. Though we might not bother for a very bad result, but instead just proceed with treatment. CT scans reveal structure within the body through density variation, but they're not always good at distinguishing the causes of the variation. The PET scan would tag variations in metabolic activity, which can be indicative of tumor presence with a high degree of confidence.

In other words, I'm still waiting to find out if I need to book another season in hell. I'll know sometime this morning. As always, there is an enormous amount at stake, potentially up to and including my very life. The stress is mind-numbing. I hurt in weird places. My lower GI function has been even quirkier than usual. I've gained weight from stress eating. I've been both vague and irritable these past few days.

On the plus side, I managed to pull 2,900 words of Sunspin out yesterday, despite it all. The waiting is the hardest part, and the waiting is almost over. That's what my writer brain was telling me.