From Kerouac To Rand, 'Harmful' Reads For Writers — Hmmm.

Is the Book Cover Dead? — It sure doesn't look good. Thanks, technology.

Letter from Philip K. Dick to Jeff Walker regarding "Blade Runner" — Wow. (Via .)

The Missed Spanish Opportunity to Conquer China That Wasn’t — A weird little alt.hist stub that popped up in the political news.

Block That Comma! — Hahaha! Comma snark and The New Yorker. (Via my friend M—.)

In the City, Bright is the New Black — White rooftops and urban temperatures.

Early Bloomers — [T]his year, after a record warm winter, blueberry bushes began to flower on April 1, six weeks earlier than in Thoreau’s time. Amazing, how liberals can get even the plants to cooperate in their climate change fraud. Thank God for good conservative outlets such as FOX News and Rush Limbaugh who keep those nasty, biased facts away from Real Americans.

'Girls' Through The Veil — Ta-Nehisi Coates on the representation of race in media. A very good read in its own right, as well as being food for thought for those of us who spend time working on writing the other.

Obama Faces Entrenched Resistance Among Some White Voters — Nope. No racism here. Not in conservative America. No sirree bob. Especially not from all those angry white conservatives who never said a damned thing about Bush's wars, deficits or economic collapse until Obama became president and they could blame him.

Homophobia may reveal denial of own same-sex attraction, study suggests — I long ago reached the point of assuming that homophobia was a combination of religious bigotry and repressed homosexuality. That reality has been confirmed over and over and over.

Don't Blame "Corporate Personhood" — Citizens United decimated what remained of campaign-finance reform, but the damage has been long in the making.

Tax rates are at historic lows — This is a fact. It is a true thing. You can look it up. But as with many facts these days, this fact is rejected by people who feel that facts are only factual if you “believe” in them. Thus we have one of the stranger aspects of American politics just now: Millions of citizens angry with President Obama for raising their taxes despite the fact that he actually lowered them. Welcome to conservative America, where reality takes a distant back seat to manufactured outrage and ideological convenience.

USDA to Let Industry Self-Inspect Chicken — Ah, the conservative dream of industry self-regulation springs to life again. What could possibly go wrong? Look how well it worked out for Enron, and Goldman-Sachs, and the entire mortgage industry, and the entire tobacco industry, and… (Via .)

Cantor Suggests Anti-Semitism Is A Problem Within The House GOP Caucus — What, conservatives? Discriminating against someone on the basis of religion or race? Just as inconceivable as conservative discrimination by gender would be. Inconceivable, I tell you.

The Sympathy Gap — Republicans, in their own words. Disgusting. (Snurched from Slacktivist.)

Condi Rice on veep slot: ‘Thank you, but no’ — Smart woman.

?otd: Are you sentimental, if you know what I mean? 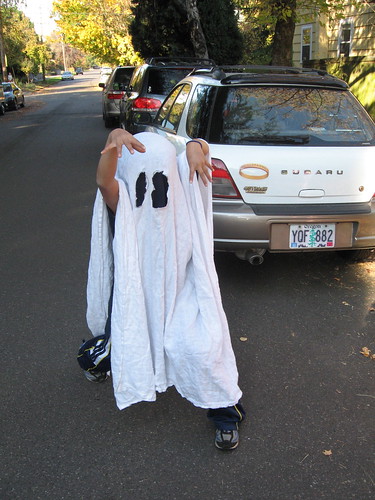 Ate me a Black Molly at Killer Burger in SE Portland for lunch yesterday. To quote their menu…

This was one of the tastiest burgers I have ever eaten. One of the best.

and I had dined there a month or two ago, when this location first opened. At the time she had the Peanut Butter-Pickle-Bacon burger, and I had the Jose Mendoza. Good, crisp fries came with, and they were quite satisfactory burgers, for only a couple of bucks more than fast food prices. I liked it to the point where I made a note to come back.

But the Black Molly… Basically this is the bastard child of a sloppy bacon cheeseburger and a Philly cheesesteak. (No whiz, I'm sad to say.) If you're an unreconstructed carnivore, the sheer, overwhelming savory meatiness of this burger is a major win. I like my food with a zing, so the chiles worked well with the combination, and what's not to love about provolone and mayonnaise? And the base of the burger, the patty itself, is almost perfectly constructed and grilled. We are talking an earthquake in the mouth.

My only complaint is that the juiciness of that combination of ingredients rather overwhelmed the bottom of the bun. I wonder if the Black Molly would profit from being on a stiffer, thicker roll of some kind. But from a mouth feel and taste point of view, this thing is made of 100% USDA Grade A win. One of my top five favorite hamburgers ever.

Highly recommended (unless you have a heart condition, are vegetarian, or lactose/gluten intolerant).

I realized something important yesterday while talking to my therapist. Yesterday was literally the first day in approximately three years that my life didn't feel like I was in crisis. From the onset of the lung metastasis in April of 2009, through that treatment course, then the collapse and aftermath of my relationship with , then the onset and treatment of the liver metastasis, then the new lesion we just cleared me from on Wednesday, my life has been a series of overlapping crises and stressors. Even in the times I wasn't either sick or heartsick, I was in fear of my life.

This has gone on so long I'd stopped consciously noticing. Which is weird but true. Sort of like forgetting that you're carrying a sack of bowling balls. Yet now, when for at least a few months, the crises are gone, I notice I'm no longer carrying the weight.

It's like bobbing to the top of the water after I'd long since forgotten I was trudging through the muck at the bottom.

I'll be curious to see how this affects me. Entirely to the good, I am certain, but I don't know yet what this feeling means for me in a practical sense, or how long it will last. Still, I welcome the change. Like sunshine after rain.