Tor Books goes completely DRM-free — Old news for those of you who follow ebooks, but just in case you missed it. Also, more from John Scalzi and Charlie Stross.

Beneath an Abandoned Hospital: Thoughts from Places — (Via .)

So Much Life on a Little Patch of Earth — Counting bugs in a backyard in Bellingham, WA.

Edison's Revenge: The Rise of DC Power — In a world of more electronics and solar energy, there's less and less need for AC power. Nikolai Tesla is spinning in his grave. Hopefully wrapped in copper wire while doing so.

Rage Against the Smart Meter — Seeing Big Brother in the grid, some citizens are mounting opposition to wireless electricity meters. Break out the tinfoil hats, boys.

Warm Ocean Waters to Blame for Antarctic Ice Melt — A new satellite survey indicates ice-shelf thinning is due to winds driving warmer ocean currents under the shelves. Yet another example of how liberals get the facts to conspire against the conservative version of truth.

Climate change proponent realizes he was wrong, but for the wrong reasons — What happens when a scientist gets the science wrong. This is as nutty as climate change denialism, from the other direction.

Brutality of Servility — An interesting take on the John Edwards trial. Ghu am I glad he didn't become president. This would have been worse than the Bill and Monica show.

Today We Pray for Women for Whom Pregnancy is Not Good News... — There are still some people in the Christian church who can look beyond their own prejudices and the deliberate misreading of scripture that characterize the Christianists of the forced pregnancy movement. (Snurched from Steve Buchheit.)

Newt Gingrich to suspend campaign — He truly believes he would be the best candidate for the party but recognizes the objective reality that recent primary voters have not agreed and intends to be loyal to the party. Um, Newt. You're a Republican. A leading light of the political party that explicitly rejects objective reality in favor of ideology, deliberate falsehood, bigotry and sheer wishful thinking.

Hail to Mitt: Romney Has a Big Night—Sort Of — Which he achieved mostly by pretending that the GOP had nothing to do with either creating the current state of the economy under the Bush administration, or with perpetuating the current state of the economy through their absolutist intransigence towards Obama. Luckily for Romney, Your Liberal Media supports that blatantly deceptive narrative, and millions of low information voters are happy to go along with it.

?otd: How high did you go yesterday? 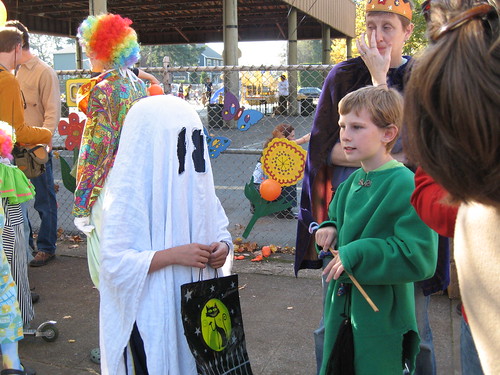 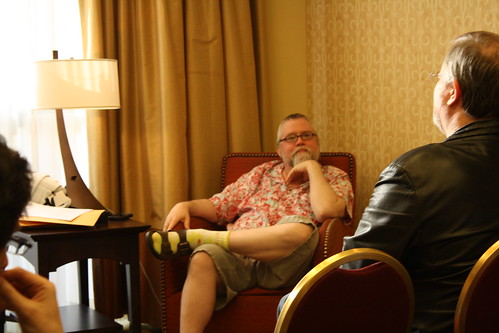 Me at my reading

Yesterday I finished the latest chunk of Their Currents Turn Awry, Sunspin volume 2. The manuscript now stands at 119,200 words, and I figure on adding about 30,000 more words with the last chunk. I'm definitely wrestling with some plot timing and sequencing issues, but that's absolutely a problem for revision. I am also emerging from the natural self-doubt of the eternal muddle in the middle, at least for this book.

It's nice to see it flowing. I expect 10-12 more days of writing time before I'm done with this draft altogether. It's a first draft, of course, so this won't be going out to first readers or anyone else (unless someone really insists, I suppose). Rather, it will be going into the drawer until about August. I have other fish to fry in the mean time, including working on the Going to Extremes proposal and possibly first draft, Kalimpura copy edits, a rewrite on Little Dog: Son of a Bitch once has drafted it, some short fiction projects including at least one novella, and maybe a run at the first part of The Whips and Scorns of Time, Sunspin volume 3.

Plus some other cool stuff in the works which I can't quite talk about yet. But trust me, it's cool.