Everything You Need to Know about the Hugo Award — In one handy chart. (Snurched from Andrew Wheeler.)

Sticking With Dropbox — A cursory but alarming analysis of Google Drive's terms of service. Short form: if you're producing copyrighted material for which you wish to protect first rights (i.e., if you're a working or aspiring professional author), for the love of God, don't use Google Drive. More comments on this from the same source, indicating this might not be such a big deal after all. I remain dubious. (Via .)

Dogfights on Your iPhone — This is cool. I want one. (Thanks to Dad.)

'GPS brain cells' seen in pigeons — Researchers have spotted a group of 53 cells within pigeons' brains that respond to the direction and strength of the Earth's magnetic field.

Jupiter and the Moons of Earth — APOD again. Though I have to wonder why the phrase "Earth's largest natural satellite" was used to describe the moon in this photo's cutline. Did we really need the adjective "natural" for clarity there?

What are Those Weird Spirals on Mars' Surface? — The giant coils suggest a mysterious network of valleys on the Martian surface were formed through volcanic activity.

More debunking of the ex-NASA 49 climate change deniers — Remember that embarrassingly bad letter written by 49 ex-NASA employees saying that global warming is a fraud and that NASA shouldn’t support it? Not that the people who need to read this piece will do so, and even if they do, they'll just dismiss it as part of the hoax. Sorry, climate change denialists, but the facts are seriously biased against you.

Women’s Prayer Group Praying That the Women at MRFF All Get Incurable Breast Cancer — As the hymn goes, "They will know that we are Christians by our love." And people wonder why I am an atheist.

Study of the Day: Even the Religious Lose Faith When They Think Critically — New research in Science shows that, unlike intuitive thinking, activating the analytical cognitive system promotes religious skepticism. Which dovetails nicely with the GOP's decades long effort to tear down education in this country.

Satanazis III: Night of the Satanazis — Maybe you’re thinking this is just a snarky post, mocking a bunch of fringe characters for their over-the-top rhetoric and their literal demonization of their political opponents. But these aren’t just fringe characters telling us that liberals are Nazis who murder babies and love the Satan whom they serve. These are Roman Catholic bishops, state governors, influential clergy and elected officials saying this. The great legacy of conservatism of this era will be how it legitimized absolute lunacy.

Using U.S. Dollars, Zimbabwe Finds a Problem: No Change — (Thanks to Dad.)

The Children of Fallujah - Sayef's story — The phosphorus shells that devastated this city were fired in 2004. But are the victims of America's dirty war still being born?

GOP Sets Up A Showdown On Violence Against Women Act — “Unfortunately in Congress, there are some who’d like to make this a political play. They’d like to make cheap shots and try to politicize it in an election year,” said Rep. Kristi Noem (R-SD). Right. Because no Republican ever has done anything like this, especially not to President Obama. We all know how principled the GOP is, after all.

We Are Not Stupid — Romney is still Romney and he’s still running as the head of a party that has spent the last few years pursuing a profoundly regressive agenda. Last few years? Try my entire lifetime.

?otd: Where did your week go? 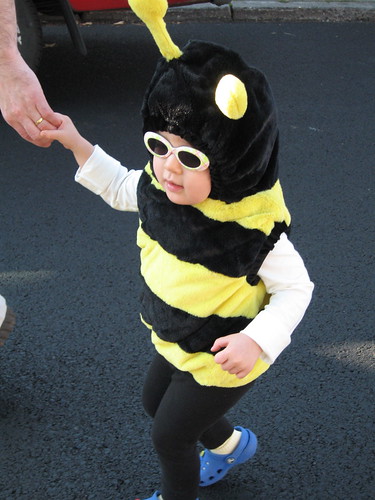 I'm off in a couple of hours to the clinic to have my chest port removed, for the second time. It's a very minor outpatient procedure lasting less than an hour under local anaesthetic only. Which involves a doctor and a nurse digging about in my chest for most of that time, via an entry wound just close enough to my right clavicle that I can't actually see what they're doing. Fairly twitchy about that, even though I've had this exact procedure before. The last time, I was so nervous that I took two Lorazepam before I went in. By the time I got to the clinic, I could barely walk, I was so looped.

I think I'll stick to one Lorazepam this time.

Of course, after mentioning last night to how well I sleep and how consistently I sleep well, I had a terrible night's sleep. Though I wasn't consciously worrying about the procedure today, I rather assume that medical stress played its part.

I've lunch with a friend from high school today, and I'm due at the Ooligan Press social tonight with and , otherwise I'd be tempted to pop two Lorazepam, call in a sick day, and sleep off the stress post-procedure.

So, yeah. Yesterday's no writing was due to schedule whackiness (of the good kind, a nice potluck dinner, among other things) and me wanting a day of brain break between sections of Their Currents Turn Awry. It's quite possible today will be no writing as well due to me being in a drug-induced haze and medically stressed out. Or not. We shall see.