Panel Discussion Moderated by Terry Bisson and Interviews with Rudy Rucker, K. W. Jeter, and Jay Lake — Rick Kleffel with a podcast of some of us Being Smart at SF in SF last February.

The Cultivation of Imagination — Art writing guru James Gurney with some interesting thoughts.

Monsanto Blamed For Bee Population Collapse, So It Buys Bee Research Firm — (Via .)

Space shuttle with horse and rider — I find this photograph striking.

Asteroids Could Be Mined for Fuel, Says Company — Orbiting spacecraft could be refueled with water taken from planetoids—but some experts doubt the economics.

Explaining the CISPA Cybersecurity Bill, the Latest Threat to your Privacy — Hoo boy.

Homophobic? Maybe You’re Gay — Why are political and religious figures who campaign against gay rights so often implicated in sexual encounters with same-sex partners? Because water is wet. Typical conservative hypocrisy, in the same vein as "The only moral abortion is my own."

The Public Doesn’t Share Romney’s Cold War Mentality on Russia — Ya think. Confidential to the Romney campaign: The Soviet Union hasn't existed for over twenty years. And they're really not a threat to Czechoslovakia, which hasn't existed for almost twenty years. Confidential to the rest of America: Tell me again why these GOP morons should be in charge?

John Boehner's poker face — In January, John Boehner couldn’t have been more confident about the state of the GOP majority. It was “nearly impossible” that Democrats might win the House back in 2012. In fact, the Speaker said, Republicans were well positioned to hold the House for the next decade. Ah, for the heady days of the Permanent Majority, when the GOP turned a budget surplus into a frightening deficit, reversed our paydown on the national debt, and launched a reckless trillion dollar war of choice. All of which is now Obama's fault, of course. Just ask any Tea Partier. No wonder people want the Republicans back in power.

?otd: Where did Lefty get the bread to go? 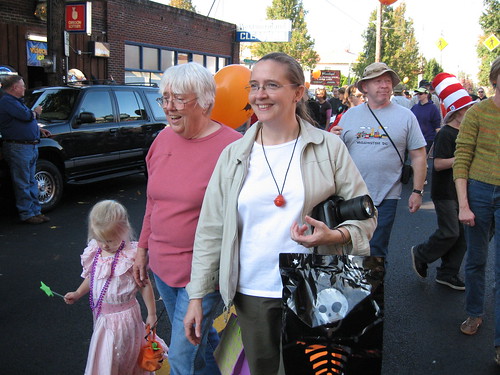 Looks like I'll be in Columbus, OH the second week in May on Day Jobbe business. Due to my meeting schedule, I'll be spending Friday night there before flying home on Saturday morning. I'm declaring an Open Dinner in Columbus, location TBA, at 6:30 pm on Friday, May 11th.

Please let me know in comments if you can attend. I'll repost this a couple of times, along with restaurant info once I know what's what. Doesn't matter if we're old friends, acquaintances, or we've never met. If you can read this and will be in the Columbus, OH area that day, you're invited.

Watch this space for more details.

Yesterday, in a fit of optimism I had my chest port removed. The surgeon distracted me by chatting about publishing the whole time, while poor watched. She and the physician's assistant N— both used my iPhone to photograph the procedure.

This work by Emily Siskin and N— is licensed under a Creative Commons Attribution-Noncommercial-Share Alike 3.0 United States License.
Collapse