Is Google Drive worse for privacy than iCloud, Skydrive, and Dropbox? — Another analysis that finds a more balanced outcome. (Via .)

New York faced with swarms of bees which feed off human SWEAT — It's the bee zombie apocalypse!

An astrological rarity: Venus moving across the sun in May — An offensively stupid headline in WaPo to describe an interesting astronomical event.

Rubber Chicken in Space — This photo is hilarious.

The Trust Molecule — Why are some of us caring and some of us cruel, some generous and some greedy? Paul J. Zakon the new science of morality— and how it could be used to create a more virtuous society.

What the Secret Service could learn from drunken sailors

“America Does not Go Abroad in Search of Monsters to Destroy” – John Quincy Adams — Old John Quincy Adams ain't careful, he'll find himself drummed out of the Tea Party for not following the wisdom of the Founders. No, wait… Help me, Rush Limbaugh!

Behind the Right's Phony War on the Nonexistent Religion of Secularism — Because in conservative America, the lies drive fund raising and votes much better than the truth ever does. My ongoing offense at this arises from the intersection of allegedly high-minded moralism on the Right and the flat-out, knowing false witness borne by these high-minded moralists on the Right. Christian conservatives cynically threw out their own Ninth Commandment decades ago in pursuit of political gain, all the time declaring that atheists like me are immoral. (Snurched from Slacktivist Fred Clark.)

Surrendering On Marriage — A truly conservative party would be pushing marriage equality, as the Tories are in Britain. What the GOP is, in stark contrast, is not a conservative party governing a modern society. It's a radical fundamentalist and anti-government religious movement, dedicated to a core rejection of almost everything modernity brings but money.

Let’s just say it: The Republicans are the problem. — We have been studying Washington politics and Congress for more than 40 years, and never have we seen them this dysfunctional. In our past writings, we have criticized both parties when we believed it was warranted. Today, however, we have no choice but to acknowledge that the core of the problem lies with the Republican Party. The GOP has become an insurgent outlier in American politics. It is ideologically extreme; scornful of compromise; unmoved by conventional understanding of facts, evidence and science; and dismissive of the legitimacy of its political opposition. So glad you finally noticed.

Mitt Romney stays put — He hopes to win the White House by doubling down on small-government conservatism. Yeah, that worked out so well for the country under Dubya.

Ready for the Fight: Rolling Stone Interview with Barack Obama — The president, in the Oval Office, discusses his job, the opposition and the coming campaign.

?otd: What do you celebrate? 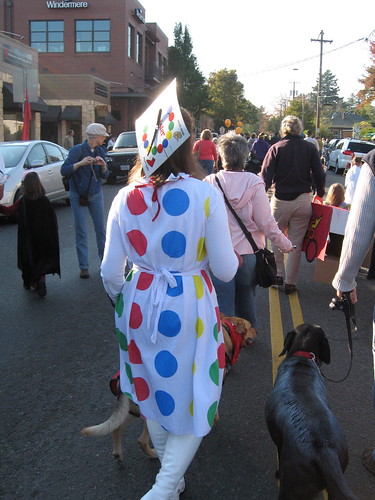 Had a good time yesterday at Ooligan Press' Write to Publish conference. was there, as was , Jason Brock and a number of other folks. Plus I meant some neat new people, including Allison Moon.

It was a well-run conference put on by Portland State University's student-run press. The panels were nicely moderated with some good questions. The mix of folks attending was rather different from what I see at SF conventions, et cetera.

I dragged a little more than I expected I would, due to pain and fatigue from Friday's chest port extraction. Still, very glad I went. Wouldn't mind going again next year if they do more genre stuff.

Four years ago today I was admitted to the hospital with copious rectal bleeding, which turned into my cancer diagnosis.

Today I'm having family and a few friends over to celebrate the fact that I've survived four years with Stage Four colon cancer. As it happens, this past Friday my second chest port was removed, so we'll be honoring that outbreak of optimism as well.

I got to keep this one: 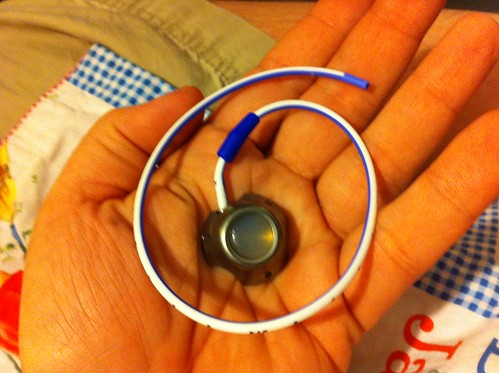 So, yeah. My brain's been kind of eaten these past few days, but the stress is basically good stress. Getting my life back, at least for a while.

Today: Happy Cancerversary. Tomorrow I'm off to Omaha, back on Their Currents Turn Awry, and back to real life