How the Professor Who Fooled Wikipedia Got Caught by Reddit

Australasia has hottest 60 years in a millennium, scientists find — Study of tree rings, corals and ice cores finds unnatural spike in temperatures that lines up with manmade climate change. Amazing how the liberals even manage to get tree rings and coral reefs onto the climate change conspiracy. Good thing we have the GOP to remind us that the truth isn't before our lying eyes.

Legal Experts: Sodomy Is a Civil Right — Unfortunately, so is bigotry. And hypocrisy. (Via .)

Gay Marriage: The Republican Love Affair With the Past — In 2005 the Supreme Court made sodomy legal in all 50 states and since then there have been absolutely no reports of anyone turning into a pillar of salt. To be fair to the conservative viewpoint, we've all seen how places like Canada and Massachusetts have collapsed into apocalyptic Socialist hells since the advent of gay marriage. I mean, just look at the divorce rates in Massachusetts compared to the good, American gay-hating Red states. Oh, wait, never mind.

?otd: How many MC's must get dissed? 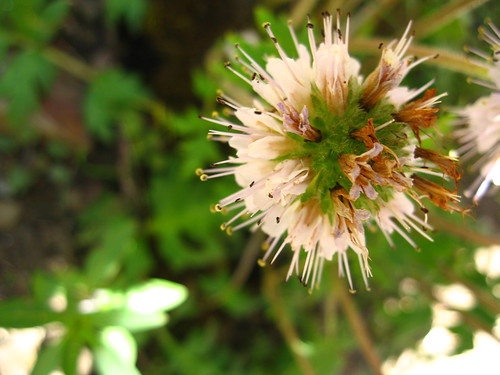 Today is the second full day of Paradise Lost, the writing conference I'm at in San Antonio. We've got a good crew here, including fellow pro mentors John Joseph Adams and Steven Brust, as well as organizer Sean Kelley, my good friends @dratz and Mrs. @dratz, and ton of other fun, interesting people, including a guest appearance from yesterday evening, and a guest appearance from my cousin the park ranger this coming evening.

Why the hell do I come to these things anyway? Oh, the food. And drinking. (Though in truth, very little of that for me and my liver.)

It's a fun group having a fun time being writers together. I like this part of the writing life, a lot.

Meanwhile, I have a lecture to go be a part of shortly.

About four years ago here on the blog, I mentioned the concept of "giraffe rules" [ jlake.com | LiveJournal ]. As I said at the time:

“Please don’t eat the giraffe” rules […] are the kinds of rules any society has which no one ever thinks to spell out in so many words, until someone comes along who tries to eat the giraffe. If you’re a parent, you’re pretty familiar with these rules, because kids are always finding some giraffe to eat. If you hang out with writers, many of whom are the beneficiaries of what at the kindest could be called quirky socialization, you run into some of these same rules. (And of course, there are places in the world where “Please don’t eat the giraffe” may well be a needed social rule.)

So a while ago, commented that she thought that Mother of the Child and I weren't very good parents.

"Why?" I asked her, quite curious about this utterance.

"Because you don't give me very many rules."

"Well," I pointed out, "You don't need a lot rules. You pretty much behave yourself. Parents make rules when kids do things they shouldn't."

Such as trying to eat the giraffe.

There are so many unwritten rules in society. Not just unwritten, but even unconscious. A favorite example of mine is the priority of seating in an automobile. With the partial exception of a socially flat group of peers (such as high school kids of the same gender and clique in the same year-class), we almost always know who's going to sit where in a car without having to ask. If you begin to pick at how that works, it's a pretty complex hierarchy with a lot of exception management. Who owns the vehicle? Who has the keys? Who is dating or married to whom? Who's infirm or elderly? Who's exceptionally tall or short? What's the gender mix? What's the age mix? And even for peers, there's a protocol. Calling "shotgun", for example.

Yet no one ever sits down and explains this to people. We all just know, by some magic osmosis. We'll call these shotgun rules.

So there are giraffe rules, which are so obvious they aren't normally stated at all, then there are the shotgun rules which are the opposite of obvious, maybe even vanishingly subtle, but they aren't normally stated either. And believe me, being a parent brings both sets of rules to consciousness, especially if you have a kid like mine, who spends a lot of time analyzing other people's behavior. Or likewise if your kid's on the autism spectrum, you spend a lot of time explaining these rules.