Just What the (Bleep) Do I Think I’m Doing? – Redux — Richard Parks Is Wise on process.

The Oatmeal responds to a Forbes article criticizing the recent Tesla comic — This is freaking hilarious.

A really striking Absolut ad masquerading as a short film — This is a lot of fun. (Via .)

Gotthard Girl's Pioneering Intestine — Headline of the week. Do you even care what the story is about? (A historical map of European railroads, btw.)

Can a Surfboard-Sized Watercraft Cross the Pacific on Wave Power Alone?

Career Prospects in the Pain Business — Interesting bit of political media theater. (Thanks to .)

North Carolina Pastor: Pen In ‘All The Lesbians And Queers’ With An Electrified Fence, Wait For Them To ‘Die Out’ — Man, I can really feel the enlightening warmth of that Christian love for their fellow man from all the way over here on the West Coast.

NBC, Fox, CBS etc. Protest transparency requirement on Political Advertising — Yeah. Because why would any citizen ever want or need to know that stuff? I should think no matter what your politics, this seems like an issue.

It’s Official: Watching Fox Makes You Stupider — According to a new study by Farleigh Dickinson University, Fox viewers are the least knowledgeable audience of any outlet, and they know even less about politics and current events than people who watch no news at all. But isn't that the whole point of Fox News, to foster a cohort of angry, low information Republican voters?

The Conservative Fantasy History of Civil Rights — Once you endorse counterfactual beliefs in any area (i.e., evolution denial), you enable them in every area. In historical terms, this may be the besetting sin of the conservative movement as it has developed in my lifetime. I can remember when conservatives were realists, but those days are long gone. (Thanks to .)

Bennett Backs Off Birther Threat, Apologizes To Arizona — I wonder what this is about? I mean, it's not like Republicans have ever had any shame regarding even their most blatant distortions of truth. And btw, this guy was the Romney campaign chair for Arizona. Did you know that? Any guesses on how Your Liberal Media would have reacted to an Obama campaign chair threatening to keep Romney off a state ballot? 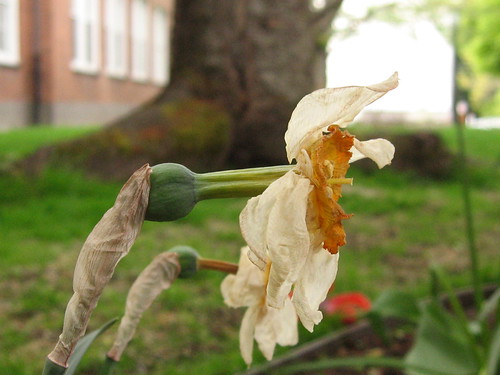 On Saturday at Paradise Lost II in San Antonio this past weekend, we took up a collection to fund a cheese spread. @dratz, @itsaJuliasaurus, @gwenthing and I then hied ourselves over to pillage Central Market on Broadway. We did pretty well by it.

Unfortunately, due to the impending hunger of the crowd upon our return, I did not have time to photograph the spread in detail as is my wont. I did, however, keep the receipt. Forthwith, here is the photo and an accounting of the fruits of land and cattle therein.

From the top, clockwise:

Mortadella with pistachios
It's my understanding that true mortadella is illegal to import into the U.S. The bologna from hell, basically. I like it grilled.

Sopressata citerio
The closest thing to a basic salami in this spread. A flavorful cured meat that isn't particularly challenging to most carnivorous palates.

Proscuitto di Parma (30 months)
One of my perennial favorites, though not everyone enjoys the slight muskiness of this Italian ham.

Hot capicolla
As @psursi said, this is salami for grown-ups. Assuming that by "grown ups" you mean people who like their lips to tingle when they eat meat.

Jamon Iberico
A very rich, smooth Spanish ham with some similarities to proscuitto.

Affidelice au chablis
A blended triple creme with a chablis-soaked rind. Quite tasty and rich as expected.

Chimay
Not the grand cru cheese, but their regular cheese. A good inclusion for the less adventurous cheese eater, as it is creamy and smooth and doesn't get into fistfights with one's tastebuds.

Delice de Bourgogne
Another triple creme. If you're not familiar with that kind of cheese, think of this as what Philly Cream Cheese gets to be if it eats its Wheaties and says its prayers and goes to cheese heaven when it dies.

Eiffel Tower cremeux triple creme
A third triple creme, because how much rich smoothness is too much?

Mimolette (12 months)
A hard, aged cheese that is rather bright orange, with a sprightly tang.

Manchego (4 months)
Young manchego runs a bit bitter and zingy, but without the oily, crumbly texture of aged manchego.

Sottocenere al tartuffo
My personal favorite cheese, a mellow Italian with truffle oil in the milk and truffle inclusions whose flavor has a complex finish much in the fashion of a good wine.

Valdeon bleu
A mixed milk Spanish blue that kicks ass, takes name and starts fights in your mouth. Not for the faint of heart, but awesome if you're a blue cheese fan.

Epoisses
A cheese whose rind is an offense against nature, but once you get past the stinky feet smell, tastes like butter on steroids.

Barkids moon
A new cheese we tried on a flier. Didn't impress me, seemed serviceable enough in a middle of the road way. Flavorful.

Cantal (6 months)
Somewhat parmigiana-like French cheese that was also new to me.

Sometime this past week (it's all something of a blur now), I was having a conversation about realism in fiction. I think this was with @madge707. We weren't talking about realism as a literary movement, but rather the more plain meaning of the word. Specifically, the balance between enough detail and too much detail.

As they say, you can't fool all of the people all of the time. It's simply not possible. Someone with special knowledge is going to be a much more critical reader of fiction in their knowledge domain. The amount and precision of medical information I would have to put into a short story about doctors in order to satisfy a medically-trained reader is far greater and more demanding than what I would have to put in to satisfy a general reader. On the other hand, there are a lot of doctors and nurses and med techs and so forth out there, so this is probably worth getting right.

Another example of this is a short story I read some years ago, possibly in a Writers of the Future volume. In it, the protagonist is time traveling, and flips through a series of historical vignettes. At one point, the arrive atop a yurt in Genghis Khan's horde, and climb down the central tent pole to take some action. This threw me out of the story, first of all because "yurt" is a Russian word, and to Mongolians, it's a "ger". Second of all, gers don't have a central tent pole. They have a pair of offset poles supporting a central ring. Why do I know this? Because I've spent time in Outer Mongolia, including visiting and sleeping in actual Mongolian gers. However, this is a knowledge domain that I share with about seven of the people who ever read that story.

One of the challenges of being a writer is knowing where to set that dial. When does reality trump realism? Sometimes the actual details really are less believable than the fictional details.

The example that had generated the conversation was that @madge707 was working on a story about a San Francisco police detective. In the SFPD, detectives are titled as "inspectors". Someone in her critique group at the conference was confused by this, not realizing this bit of San Francisco detail. So the question was, did she go for the reality, which was confusing, or the realism, which was erroneous. (Obviously, there are fairly simple ways to resolve this, it's just an example.)

I provided a similar example from living in Portland. While Portland has a police department, just like virtually every other city or town in the United States, the Portland police department is formally known as the Portland Police Bureau. (The fire department is the Portland Fire Bureau, etc.) I'm not even sure most people in Portland realize this. It's not prominently painted on the police cars or anything. Almost certainly no one outside Portland knows this unless they have special Portland knowledge. So, as I said to @madge707, if writing about crime in Portland, would it be confusing to refer to the Police Bureau, or the PPB? Because that would look odd to most American readers, who expect the term "Police Department".

A couple of days later, I'm reading Mark Teppo's excellent and gripping novel Lightbreaker [ Powells | BN ] (which I have since left on an airplane, forty pages from the end, grrr) and what do I find but a reference to the Portland Police Department, being used by a character who is a cop from the Seattle Police Department. The reference is in initial caps, i.e., the proper name, which is of course, not correct. Something the character in question would absolutely know better than to do, insofar as real life goes.

I cracked up hard.

Ah, the magic of synchronicity.