The Nebula Awards 2012: A Look Back And A Look Forward — James Patrick Kelly and John Kessel in HuffPo.

Calvin and Hobbes on unfettered creativity as a writer — Hahaha.

War of the Worlds: The True Story — A new indie flick coming out that looks pretty cool.

Impacts Spreading Life through the Cosmos? 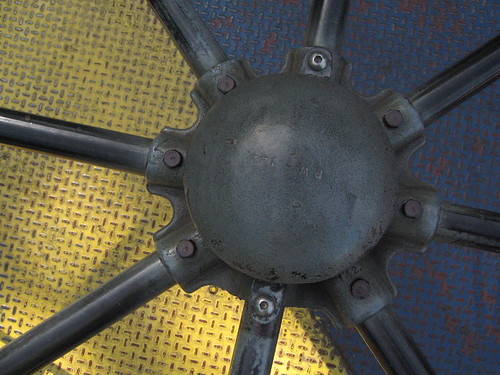 Yesterday was even more entertaining that Thursday. I cracked my happy ass out of bed extremely late by my own standards, hit the health club for some time on the stationary bike, then caught breakfast in the Green Room. After some bloggery and email time and whatnot, I had my massage — And how cool is it that World Steam Expo has a masseur on retainer for the pros!? — and then went exploring. This eventually involved use of the hot tub, among other things.

I spent a decent chunk of the day hanging out with the inestimable Howard Tayler, who created a truly impressive steampunk caricature of me. (When I get home, I shall scan and post this, but at the moment it is my badge art.) Howard is his own self hanging out in the Aegis room, which is basically a camp for combat geeks. Inside the Con hotel, these cats have a rappelling tower, weapons training with actual pointy objects, a bunch of Nerf weapons, and a Victorian encampment. They are pretty much a real life incarnation of the Black Briar group in J.A. Pitt's Black Blade Blues [ Powells | BN ]. The Aegis group helped me make a notable entrance to opening ceremonies.

Also spent a lot more time partying with The League of S.T.E.A.M. and a whole bunch of other folks, including briefly running across the few people besides Howard that I actually knew before I turned up here. Specifically, Gail Carriger, G.D. Falksen (who has an important planet named after him in the Sunspin universe) and Evelyn Kriete (who is responsible for me being invited to this convention). I caught the last part of the The Men That Will Not be Blamed for Nothing concert.

I even got a bit more work done on Going to Extremes.

Today I have lunch with Howard, a High Tea to host, and a plan to hear some more excellent performances. A bit more programming tomorrow.

Interestingly, I am way off my normal schedule here, even my normal convention schedule. I'm not sure what clock I'm living on, but it's neither Jay time nor Con time. I'm just going with the flow. Which it turns out is remarkably difficult for me to do. I feel twitchy about not being up at 5 am exercising (hard to do when you're going to bed at 2 am) and why I'm not writing more.