What appears to be a Korean review of Green — Even with Google Translate, I can't figure out if this is positive or otherwise.

The 18 rules I learned in my 1st year as a full time writer — Myke Cole is funny.

Shall we gather at the river? — Roger Ebert on the iconic John Wayne. I love the way this man writes.

To Save Some Species, Zoos Must Let Others Die

Radioactive bluefin tuna are likely to decrease over time

Sentinels of the Arctic — APOD with a gorgeous photo of strange snow formations in Lapland.

Looking Back at an Eclipsed Earth — This is cool.

Soviet Moon Lander Discovered Water on The Moon in 1976 — The last Soviet mission to the moon, Luna-24, returned to Earth with water-rich rocks from beneath the lunar surface. But the West ignored the result.

The Secret Army inside the Army — The growth of Special Forces. Wasn't this a Rumsfeld initiative as well?

Hundreds of words to avoid using online if you don't want the government spying on you (and they include 'pork', 'cloud' and 'Mexico') — Because pork is a threat to our nation's vital security interests. Feel safer now? (Via .)

Romney’s run evokes pride, fear in Mormons — Actually, when the LDS inserted itself so heavily in the Proposition 8 vote in California, they opened themselves to the kind of politically-oriented criticism this article says adherents now fear from the Romney run. In this context, once you make someone else's morals and private behavior an issue, you make your own an issue. Since Prop 8, I have no sympathy whatsoever for the Mormons undergoing critical public review.

Amercia! Epic Mitt Romney App Gaffe Goes Viral Online — Now, imagine the reaction from Your Liberal Media and the conservative commentariat if the Obama campaign had done this.

What The Pushback On Obama’s Spending Claim Ignores — On the campaign trail, President Obama has touted recent data that dispels the notion that he has embarked on a spending binge — and his Republican opponents, citing various fact-checks, are aggressively pushing back. Part of the pushback, it turns out, inadvertently proves Obama’s larger point. Ya think?

?otd: Who is the savior of the universe? 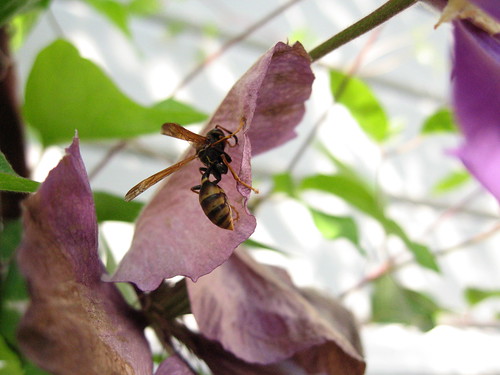 Coming back from World Steam Expo, I changed planes in Dallas. I was sitting in the gate lounge at DFW minding my own business when a woman sat down next to me. We exchanged a few polite words, then she had a peevish phone call, which I ignored. She got off the phone, sighed, then gave me a long look before asking if I took this flight very often.

That evolved into a conversation about flying. It became very quickly apparent to me that she was quite worried about the flight. (Hence her peevishness.) So I spent some time talking calmly about the experience, with a few thoughts about what the fear meant and how I might speak to it if this were my fear.

I know full well that fear of flying isn't born out of rational risk assessment. So do most if not all fearful fliers. She didn't need to hear that from me. It would have just been me calling her foolish, which was both untrue and beside the point.

Rather, I gently reminded her that the flight crew and the cabin crew wanted to get there safely at least as much as she did. We talked about keeping the window shade down at take-off so as not to watch the world blur by, and closing one's eyes so the acceleration pressure felt like a giant, brief body massage. I told her what to expect from the DFW-PDX flight.

In turn, she told me that she was traveling to be a caregiver to a close family member in Portland undergoing a major medical procedure. That was the only reason she was setting foot on an airplane for the first time in several decades. Her flight to DFW from a regional airport had been aboard a much smaller plane with a fairly bumpy ride, and it had stirred her fears.

In the end, I went to board the plane as she went to buy a snack for the flight. I didn't think much more about the conversation. As she boarded a few minutes after I had taken my seat, we exchanged smiles.

Then, just before the gate agent closed the door and locked down the flight, this poor woman fled the plane in the grip of an obvious panic attack.

At that point, I suddenly wished I'd been more focused during our conversation and offered to switch seats to sit next to her. I tried to get up to say something to the purser and the gate agent, but I was in a window seat and they were closing up the flight. There simply wasn't time.

She didn't make the flight. Which means she didn't get to Portland, at least not Monday night, to care for her family member. I don't know what did happen to this woman, and I never will, but I really regret not being just a little more thoughtful. Because I'm pretty sure that sinply by giving her someone sympathetic to focus on, I could have kept her on the plane.

Some photos from World Steam Expo...