A reader reacts to METAtropolis — A thoughtful, engaging review.

Please Learn to Write — Interesting take on process. (Via X—.)

Google in the News — Scrivener's Error with some more on the banal evil that is the Google Books Settlement.

In Skull Analysis, Charting the Path From T. Rex to Falcon

The Enigma 1,800 Miles Below Us — The real journey to the center of the Earth.

There Is No Digital Divide — A concept that animates hundreds of millions in Federal spending needs to be retired. The sociology of technology.

North Carolina Bill Would Have State Ignore Faster Rising Seas — Meanwhile, back in the reality-based community… Question: Are conservatives ever ashamed of their pervasive intellectual dishonesty? Even if only in the privacy of their own minds?

Belief and scepticism: creating nonsense by mislabelling scientists and deniers — Ah, the magic of framing. [Climate change s]ceptics, as portrayed in the media circus, are completely mislabelled. Those who deny actual evidence cannot be called sceptics. They begin by believing in the rightness of their cause, and then cherry pick their facts. No true sceptic would develop an argument based on bias alone. (Snurched from Slacktivist Fred Clark.)

Many "Pro-Life" Americans Don't Want to Outlaw Abortion — As conservatives love to say, don't let the government come between a patient and her doctor. Intellectual consistency: it's that simple. (Snurched from Slacktivist Fred Clark.)

Heart of gay marriage law unconstitutional, appeals court rules — Hey, what do you know? For once bigotry and hatred don't triumph in our courts.

Wal-Mart ending membership in conservative group — Unlike ACORN, ALEC has done significant material harm to American society. I'm amazed, though, because meaningful consequences for conservative excess are so vanishingly rare. Lately there have been unusual outbursts of accountability.

Hope: The Sequel — For Obama & Co., this time around it’s all about fear.

?otd: From intro to outro, is it absolutely rock solid? 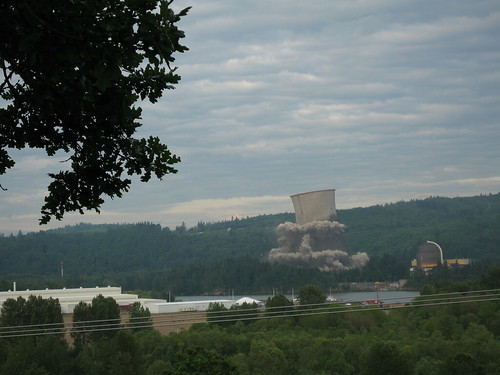 I'm just a little too young to be of that generation that took the Jetsons' future seriously. Yet despite having for the most part grown up in the 1970s, I existed on a steady diet of 1950s and 1960s science fiction. I didn't discover the New Wave until about ten years after the fact. So as much as I love the identity paranoia and dystopian pessimism and ingrown self-referentialism which came to be such a part of our field in those years, those trends didn't really take hold of me during my formative phases.

No, I still remember optimism. I remember watching the moon landings with my Granddaddy Lake. I remember the unbounded future.

As so many of us have asked over the years: Where the hell are my jetpacks and flying cars, anyway? Instead we got MTV and Coke Zero. Was that really worth it?

A First World perspective? Surely this is. On the other hand, I'm a First World person. And one of the neat things about the bounded future is most of its benefits eventually transcend even those barriers. Microlending in Bangaladesh, mobile phone networks in the Amazon, cheap and effective medical tests for pervasive Third World diseases. These are part of the bounded future as well.

For my money, the single coolest thing about living in the future is realtime, interactive mapping on my smartphone. That's my nomination for most disruptive and beneficial day-to-day technology. Think about what you did once upon a time if you were lost. You could be a block away from your destination, and have no idea. Even with a good map, you could be right where you belonged on a country road somewhere, and have no idea. An analog map can't tell you where the nearest Mexican restaurant is or the price of gas in the town you're passing through or how heavy the traffic is on the highway up ahead. Realtime, interactive mapping has made huge and subtle changes in how I think about moving through the world.

Tomorrow morning, and Team E— are coming over. We're going to spend most of the weekend sorting and cleaning my basement and garage.

It's become a chamber of horrors down there.

Some of that is due to significant neglect on my part during my bouts of illness these past few years. I pretty much gave up on my basement while dealing with the problems of using the stairs while on chemo. However, most of the problem is my hoarding tendencies. I'm not out of control, Nuevo Rancho Lake is not a garbage house. But let's just say I can see the edge from here.

Simply put, it's very hard for me to throw anything out. It might be useful! It might contain a special memory! Every time I throw something away, a week later I want it for something!

So my friends are going to stand on my toes and force me to think about what needs to be kept and what needs to go. Yes, that thirteen-year-old Sam's Club flat of peanut butter originally bought for Y2K probably doesn't need to be kept. Even I can see that. But what about my fifth grade Little League uniform?

I would love to get it all down to one room's worth of stuff. That will never happen, if nothing else because I have too many family heirlooms and antiques that I can't and won't simply give away. Plus the usual appurtenances of a household, like a dining table and a couch. But I sure could get rid of a lot of what clutters my world and simplify.

If only I could.

So, getting by with a little help from my friends this weekend.