Meet the Author Jay Lake — I'll be speaking at the Milwaukie Ledding Library on Thursday, June 21st at 7:00 pm. If you're in the Portland area that day, please come on down.

Downtown's houses: The ornate, the restored and the unnoticed — Portland architecture. (Via .)

Mayhem in the lab is productive — Anarchy, vindictiveness, and spite: this book has it all.

Quantum computers will be able to simulate particle collisions

Let’s (Not) Get Physicals

Heartland Climate Scam Sinking, but so is Planet — Heartland’s head, Joe Bast, complained that his side had been subjected to the most “uncivil name-calling and disparagement you can possibly imagine from climate alarmists,” which was both a little rich — after all, he was the guy with the mass-murderer billboards — but also a little pathetic. A whimper had replaced the characteristically confident snarl of the American right.

EPA planes spying on ranchers? Lawmakers want answers — A Nebraska cattlemen’s group is pushing the Environmental Protection Agency to stop pollution-control flights over ranches, claiming it amounts to spying on citizens. EPA, meanwhile, says the flights are an effective way to quickly spot -- and stop -- pollution from manure lagoons and other waste at large livestock operations. As usual, even conservatives hate conservative policies when applied to them personally. Drone flights looking for illegal immigrants or terrorists are just fine, but drone flights looking for violations of the law by white Republicans are an invasion of privacy. Ah, the justly famed intellectual consistency of the conservative mind strikes again.

Romney Camp Defends Poor Jobs Record: He Inherited A Bad Situation — Team Romney defended Massachusetts’s poor ranking in jobs creation during Romney’s tenure as governor Sunday, saying that Mitt Romney inherited a bad situation and improved it—the same argument the Obama camp uses to defend the president’s record to voters. See, when you're a Republican, it's okay to blame things on the previous Democratic administration, but when you're a Democrat, it's not okay to blame the previous Republicans. Speaking of that much vaunted conservative intellectual consistency.

?otd: Did you turn your back on Mother Nature? 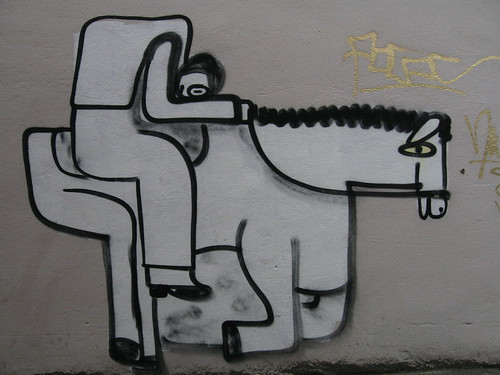 A few faces from Sunday's departure of the eighth grade class on their big trip. keeps growing up.

This is a repost, which I will roll forward a couple more times before the party this coming weekend

In celebration of my natal anniversary, JayCon XII, my 12th annual 37th birthday party, is this coming Saturday, June 9th, 2012 from 2 to 5 pm at the Flying Pie in SE Portland. We're partying because I was born, and because I have beat cancer again and again.

Also, if you're coming from out of town, and you think I might not be aware of that, please contact me.