Some reader reviews of my work — At Fantasy Literature.

with an open letter to Ridley Scott concerning the film Prometheus [ imdb ] — Wow, that is some sophisticated ranting.

Chart House Birthday — My sister's photo set of my birthday dinner this past Wednesday.

Questions about life — A survey, courtesy of the Niece.

Beware the Pedtextrian — Heh. (Thanks to , a/k/a my sister.)

Mystery of Big Data’s Parallel Universe Brings Fear, and a Thrill — And so it goes in the era of what is called Big Data, in which more and more information about our lives — where we shop and what we buy, indeed where we are right now — the economy, the genomes of countless organisms we can’t even name yet, galaxies full of stars we haven’t counted, traffic jams in Singapore and the weather on Mars tumbles faster and faster through bigger and bigger computers down to everybody’s fingertips, which are holding devices with more processing power than the Apollo mission control. Big Data probably knows more about us than we ourselves do, but is there stuff that Big Data itself doesn’t know it knows? Big Data is watching us, but who or what is watching Big Data? (Via my Dad.)

Snacks with few ingredients that you can pronounce — "Monosyllabic nature-fetishism?" Really?

Artificial cells evolve proteins to structure semiconductors — This headline brought to you by the future.

Huge tsunami dock washes up in US — Ah, Oregon. (Thanks to Sally McLennan.)

Take Pride — This last Sunday, for the first time in its history, there was a specifically Mormon section of the Utah Pride Parade.

?otd: Coming to my birthday party? 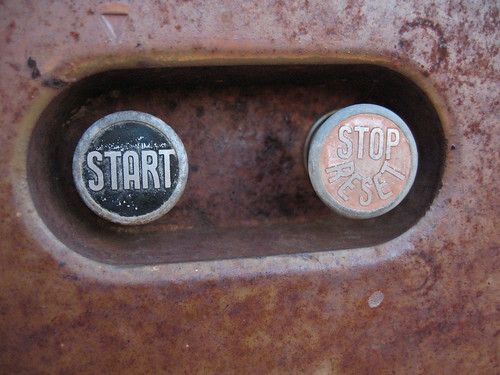 I've been mulling over some other aspects of my delightful weekend at World Steam Expo. Specifically, I've been thinking a lot since that convention about how the creative process works for differently for people in different creative fields, and in turn, how that might inflect my own writing.

Watching the League of S.T.E.A.M. from up close was fascinating. Likewise talking to members of Abney Park and Steam Powered Giraffe, as well as watching the other bands, troupes and performers there.

In simple terms, what I saw was creativity expressed as a tightly interactive process.

The creativity of writers of print fiction is very much an internal pursuit. We work alone, usually in privacy. Even writers who collaborate generally do that serially rather than through face-to-face interaction. (As I understand it, this happens differently for the script writing staff of television shows, so it follows that the solitary work pattern is not universally true of writers. Journalism, to mention another counterexample, is arguably an interactively collaborative process in another sense.) Creativity runs silent and deep for people who write novels and short stories and poetry.

By contrast, the creativity of actors, at least in the context I saw at World Steam Expo, was absolutely a participative, iterative process. The League of S.T.E.A.M. were in character much of the time, even when they were not out in public. When not in character, they were thinking and talking about character, or performance, or script, or costuming, or props. They live their parts, moving in a literal swarm of multidimensional creativity. Likewise some of the other performers. I never saw Spine from Steam Powered Giraffe out of his makeup all weekend.

As a writer, I live my parts, the stage being inside my head. But that stage and its creativity are contained between the privacy of mind and the interface between my fingers and my keyboard. Like I said, a profoundly internal pursuit.

What would it be like to pull half a dozen writers together in big room and actively, verbally brainstorm a story from conception to completion? Sure, we sit around and talk about ideas sometimes. Sure, we consult one another on technical or plot details. But what would it be like to live our way through that process? Participatively, iteratively.

It's not that I think the current process of writing is broken. I don't, not at all. It's just that I received a glimpse into a different process. It's a new toy, and I'd love to try that out.

This is a repost, which I will update one more time tomorrow

In celebration of my natal anniversary, JayCon XII, my 12th annual 37th birthday party, is this coming Saturday, June 9th, 2012 from 2 to 5 pm at the Flying Pie in SE Portland. (That's tomorrow.) We're partying because I was born, and because I have beat cancer again and again.

Also, if you're coming from out of town, and you think I might not be aware of that, please contact me.