China is days away from launching three astronauts

Poppy Chic — I used to think the Reagan legacy of corruption, incompetence and corrosive politics had been destructive for America, until the old fraud was eclipsed by Bush 43 and movement conservatism. Now I actually recall the Gipper somewhat fondly by comparison. In either case, Bush 41 bears significant responsibility for both.

?otD: Whose idea was this whole Monday thing, anyway? 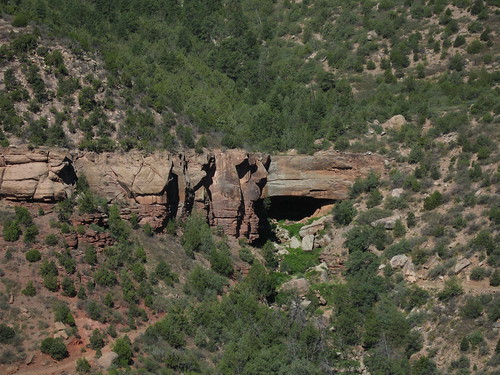 This is from my senior year in high school, spring of 1982 to be specific. It's the first short story I can remember writing. (Prior to that point, I was all about the poetry.) This was a class assignment, to write in the style of Charles Brockden Brown's Wieland [ Powells | BN ]. I believe I was also influenced by Rosemary Sutcliff's The Silver Branch [ Powells | BN ].

JayCon XII was certainly the most complicated JayCon ever. I don't think it was quite the best attended, though we certainly had a full house Saturday at the main event. But things started this past Wednesday on my actual birthday, and officially finished yesterday. Beyond that, there are still residua extending into this week.

In a word: Exhausting.

In a better word: Amazing.

Saturday started with the promised breakfast at Pine State Biscuits. Alan Roberts came by with Victorian largesse and good humor.

We then went home and mellowed out for a few hours before proceeding to Flying Pie early for set-up. That would be me, , Lisa Costello, Gabrielle Harbowy, and Fanny Valentine Darling, plus half of Team E—. There were some small logistical snafus, but we got it rolling in time for the party.

Pizza was provided, of course, by the restaurant. The Lake family's traditional Mama Dudley cake was provided by my (step)mother, as well as a gift of red velvet cupcakes from Robots Love Cupcakes sent courtesy of Debra Stover, and a delicious selection of brownies provided by Janet Happe Lunde. And people.

Lots and lots of people.

I can't even begin to name everyone who was there, and am afraid to try. Suffice to say dear friends and new acquaintances alike turned up from afar afield as Maryland, Texas, California and Washington, as well as just down the street here in Portland. Not to mention my family. Epic amounts of pizza were consumed. Gifts were brought. The odder fruits of the basement cleaning expedition were given away by Team E— and to great merriment and considerable silliness. (We had a raffle, basically.) Photos to come, eventually.

After settling up with the Flying Pie, the remnants of the party decamped to McMenamin's Barley Mill, specifically their new outdoor seating area, for tater tots, scooby snacks and strong drink.

Sunday morning the last few stragglers managed breakfast at The Original Hotcake House. In the afternoon, I switched gears and attended 's eighth grade class wrap party along with her own self and Mother of the Child. This was a lot of fun. There was a tiki bar involved. (I took leftover birthday dessert.)

Lisa Costello is visiting for a few more days, as is friend and filmmaker Donnie Reynolds. I will be spending some more time with my injured friend this week as well, before decamping for the Locus Awards on Friday.

It's been a brilliant weekend, fulfilling and profoundly exhausting. I'm very pleased and proud to have all my friends here. You guys are awesome.

Thank you, every one.