Filming begins on The Family Lake — Now it can be told… I (and my family) will be the subject of a feature-length documentary for which principal photography has begun.

Pulp Pastiche and a Plea for Patrons — Saladin Ahmed talks about some of the hard realities of his life as a writer. Go read, and help him out if you can.

The pay brisk money for this crap? — Ah, science fiction. (Thanks to , a/k/a my sister.)

'The Hardest Logic Puzzle Ever' Made Even Harder — The process of making a famous problem in logic even harder reveals fascinating insights into the relationship between logic and language.

Over 100 Beautifully Preserved Terracotta Warriors Unearthed in China — (Via .)

Authorities investigate lungs found on L.A. sidewalk — Just breathe, people. It will be alright. No, wait...

Colder winters may be new normal due to melting Arctic ice — Warmer air over ice-free areas lets frigid air migrate south. Amazing how even nature herself joins the liberal conspiracy against conservative ideology. Confidential to GOP in America: Your obsessive rigidity about absurdities such as opposition to evolution and climate change discredits every position you take, even the potentially sane and sensible ones.

You can’t deny people their rights and be nice about it — Opposition to gay marriage is still hatred and bigotry, no matter how nice you think you are. A lot of segregationists thought they were nice people, too. That didn't get them or you off the hook.

Same-sex marriage is on November ballot — This is in Washington. Because arrant bigotry must always be put to the vote. Just because a majority of people are wrong doesn't make them right.

Rethinking Same-Sex Parenting (but Not Really) — Ta-Nehisi Coates responds to the idiotic new piece in Slate. Jed Hartman with more on this, that more being eminently sensible.

You Always Knew it, but Now . . . — Ten open secrets about life in Western democracies. Facts not valid for the untroubled beautiful minds of conservatives, of course.

After Giffords Shooting, Violent Rhetoric Trickles Back Into Campaigns — Gee, I wonder which party it could possibly be that would employ violent and eliminationist rhetoric.

Your Own Little Corner of the Gas Chamber — A close look inside what passes for conservative "thought" about what they imagine liberals to be.

?otD: Why are only one out of seven dwarves Happy? 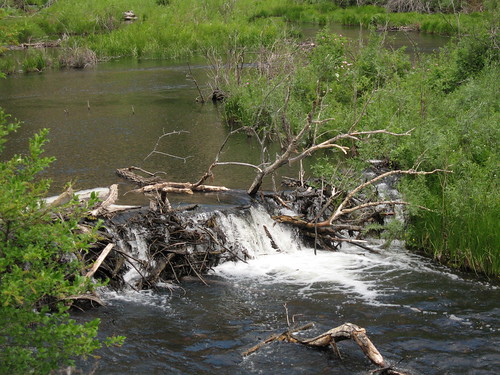 Photos © 2012 B. Lake and Janna Silverstein. Used with permission. Please click through to individual photos for specific copyright licensing terms.


And that's just the parts I can remember this morning. So, umm yeah? Remember how I was going to slow down the week after JayCon? Not so much.

Life, she is for living.