A couple more production notes from the documentary project: The Child Speaks and Genre Car Close Calls — That second with bonus video outtake!

Boundaries — Jim C. Hines on boundaries and socialization. with more on this.

Dear The Internet, This Is Why You Can't Have Anything Nice — Anita Sarkeesian's project to expose stereotypes in video games attracts a maelstrom of hate. (Via .)

Fischer: If Gays Aren't Discriminated Against, Christians Will Be — Project much, Fischer? If your entire worldview is based on bigotry and discrimination as ways to maintain your social and political power, then of course you must believe other people will treat you the same. Do unto others as you would be done by, after all. One of my favorite secular humanist sayings, that. I wish more religious people had ever heard of it. (Snurched from Slacktivist Fred Clark.)

Huge religion survey: Gen X-ers less Christian, less Republican — And this is precisely why conservatives are working so furiously to stunt education and limit individual rights. When you help people be smarter and have more opportunities, they generally tend to be come less conservative.

?otD: How late were you up? 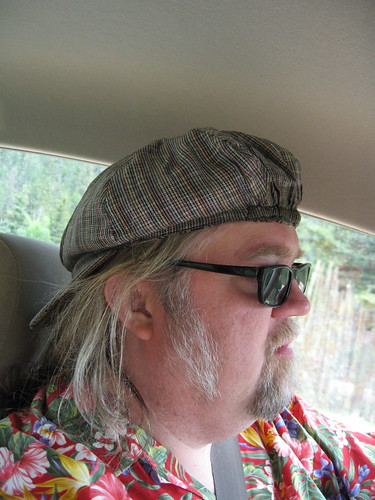 Yesterday afternoon, (a/k/a my mom) called me to come take her to the ER. I'd finished my Day Jobbery, just capped off an hour of writing time on Going to Extremes, and was preparing for another long interview take on the documentary project.

Instead, Donnie Reynolds, Lisa Costello and I loaded up into Donnie's car and raced across town in rush hour traffic to pick up my mom at her primary care clinic and transport her to her ER. Donnie brought his "B" camera, because we were shooting for a documentary about the lives of me and my family, after all.

We got to the ER, where a four-hour wait ensued. Along with some guerrilla filmmaking. My mom's housemate A— showed up after a bit. Eventually was processed and admitted, which led to about four hours of hurry-up-and-wait testing. We recognized our ER nurse from prior visits, and he recognized us. That's a frequent flyer club you don't want to be a member of. 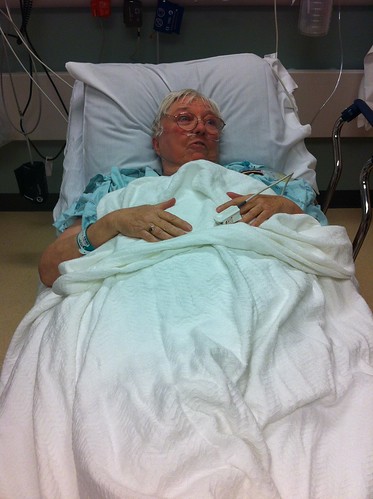 In the end, the tests were inconclusive. The symptoms which had caused her to be referred to the ER did not recur. My mom was sent home somewhat after midnight. She has specialist followups, probably next week. For now, she is fine. A— Donnie and Lisa are all Heroes of the Revolution for being there and keeping both and me propped up and going.

Her symptoms are not mine to describe here, but suffice to say they were closely akin to what drove my original hospital admission and cancer diagnosis back in 2008. That possibility won't be ruled out until after her specialist followups. I am very frightened for her, far, far beyond anything justified by the clinical evidence or current medical opinion. I know this is my emotional trauma over cancer shouting loudly in my ear. It's not logical. But it is very real.

Once more, I am feeling the burn.