Urban fantasy author (and very good friend of mine) J.A. Pitts is having a book launch tour in July — He'll be in Seattle, San Francisco and San Diego. Check him out if you can.

Modernity vs. Posterity — An interesting view of fantastic literature, specifically with some notes to near-future SF authors. Critics have long maintained that science fiction was, as a genre, a reaction to man’s discomfort with the machine age, citing Mary Shelley’s Frankenstein. I think it arose because the future became, for the first time in history, more interesting than the past. (Via David Goldman.)

— Twitter answers the question "What technology from science fiction would you most like to see as science fact?"

YouTube riders avoid charges — Trike daredevils will not be charged. If you think about it, this is one of those "living in the future" stories.

Digital differences — Pew on the current state of the digital divide.

Jupiter's Rings Revealed — Another awesome APOD image, along with the usual excellent explanation.

Three Things Make a Post — Andrew Wheeler on (among other things) what my friend calls "flying with amateurs".

Our Most Important Food Rule and How to Break It: A Rant — All about food consumed while traveling. I am extremely guilty of this. (Thanks to .)

Economists demonstrate exactly why bank robbery is a bad idea

RNC Latino Site Features Stock Photo of Asian Children — I believe they swiftly pulled this down, but well, to white conservatives, all those foreigners really do look alike, don't they? (Via .)

?otD: Having weather, are we? 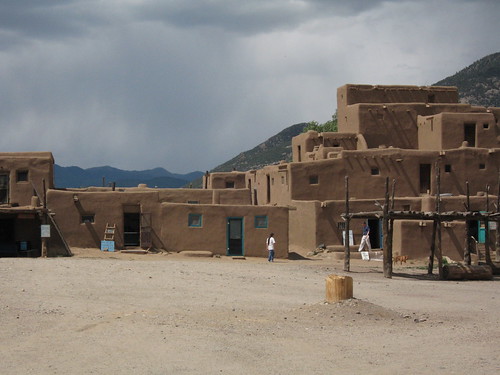 I spent yesterday messing about in Skagit County, WA. Low key day, pleasant and fun. I didn't have the big camera, as took it to California with her, but here's a few photos of this beautiful corner of the Pacific Northwest, in and around Deception Pass in the San Juans. 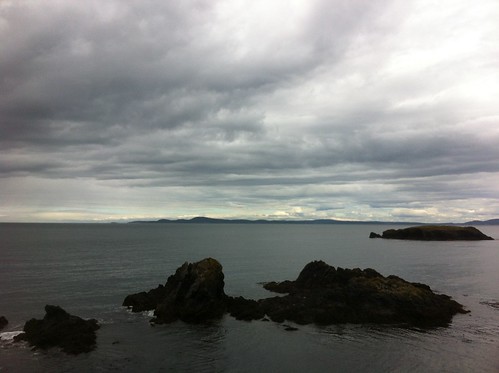 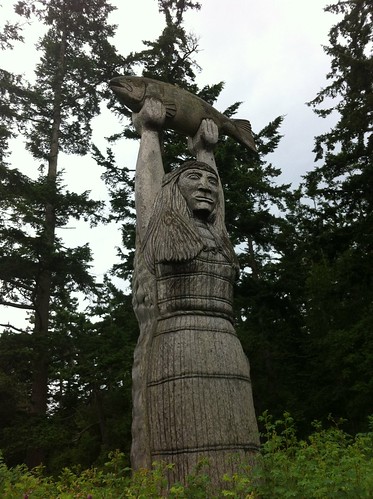 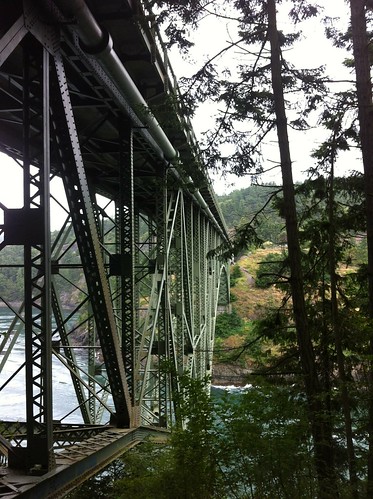 Saturday at the Locus Awards, during the lengthy break between the banquet and the Clarion West party, I shot pool with John Pitts, Ty Franck and Peter Orullian. We played slop eight ball, the way kids play pool. Mostly John and I lost. I muffed a lot of shots. We were in the bar almost three hours, just knocking around the balls and yakking about whatever. Writing was a big thread, obviously, but plenty of other things as well. Music. Kids. Other people. No agenda, just four people spending time together over nachos and pool.

In the middle of all this, I realized I simply never do anything like that. I don't ever go just hang out with friends and screw around. I'm so freaking goal oriented that if I'm going somewhere with friends, it's to hike, or take photos at a certain site, or a destination-oriented trip.

Likewise, yesterday I was visiting a friend up north of Seattle. We went to the coast, Deception Pass in the San Juans. We walked around and looked a tide pools. We stared at the ocean. We checked out a cool bridge. We had a mediocre lunch at an oddball restaurant in Anacortes. All in all, we had a great time, basically doing nothing but passing the day in an interesting place. (And, yes, I took a few photos, because that's what I do.)

I'm working on doing more of less. Not slowing down, not that. I think I'm like a shark. Swim or die. But finding more (and better) opportunities during my speed run through life to not be speeding or running either one. Maybe even be still and at peace some of the time. (Another lesson I'm working on learning.)