Urban fantasy author (and very good friend of mine) J.A. Pitts is having a book launch tour in July this week [my error yesterday!] — He'll be in Seattle, San Francisco and San Diego. Check him out if you can.

I Have a Theory… — Richard Parks is wise about the theory of fiction.

Science gets burned by Prometheus — Ridley Scott had this viewer feeling like his innards were plucked out by birds.

The Secret of a Successful Programming Language? A Really Great Beard

Spherical Flying Machine — This is rather unnerving. Basically, it's a helicopter insofar as I can tell. But weird. (Via .)

Planes on the landing strip — An-12s to be specific. A gorgeous photo from x-planes.

Non Sequitir on the intellectual fraud that is Intelligent Design — Heh. I always do wonder how Christianist evolution deniers square their behaviors with that whole Biblical thing about bearing false witness. I guess some of God's laws are more immutable than others. (c.f. eating shrimp vs. being gay.)

Reporter Who Heckled Obama for ‘Favoring Foreigners’ Is Himself Not American — Ah, the unbearable lightness of the conservative mind. Confidential to GOP in America: How in the hell do you people get up every morning without your heads exploding from cognitive dissonance?

Right Gives GOP Hell On Health Care, Taxes As Crises Loom — It's so rare to see the GOP paying any price at all for their incredibly destructive pandering to the far right. I don't have a lot of hope this will be any different.

Mitt Romney Spends Father’s Day Lying About His Past — Today he told CSPAN that, “I didn’t go to law school, I didn’t practice law, but I like the idea of arguing points back and forth…” Somebody better tell Harvard Law School to demand their diploma back because Romney’s web site says that “After graduating from Brigham Young University in 1971, he earned dual degrees from Harvard Law and Harvard Business School.” This will of course pass unnoticed in Your Liberal Media, and low information conservative voters will simply nod and agree as usual.

Romney, cows and ice cream: Targeting conservative, white 'backbone' — Obama has the cities? Well, Mitt Romney is aiming to strengthen the GOP core -- older white and blue-collar voters. And he has something to pin his effort on: the economy. That would be the same economy that crashed hard under the last period of Republican governance? That Obama has spent his entire presidency trying to dig the country out of in the face of absolute Republican opposition to any steps that might actually work, and thus make the president look good? Good thing for Romney and the GOP that voters apparently have no long-term memory. 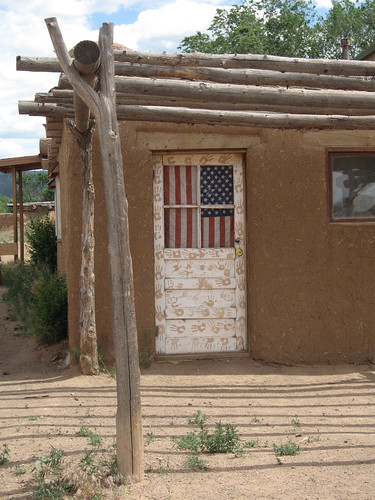 As previously noted, Waterloo Productions is making a feature-length documentary about me, and the rest of our family on our journey through cancer, life and books. The working title is The Family Lake, and the project is slated for a release in late 2013.

Donnie Reynolds, writer, friend and the man behind Waterloo Productions, came up for JayCon XII. He arrived a day early and stayed for a week, commencing principal photography on the project. Donnie filmed at JayCon and at some of the related events, then in days following, he sat down with me and everyone in my extended family here in Portland for individual or small group interviews. This included , Mother of the Child, (a/k/a my sister), the Niece, my dad and (step)mom, and (a/k/a my mom). He was also present for 's trip to the Emergency Room, as well as few other less dramatic life events such as my daughter's eighth grade graduation.

It was the interviews that were the toughest and most affecting. For me and especially so, I believe. Donnie set up a little studio in the basement of Nuevo Rancho Lake, which he called "the witness chair". 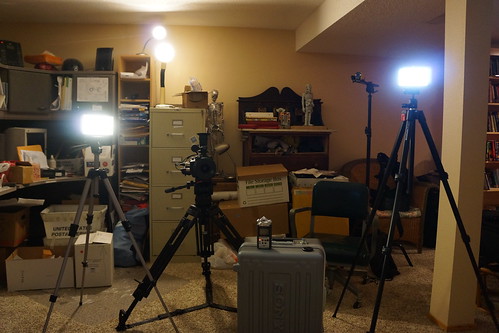 We were each interviewed separately over the course of last week. (This is a documentary, after all, so I do not have review, approval or any control.) He went pretty deep with me, and as I understand things, he went pretty deep with my family members as well. Everyone but me was a little nervous up front, but thoughtful and excited after their interviews.

For my own part, this project is having two significant effects on me thus far. One, it is focusing me on my own narrative. That drives emotional and cognitive reflection for me. Two, Donnie is documenting me and my life in exhaustive detail — he estimates approximately 1,000 hours of footage will be shot to edit down to a roughly 105 minute final cut. This provides a record of me, and of the family, that will always have access to when this disease finally claims my life.

That is an unsurpassed gift he is giving all of us.

It's very strange, being observed so closely. Strange and rewarding.

More about this as my thoughts develop further.