I am at the top of the City of Milwaukie web page — Local hero?

But, but, but — WHY does magic have to make sense? — N.K. Jemisin makes sense. My first reaction to her essay was "b-b-b-but…" My second reaction was, "Duh, she's talking to me, Mr. Forest-for-the-Trees". Darn it, now I have to go think. (Snurched from Steve Buchheit.)

he Incredible Resilience of Books — Books will not go away, no matter what happens to publishing. (Thanks to .)

Police: Man claims leprechauns beat him up for dancing — (Via .)

This is how you beat the Tea Party — A very clever video about framing in a local election over library funding. (Via David Goldman.)

The NPH and why evangelical Millennials can’t trust their elders — Shorter version of this post: Gays are people, too, Christian conservative leaders have been lying their asses off for the past generation about that, and the lies are becoming too obvious.

Candy canes and the manufacture of evangelical resentment — Ah, the self-valorization of the allegedly persecuted Christian. I have a number of otherwise perfectly reasonable Christian friends who honestly believe they are being persecuted in today's America. It's a bizarre narrative, to say the least, when viewed from outside their lens. Apparently none of them have ever asked any Muslim, Jew or atheist about who's persecuting whom.

Why I Gave Up On Being a Republican — What this writer does not acknowledge is the role that he and many other Republican moderates played in enabling the overwhelming growth of Republican extremism. That same Reagan Republicanism he laments was founded on the votes of bigots and extremists deliberately and cynically cultivated as useful idiots by GOP strategists like Atwater and Ailes, who never dreamed their pet lunatics would wind up running the asylum. I don't have much sympathy for woe-is-me conservatives who wake up today and wonder what happened to their party, given how clearly visible this trend has been since the 1980s, happily supported by those same conservatives when all it meant was trolling for votes. (Snurched from Slacktivist Fred Clark.)

Joe the Plumber Claims Holocaust Happened Because of German Gun Control — Shorter version of this post: Conservatives are revisionist idiots.

Obama's America: Transcending Whiteness — Although conservatives are adept at the language of national unity, many of them ignore inclusion, and even speak in an explicitly exclusionary way. The "we" the Tea Party speaks of, for instance, is carefully defined to exclude as much as include. White anxiety--the negative reaction to our increasing diversity--is one of the main drivers of support for Tea Party conservatism. It is thus a primary obstacle to increasing support for an inclusive national unity, as Theda Skocpol and Vanessa Williamson argue in their recent groundbreaking book The Tea Party and the Remaking of Republican Conservatism. Reducing white anxiety must then become a priority, not only for progressives, but for anyone interested in this country's future. This is where I tend to fail as a progressive and as a compassionate human being. My response to this kind of white anxiety, which pretty much is the conservative movement these days, is disgust. I want to denounce the arrant bigotry and dismiss these people as ignorant and foolish. That is neither constructive nor accurate, but I have to work pretty hard to try to get past the impulse, and often fail.

?otD: Can you kill the beast?

6/21/2012
Writing time yesterday: 2.25 hours (work on outlines of Going to Extremes and Other Me, copy edits on Love in the Time of Metal and Flesh)
Body movement: 30 minute stationary bike ride
Hours slept: 5.75 (solid)
Weight: 239.2
Currently reading: Shattering the Ley by Benjamin Tate 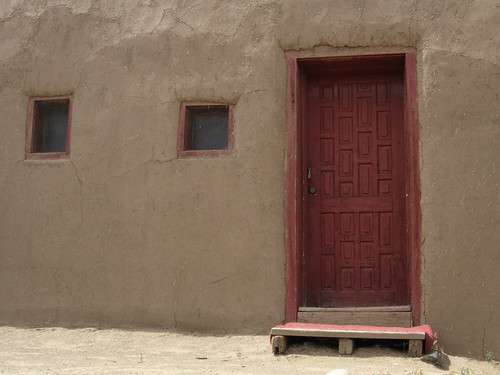 I don't mean interesting or funny bad like "Eye of Argon" or Attack of the Killer Tomatoes [ imdb ]. I mean intellectually offensive and fatuously stupid bad. Like Star Wars Episode I [ imdb ] bad, except without the benefit of Lucas' nuanced character development and sly, trenchant wit.

Prometheus made me want to ask if anyone involved in this movie had ever actually seen, you know, a movie. Or read a book. Or possibly even once spoken to someone who remembered having done so at some point in their lives. Or, you know, science. Plot logic. Character development.

Trust me on this one: slam your hand in the kitchen drawer. It will feel better in the end, and your trip to the E.R. will be more interesting and entertaining than this movie was.

The best comment I've seen on why the movie was so bad comes from the Web comic Hijinks Ensue. Other people also have a lot to say.

I'm pretty sure the slogan around the Prometheus production crew was "Millions for special effects, not one cent for story." Which, admittedly, has been a big trend in movies these past few decades. But how could the people involved not know what an utter, steaming pile of dog crap they were making? Did anyone have control of this project? Prometheus was allegedly directed by some guy with the same name as the director of Bladerunner [ imdb ]. Ridley Scott should sue that dude for defamation of character.

Either that, or the entire film was some gigantic post-modern joke that I missed completely. Basically, a $120 million episode of Candid Camera with America's cinema audiences as the victims. (I'm actually kind of hoping for this interpretation to turn out to be true.)

I suppose my real reaction to this movie was to want to write an entirely new script to dub over the gorgeous filmmaking with a story that actually makes some sense. If you must watch it, do so with the sound turned off and invent your own dialog. Everyone in the theater will thank you.

What did you think of Prometheus?

As announced here, I will be speaking tonight at the Milwaukie Ledding Library. That would be Thursday, June 21st from 7:00 pm to 8:00 pm.

This is a library author talk, so I won't be focused so much on craft as I would with an audience of writers. I plan to discuss inspiration, worldbuilding and characters from a reader's perspective, with specific reference to my steampunk novel Mainspring.

If you're in the Portland area, come on down.