Fanboy squee: The ebook ARC of Captain Vorpatril's Alliance is now available at Baen for $15.00 — (Shamelessly stolen from .)

Meditation found to increase brain size — Now if this only applied in other areas of life… (Via Lisa Costello.)

What to make of the Chinese space effort? — In related news, Language Log comments on the term "taikonaut".


Pope Jim Garlow I joins the Münchhausen martyrdom brigade — Slacktivist Fred Clark on the self-valorizing persecution fantasies of American Christians.
‘Bible Believers’ who do not know, or care, what the Bible says — Because for far too many Americans, being a Christian isn't about religion or faith, it's about tribalism and a smug justification for their private bigotries.

Congress Joins List of Things Romney Thinks Don’t Exist — The general theme of Mitt Romney's campaign is that President Obama is 100 percent responsible for everything that has happened since he took office, including not only worldwide economic events but decisions of the Republican Congress.

The Consequences of Believing Nonsense — The current crop of conservatives will have a great deal to answer for to future generations. So will the rest of us who have let the GOP get away with politicizing utter nonsense and mortgaging the planet's future for the sake of a few votes.

Yes, Iraq Definitely Had WMD, Vast Majority Of Polled Republicans Insist — Speaking of believing nonsense. This is flatly counterfactual. Untrue. A lie. Yet close to half of America's voters believe that Iraq had WMDs. This is what comes of the GOP deliberately enabling nonsense, and co-opting Your Liberal Media to spread it. The people who started all this — Atwater, Ailes, Rove, etc. — they know better. They're just cynical, opportunistic bastards. But they've created going on two generations of politicians and voters who are true believers, because listening to your own fears is a hell of lot easier (and more emotionally satisfying) than considering the nuances of things you don't understand and don't want to hear.

?otD: Been out to the Rising Gorge? 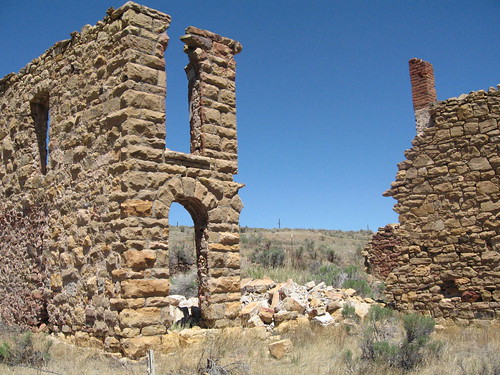 I've been thinking about why I have such a strong negative reaction to Prometheus [ imdb ]. Yesterday morning I snarked on Facebook and Twitter:

That brought a number of interesting reactions, and I made some followup comments, which I am paraphrasing herein.

To belabor the obvious, I don't actually think that funding and publishing 10,000 first F/SF novels is a good idea at all, for a whole bunch of reasons. I was mostly making a point.

Also, I don't mind $100MM movies. Some of them are freaking brilliant. And it's not my money, so who am I to say how it is spent? But Prometheus was such a colossal waste of resources and talent... The script stoopid is so profound that it obliviates the many otherwise wonderful things about that film. To appreciate this movie at any level deeper than the casually visual requires a tolerance of deeply stupid and contrived character behaviors that would embarrass the summer camp teens in a grade-C splatter film.

And it didn't have to be that way.

I wanted to love Prometheus, very, very much. The things that are wrong with Prometheus aren't in its essentials, they're in stuff that could have, at least for the most part, been fixed fairly trivially at any number of stages in the process of making the film.

In other words, stupid problems, not deep ones. It's that wasted potential that infuriates me. With a $225MM worldwide box office so far [no cite yet, this was an commentor's number], no one in Hollywood will see the lesson, because from their point of view, there's no lesson to be seen. Movie got made, earned out its first week in release, boom done. Next!

Hollywood isn't in the business of making good movies. They're in the business of making successful movies. "Good" is neither a necessary nor a sufficient condition for "successful", sad to say. Given its apparent box office take, Prometheus may well be the ultimate argument in favor of the Hollywood model, and the ultimate proof that script and story really don't matter any more.

Combining that problem with the casual and shallow ruination of what could have been a truly great film is what irritates me so much.

Off shortly to hike in the Columbia Gorge with Team E— and possibly . The good camera is off in California with , but there might be photos anyway.

Y'all play nice while I'm gone.