The Future of Digital Manga, A Fairytale — A long thoughtful essay on the relationship between content, readers and publishing formats. Very much worth the read if you have any interest in ebook publishing issues. (Snurched from @Mari_Kurisato.)

Cat Rambo's upcoming teaching schedule for online classes — In case you, you know, want to learn something.

the art of (re)inventing yourself — Justine Musk is interesting and wise.

Fascism for Nice People — Lavie Tidhar with an interesting response to recent criticism of his remarks on steampunk.

Maintain the rage — Alan Baxter on the reactions to Prometheus [ imdb ], with bonus cultural critique. God, I need to stop thinking about this movie. I'm like a dog to vomit.

Prometheus Species Origin — Argh. Must stop! (Thanks to @jeremiahtolbert.)

Pet piranha bites off Illinois toddler's fingertip — Why isn't this is a reckless endangerment charge or something?

'Twisted Light' Beams Data at a Staggering 2.56 Terabits Per Second

Knitting community outraged over Olympic dig; USOC apologizes — Don't mess with knitters, man. Even I know that. They might have to cut you.

Far-Fetched Scams Separate the Gullible from Everyone Else — This makes my head hurt. (Via David Goldman.)

The evangelical mind must obey the moneyed enforcers of the tribe

Rising Sea Level Puts East Coast At Risk — The sea level on a stretch of the US Atlantic coast that features the cities of New York, Norfolk and Boston is rising up to four times faster than the global average. It never fails to amaze me how liberals have managed to co-opt the natural world into their global warming scam. Thank god for the Republican party, stemming the tide of reality every day. Your GOP: the Canute of the modern world.

Yes, there is an alternative to capitalism: Mondragon shows the way — Why are we told a broken system that creates vast inequality is the only choice? Spain's amazing co-op is living proof otherwise.

Justice Scalia Rages Against Obama On Immigration — Yep, no conservative ideology on this Supreme Court. Just impartial jurisprudence and principled intellectual consistency. Nothing to see here citizen, move along. Confidential to SCOTUS: You people are becoming an embarrassment to history.

Republicans support Obama’s health reforms — as long as his name isn’t on them — Gee. What a shock. Remember when conservatives incessantly mocked the so-called "Bush Derangement Syndrome"? 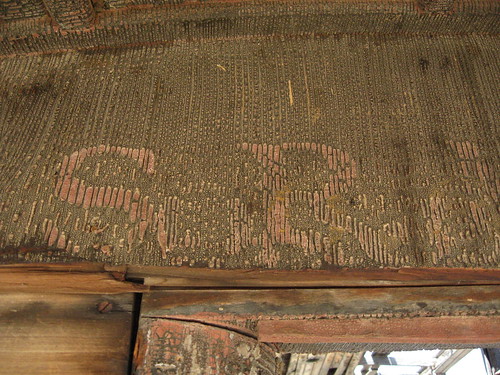 A topic of conversation that's cropped up several times recently is the question of evolutionary overdesign in the East African Plains Ape, also known as Homo sapiens. Which is to say, us.

Consider some of the basic performance specs for said plains ape.


How is any of that implied in the design specs? What was the evolutionary selection pressure that gave us the capacity for differential calculus or pentatonic scales? Why can anyone manage a parachute jump or a deep sea dive? How does looking for ripe fruit in the jungle canopy correspond to hunting for exoplanets?

Our species' evolutionary overdesign allows us to work marvels, every day. I am continually astonished at all we do, from small tasks in the kitchen to the workings of entire cultures the world over.

if I were sufficiently deranged and mentally incapacitated to be a Creationist, I would take all this as evidence for a Creator or an Intelligent Designer. Since I actually have a logical mind capable of empirical thinking, I take this a signifier of the majesty of nature and all her creations.

We don't need to look to the world of the imaginary for miracles. We are miracles.

Slacktivist Fred Clark, a progressive evangelical, had an interesting post over the weekend entitled The evangelical mind must obey the moneyed enforcers of the tribe in which he talks about a frequent theme of his, that modern American evangelical Christianity has morphed into political tribalism rather than a theological movement. I was most struck by this comment:

[The younger scholar] asked his former professor, now colleague, why he was sent to graduate school with so many gaps in his learning. The answer: “Our job was to protect you from this information so as not to shipwreck your faith.”

(This is Clark in turn quoting another source, Peter Enns.)

That in turn prompted me to revisit a thought I've had for a long time. Basically, it's this: I feel sorry for evangelical Christians of a conservative bent whose faith compels them to deny reality and turn away from the richness of the world. Here's why…

So I say to those people I feel sorry for in Evangelical America, wake up. We live in a better world than your faith allows you to see or believe. I feel sorry for both you and your impoverished, petty God that you cannot do so. If He is as you say you believe Him to be, your God is either a bully or a liar, or both.

I will welcome you joyfully when the scales of your blinkered faith fall from your eyes and you see the beauty of the world as it truly is.