Really, your outline does not have to be perfect — Mary Robinette is wise.

The significance of plot without conflict — (Via @jackwilliambell.)

Grammarphobia — A grammar blog that seems to lean descriptivist. For you word and usage geeks. (Via .)

The Elusive Girl From Ipanema — The endlessly covered Brazilian song turns 50 this year. What explains its quirky endurance?

The Seattle Great Wheel opens to a big crowd — Proud Mary keep on burn in'.

Leap Second on Saturday Will Cause 61-Second Minute

The Sharp, Sudden Decline of America's Middle Class — They had good, stable jobs - until the recession hit. Now they're living out of their cars in parking lots.

Why Are Believers Willfully Ignorant About Atheists? — According to the U.S. Religious Knowledge Survey conducted by the Pew Research Center, atheists, on average, are better informed about religion and religious believers than believers are. In fact, atheists are generally better informed about the specifics of given religions than the believers in those very religions. We know a lot more about them than they do about us. Frankly, that's reason many of us are atheists. Because we know religion well. (Thanks to .)

‘Why don’t you people ever seem to live near churches?’ — Slacktivist Fred Clark with an interesting squib on Justice Scalia and the practice of church shopping in general.

A health care 'Judas' recounts his conversion — Funny how people who find their conscience recant conservative positions. (Thanks to .)

The Real Winners — Paul Krugman on the Supreme Court's ACA ruling, and on the cruel mendacity of the opponents of healthcare reform. But what was and is really striking about the anti-reformers is their cruelty. It would be one thing if, at any point, they had offered any hint of an alternative proposal to help Americans with pre-existing conditions, Americans who simply can’t afford expensive individual insurance, Americans who lose coverage along with their jobs. But it has long been obvious that the opposition’s goal is simply to kill reform, never mind the human consequences. We should all be thankful that, for the moment at least, that effort has failed. Welcome to conservative America, Paul.

Doing the right thing — Roger Ebert on the Supreme Court's ACA decision. There was little mainstream opposition to the trillion dollars in taxes that paid for the war in Iraq, despite the fact that it was never declared by Congress in a Constitutional manner. Obamacare was passed by Congress in the full light of day. The Court has found its provisions legal. No US court or lawmaker ever had the opportunity to vote on the Iraqi War before it was already underway. How did it win tacit approval from those who are now infuriated by health care?

Romney: My Individual Mandate Was Also A Tax Increase! — When Republicans do it, fantastic. When Democrats do exactly the same thing, Kenyan Muslim socialism! That's why I love my Republican friends, because of their principled consistency. 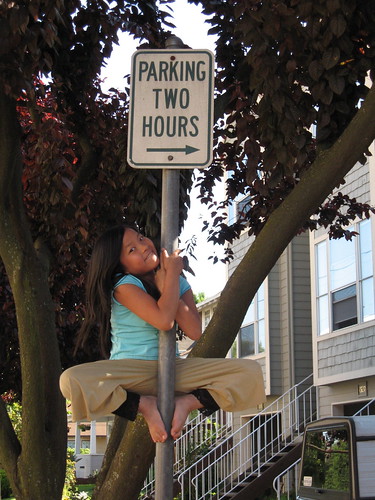 Conservatives hate nuance. They've told us so over and over throughout the years. There's a mindset on the Right that there are (or ought to be) clear, unambiguous rules and ethics. I suppose for some people that must be a comforting thought.

Which is why I find the whole "marriage is between one man and one woman" thing so funny. There are plain language efforts out there on various ballots and through various lawsuits to define it so. For example, Washington state's Initiative 1192, which says:

Sec. 1. This act reaffirms the definition of marriage as being between one man and one woman.

(Sorry, no link. I see no reason to reward the ridiculous bigotry of 1192's backers with a bit of my blog traffic. It's easily Googled if you want to look at the entire text yourself. There's not much more to it.)

Ok, that's fine. Unambiguous. Biblical, even, assuming you ignore most of the Old Testament in your definition of Biblical marriage. I'm pretty sure only the gay-hating parts of the Old Testament count for most American Christians anyway, so the whole King Solomon's wives things and the David-and-Bathsheeba thing and the not bearing false witness thing and so on don't really apply as the literal and inviolate word of God.

Even more interestingly, insofar as I know, in the United States there's not a strict legal definition of gender. Pretty much for the reasons cited above. So I'm curious what happens if one member of a same-sex couple simply declares themselves of the other gender. That fails what some conservatives would call obvious common sense tests, but law isn't about the obvious. Or common sense.

That particular shard of justice would write itself in the poetry of love.

Chilling at the coast, at my parents' beach house. They're here, as is , as well as (a/k/a my sister) and the Niece.

I worked Day Jobbery yesterday, then spent a couple of hours on galley edits of Kalimpura, plus batting cleanup on a few miscellaneous tasks. I'll spend more time on the galley edits today. At some point, we'll probably go out and do something. When, what and where depend a lot on the weather, which is currently chilly, gray and wet. Back to Portland tomorrow afternoon.

Low key is the way to be.