Kalimpura — Illustrator and artist Dan Dos Santos discusses how he developed the cover art to my next novel, Kalimpura from Tor Books.

with an epic rant on literary snobbery

The Big War Over a Small Fruit — Simple but clever ideas have made America great. Now a small seedless fruit has become an emblem of marketing in our era. Will your local supermarket ever be the same again?

Inactivity 'killing as many as smoking'

The Puzzling Problem Of Proportionate Growth — Biologists have long wondered how our organs all grow at the same rate. Now theoretical physicists think they've found a clue in the special way sandpiles grow.

Why isn't Earth a lot wetter?

A hole in Mars — Another awesome APOD image.

McDonalds staff accused of assaulting 'human cyborg' — Is there any other kind of cyborg?

Wealth Rises in Mongolia, as Does Worry — Welcome to the boom town. I first visited Ulaan Baatar in the Iron Curtain days. Wow have things changed. (Via Brendan Boerner.)

The sins of the father — A sportswriter comments on Joe Paterno's true legacy.

Republicans Attack Obama For Giving States Flexibility On Welfare Reform — Because conservatives have always been staunchly against states' rights. No. Wait. What…?

American history, as told through the two Romneys — In the ’50s and ’60s, a period considered the economic heyday of a free and capitalist post-war America, George Romney paid 37 percent of his income in federal taxes. By 2010, Romney’s son paid a total of 13.9 percent of his income in federal taxes, this in an America that is supposedly well on its way to becoming a socialist state, with a confiscatory federal government intent on stealing the wealth of its highest earners.

No, Obama Isn't Taking Credit For Building Your Business — The Republican lie on this one is breathtakingly stupid and transparently dishonest, even by the usual abysmal standards of conservative discourse. Which doubtless sells well to the base, and low information voters, but this doesn't stand up to fifteen seconds of scrutiny. Luckily for Romney and the GOP, Your Liberal Media won't put much effort into debunking the claim, so as usual, the lie will get a lot of traction and stick in people's minds. 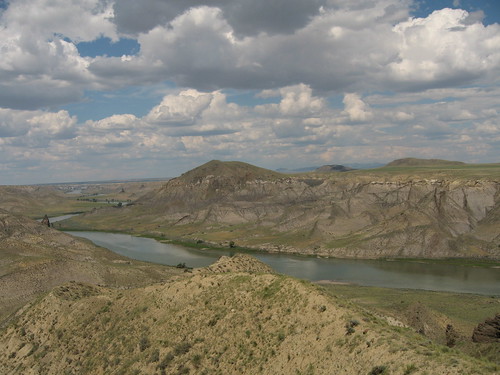 comes home tomorrow on the evening train from Seattle. , a/k/a my sister, is picking her up at the train station at the same time I'm picking up at the airport, then we're all meeting for dinner, along with , Team E— and (assuming he's over his case of the screaming crud by then). Which will be an apropos welcome home for her, as the last time I saw my kid was when I took her to the George R.R. Martin party in Seattle two weeks ago.

This summer she has flown to California by herself. She is training back from Seattle tomorrow by herself. She has spent time with her grandmother learning to use the Portland area bus and light rail system, and is now allowed to make trips around town by herself. She is also seriously talking about what kind of job she wants next summer, when she's fifteen and a half. One of the current favorites of hers is working in the office of our family attorneys (with whom she is friends) because, "Lawyers know how to get people to tell them things, and I'd like to learn that."

I think my little kid is growing up.

Every step closer to adulthood, to maturity, is one less brick on my chest over the cancer. Perhaps my greatest fear is dying while she's still in childhood. It is a terrible thing to lose a parent at any age, but that is the way of the world. (Consider the alternative, that the parent loses their child.) Losing a parent before you've really gotten a solid start on finding yourself is much, much harder.

As it happens, there has been a recent cancer death in Mother of the Child's extended family, which has me pondering once again parenthood and illness. And of course, the leading echoes of what is to come for me on these next tests, as always. To see being a little more mature, increasingly self-reliant, and better directed... those are a comfort and a blessing. They are to every parent, I know, but it all has a special meaning to me.