A shot in the dark — Roger Ebert on healthcare. Many of the opponents of Universal Health Care identify themselves as Christians, yet when you get to the bottom of their arguments, you'll find them based not on Christianity but on Ayn Rand capitalism. Financial self-interest and the rights of corporations are more important to them than loving their neighbors.

The Divine Miss M — Bachmann’s concept of Christian love brims with hate, and she has a deep satchel of stones to throw. From what kind of messiah did she learn that? […] It’s to wonder why we accept her descriptions of herself, and in turn describe her, as a deeply religious woman. That grants too much credence to her particular, peculiar and highly selective definition of piety. And it offends the many admirable people of faith whose understanding and practice of religion aren’t, like hers, confrontational and small-minded.

Obama’s Muslim problem = Romney’s Mormon problem — Your Liberal Media is being disingenuous again. [An] unbelievable number of Americans, now numbering 17 percent, who for some reason think the president is a Muslim. For some reason. Yep. It just happened. Not like some major political party has spent the last four years fostering that rumor. Nope. Just for some mysterious reason. Because it would be rude, or something, to point out that the Republicans are wholly responsible for this meme.

Made in China: Olympic Pin Shaped Like Mitt Romney’s Face — Can you even begin to imagine the reaction in the conservative commentariat if Obama had ever done something like this?

Romney in the Land of the Anglo-Saxon Uncertain Olympics: Not Ready for Prime Time — Juan Cole is snarky. Heh. Wow, was this trip a mistake for Romney. (Except for the GOP base, who will never even know about it as FOX News has barely covered Romney in London.)

Strip Clubs in Tampa Are Ready to Cash In on G.O.P. Convention — Ah, yes, the party of morals. Unlike those filthy Democrats.

?otD: Could you be a Beau Brummel, baby? 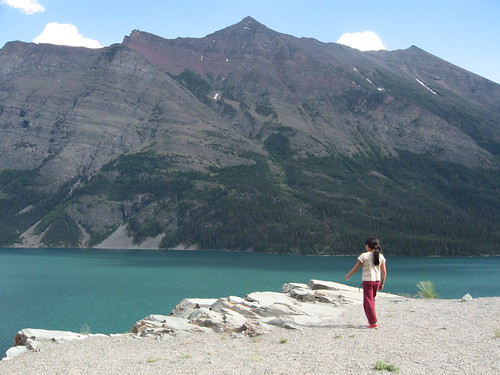 Yesterday was the first day of Cascade Writers. Kind of a weird one for me, as I'd been home from North Carolina all of fifteen hours when I left again for the conference, and I'd slept half that time. Cascade Writers is in Vancouver, WA, which the other side of the Portland metro area from me, so it wasn't exactly a haul.

We had a registration gathering, then a handful of us went out for dinner. Mmm, Burgerville onion rings. After that was the conference opening, then I gave an hour long talk on revision and editing. The evening wound up with me spending a bit of time in the hot tub. I retired earlier than is my wont at conventions and conferences due to needing to work today.

Up early for a long walk this morning.

Last weekend, I went to a Farmer's Market with and several of her friends. I didn't take my big camera (foo!), but even the iPhone will serve in a pinch. And I love the colors and textures of fruits and vegetables. Not to mention which, booth people are wonderful.