Writing the Other with Fear and Trembling, Try and Caring — takes on a very contentious topic.

The Bookless Library — Print, e-books and reading. (Thanks to Marta Murvosh.)

Nerd Culture As Suicide Intervention — Ta-Nehisi Coates on how a lot of us rolled as kids and young adults.

This thread in my comments section about candied starfish is hilarious — Especially 's remarks.

‘Stance’ vs. substance: why evangelicals are confused about the actual harm Chik-fil-A is doing to actual people — Fascinating squib from Slacktivist (and liberal Evangelical) Fred Clark.

The Collapse of the Climate Change Contrarians and the End of Coal — Amazing what happens when you introduce actual facts into a public debate, as opposed to ideological preconceptions.

Republicans Want Off The Hook For Voting For Defense Sequester — Republicans have disavowed the so-called “defense sequester” altogether and handed full responsibility for its existence to President Obama—despite the fact that an overwhelming majority of them voted to implement it last August. Well, if the GOP can successfully blame Obama for the disasters of the Bush administration, why not blame him for their own actions in Congress? It's a form of consistency, at least.

?otD: Hope for an answer some day? 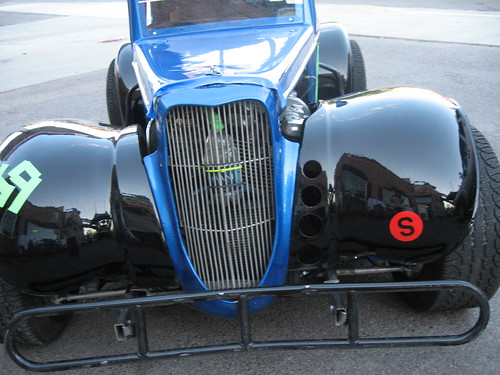 A couple of folks made very sharp observations in the comments thread on my recent post on standard manuscript format [ jlake.com | LiveJournal ]. I wanted to touch on them here by way of follow-up.

I’d like to gently point out that — just like there is no monolithic “publishing industry” — there is no “standard manuscript format.”

He goes on to provide specific examples of formats from other sectors of publishing, and specific elements that vary between genres or publishing sectors. So, yes, a disclaimer I failed to make in my original post was that I was talking about the genres of science fiction and fantasy in specific, and somewhat more generally and with less authority, about fiction submissions.

Actually, in the case of electronic submissions, I don’t think there’s a “standard manuscript format” yet. I’ve seen submission guidelines that want manuscripts in specific fonts, specific font sizes, specific file types, etc. And they can vary widely from market to market.

This is also true. Many electronic markets have specific submission requirements, and there is not a great deal of standardization between them. I strongly prefer to attach a .rtf or .doc/.docx file to a submission, because that preserves my print-oriented standard manuscript formatting, and is also the least amount of work for me. But not everyone's online content management system supports file attachments. And many people are rightly wary of accepting executable files (ie, Word macros) from random persons on the Internet. Hence the varying requirements of online submissions.

Which are, frankly, fairly irksome to me. Going through and replacing all my underlined (for italics, obviously) text with _these characters_ is annoying and easy to make mistakes on. Then the next market wants *asterisks* or something. For me personally, this tends to simply discourage me from submitting to those markets at all. The extra effort is a barrier to entry, and it doesn't feel to me like a shibboleth of professionalism, as the basic print-oriented standard manuscript format does.

As always, your mileage may vary.

One meme I've seen lately in political discussions both in the wider Internets and even here on my blog and in related discussion threads on my Facebook page is the notion that some conservatives opposed to gay marriage and equal rights have that they're not really bigots at all. They're just following church doctrine. They're nice people, they don't really have anything against their gay and lesbian friends. They're just being obedient to God's words. What Slacktivist Fred Clark calls "reluctant bigotry".

A corollary to these complaints is the bigot feeling unfairly treated for being called out on their bigotry. As R. Eric VanNewkirk says: if you don't want to be called a bigot, stop acting like one. I'm not about to hold back just because you say it's your religion. And nobody ought to.

The church doctrine defense is ridiculous on the face of it. Church doctrine is not immutable. It has in the past been profoundly immoral and bigoted. And it has changed. Whatever your opinion of God (and most readers here are probably all too familiar with my opinions on the topic), His word is demonstrably Protean, changing with the needs of each generation and culture. Otherwise, all His followers would look like Orthodox Jews and live like the Amish ETA: look and live like Samaritans. (Thanks to for the correction) If you eat shrimp or wear mixed fabrics or cut your hair or drive a motorized vehicle, you've already abandoned the literal and immutable Holy Writ in favor of the realities of modern life.

To put it somewhat more logically, if the precepts of the Bible were as immutable and unchanging as many modern American Christians claim to believe, there would only be one denomination of the Christian church, instead of tens of thousands.

We don't have to look very hard into American history to see where church doctrine has failed miserably. The most blatant and grotesque example is the biblical justifications for slavery. They are too numerous to bother to link to here, but were woven into the American national conversation from long before the founding of the Republic right through the Civil War. Doctrinal disputes over slavery are why the largest Protestant denomination in the United States, the Southern Baptist Convention, exists at all.

If you think so, then we don't have much to talk about now, because there's something deeply wrong with you.

If you think not, then why can anyone use church doctrine today as a defense for discrimination against gay and lesbian Americans? It's nothing more or less than the same bigotry that wrapped slavery in the Bible for centuries and more. Surely the Bible has verses condemning homosexuality. It also has verses condemning the eating of shrimp, and verses condoning many forms of slavery. We've proven time and again that the meaning of the Bible is reinterpreted to suit the tenor of the times. Someday fairly soon, we will look back on the current religious conservative position on homosexuality as every bit as wrong and immoral as the historical religious conservative position on slavery. Or interracial marriage. Or any number of other things church doctrine has been mistaken about over the years.

In other words, sometimes God is wrong. His word is reinterpreted in every generation, in every culture. Pretending now that church doctrine excuses the believer from doing the right thing is both disingenuous and dismissive of the history of belief.

To claim you oppose equal rights for gays and lesbians because it's God's will is a cop-out for your own moral decision making. There's certainly no compelling (or even trivial) social interest in this discrimination, and plentiful compelling social interest in righting these historic wrongs. Insofar as I can tell by observing who opposes full civil rights for my gay and lesbian friends with their words and their money, such opposition is rooted almost entirely in a religious conservative mindset. Come on, people, at least have the courage to own your bigotry instead of hiding behind the Bible.