In Defense of Trilogizing 'The Hobbit' — Now I have to survive cancer another year longer, damn it.

Movie Storybook Art from Pixar’s Josh Cooley — Wow. (Thanks to .)

Man Who Lost Hand to Gator Is Charged With Unlawful Feeding

Pittsburgh Noir: 1900 — I love this photo from Shorpy.

First Demonstration of A Quantum Router — Chinese physicists unveil a router that uses a quantum control signal to determine the path of a quantum data signal.

‘Not the Freedom The American Dream Promises’ — What ‘Chick-Fil-A’ Appreciation Day means to gay people across America. People waiting with excitement and pride to show that they do not support equality. I suddenly felt like an alien in my own town, surrounded by people that i see everyday who jumped at the chance to show their evil side.

Ink — The folks who whip up paranoia about voter fraud — mainly among minority groups — are just execrable. But many people have been duped. They actually think there’s a problem. And so politically it’s important to convince these folks, at least the ones who are duped in good faith — though being duped and being duped because you actually want to be duped is often a rather slippery distinction. Voter fraud is a very convenient thing for conservatives to be passionate about. It allows them to feel virtuously non-partisan while quite coincidentally suppressing overwhelmingly Democratic constituencies. Too bad the fraud is a fraud. Not that facts ever get in the way of a good ideological sweat.

“Obama Is Muslim” Meme Rising Among Republicans — A new religion-and-politics poll from Pew shows the percentage of Republicans who say the president is a Muslim has risen from 16 percent in October of 2008 to 30 percent today. Among self-identified “conservative Republicans,” those subscribing to the Muslim Meme is all the way up to 34%. Meanwhile, these people vote in the real world, even though they don't live in it.

The Truth is Dead — [F]or the GOP, the truth died. Everything they say about health care is a lie. (Snurched from Slacktivist Fred Clark.)

GOP strategist: Republicans have a "brand problem" — Republicans "have a real brand problem" because voters see them as "not caring about their interests," McKinnon said. Oddly enough, that would be because Republicans don't care about the interests of most voters. Romney is running explicitly on a platform of raising taxes for the middle class in order to support tax cuts for the wealthy, while continuing to further defund assistance to the poor. It's hard to see how that counts as caring about the interests of anyone but the 1%. (Unless, of course, you believe in the Supply Side Economics Tax Cut Fairy, but the last 30 years of reality have pretty much put paid to that myth.)

Mitt Romney’s credibility gap — Romney has a credibility problem. One that only he can solve. One that he doesn’t seem capable of solving. You know, the more I think about this tax return thing, the weirder it gets. Not to mention which consider basic fairness. Think about how all those conservatives defending Romney's privacy would have reacted to Clinton or Gore or Obama refusing to release their tax returns. Can anyone honestly claim that the Rush Limbaughs of the world would have stood up for Bill Clinton's personal privacy?

?otD: Did you save a few for Lefty, too? 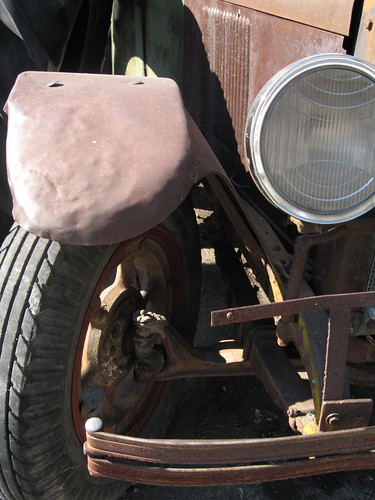 I will be at WorldCon this year. I'm traveling Wednesday and Monday of Labor Day weekend, so I'll be around the convention from Thursday to Sunday, plus a bit of Monday morning. Here's my official schedule thus far:

I'm already setting some business meetings and some social commitments. If you'd like catch up to me, please email me privately. Otherwise, I'll try to be available in whatever bar turns out to be the writerly hangout, as well as the evening pro parties.

I find the Right's reaction to opposition to the words and deeds of the Chick-fil-A corporation and its founder Dan Cathy laughable. I've seen some of my own conservative friends crowing online about their bravery in standing up for the company's free speech rights and opposing politically correct bullying by buying a chicken sandwich. As if gay hate and legalized discrimination were Christian virtues, or family values, or, really, anything to be proud of whatsoever. Besides which, speaking out against Chick-fil-A and refusing to buy from them is no violation of anyone's rights.

Given how often the Right, especially the Christian Right, boycotts movies, books and businesses, that they should call out a liberal-progressive boycott as a form of oppression is just bizarre.

With occasional rare exceptions, I've never been moved to discuss my boycotts at any length. For all that I'm as political as I am, it rarely seems important enough to spend time on. And I don't put much if any effort into convincing others to join me in my decisions on such things. But I have a few.

Other than one or two dire emergencies, I haven't bought gas at an Exxon station since the Exxon Valdez oil spill. Not because of the spill itself. Accidents do happen. But because of Exxon's handling both at the time and later.

Likewise BP and the Deepwater Horizons accident in the Gulf of Mexico. Again, not because of the spill itself, but because of the chronic mendacity, deception and coverup with which that episode began, and from which it has suffered ever since.

I have not ordered or knowingly eaten Domino's Pizza since I learned of founder Tom Monaghan's commitment to forced pregnancy through the so-called "right to life" movement, and the fraud of "Christian" education through the Ave Maria School of Law. While I am aware that Monaghan sold the pizza chain years ago, I refuse to support anything connected to him.

I do not read books by Orson Scott Card, nor will I submit to the short fiction market he sponsors, because his repeatedly well publicized views on the civil and legal rights of my gay and lesbian friends. I won't say more about Card's motives or words, because my real thoughts would constitute a personal attack. But he is an author whose work I once loved and revered. And while I know very well the author is not the story, I also know I don't want to contribute to Card's good name or fortunes even to the value of one book I might buy or one story I might recommend to someone else. There are plenty of other authors whose personal views I disagree with, some of them vastly. Some of them are also my friends. But none of them have managed to trigger me into such a state of revulsion and disgust that I simply couldn't live with myself if I did support them.

I do not buy from or link to Amazon.com ever since they took their blatantly anti-author steps during the Macmillan ebooks pricing dispute. When Amazon.com pulled the Macmillan print lines from their Web sites over an unrelated dispute concerning a separate contract on a different business line, they punished individual authors deeply while having virtually no effect on Macmillan. This is the moral equivalent of me beating the crap out of your kid brother because you and I are arguing over the merits of tax policy. That profoundly anti-writer business practice is only one portion of Amazon.com's history of abuse of their market power, and I simply won't contribute any more.

In none of these cases am I violating anyone else's First Amendment rights to free speech. First of all, I am not a State actor, and cannot violate someone else's First Amendment rights. Second of all, my right to call attention to or oppose anyone's market presence or public actions is just as much my own free speech, and in no wise an infringement of theirs. Despite Sarah Palin's recurrent whining, the First Amendment does not guarantee anyone freedom from the repercussions of their own protected speech.

Criticism, even in the form of boycotts, is not oppression. It's not a violation of free speech. It's a basic expression of democratic values. Just as I'm free never to eat at Chick-fil-A again in my life, my conservative friends are free to eat there every day of their lives. I don't really care what they do, any more than I care who will join me in my boycotts of Exxon, Domino's, Amazon and so forth.

I just know that I don't ever need to have anything to do with Chick-fil-A again. And I know that in boycotting them, I'm standing up for freedom, equality and justice for all. Unlike my conservative friends, who in gleefully supporting Chick-fil-A and founder Dan Cathy are taking an outspoken stand against freedom, equality and justice for all, at least in any America where "all" includes my gay and lesbian friends.