The Rule of Names — Aliette de Bodard on the perils of cross-cultural naming. (Snurched from Cora Buhlert.)

Pop Tarts: Which flavor Reigns Supreme? — Jersey Girl in Portland with her own comments on the Pop-Tart issue. [ jlake.com | LiveJournal ] See also The Pop Tarts World Store, courtesy of .

First Driving Lesson — A video from yesterday's Washington and Oregon coast ramble. Shot by me on my iPhone, produced by Waterloo Productions. Hahahah.

Howl’s Moving Castle in Shockingly Good Papercraft Form — This is pretty neat. (Thanks to .)

SMBC on the gay force that holds the universe together — Hahaha. Especially check out the mouseover text.

Fred Phelps: Why it is not possible to believe that you ate Chick-fil-A because of ‘freedom of speech’ — Slacktivist Fred Clark is once again delightfully snarky.

Voting Rights and Reproductive Rights for Artificial Intelligences — is both funny and interesting with a very SFnal question and accompanying thought experiment.

Rick Warren and the “Finer Points of Christology” — Conservative commentator Daniel Larison on religion and the GOP. I generally have a lot of respect for what he has to say, but in this case, I think he gets it flat wrong in dismissing the theocratic underpinnings of the current Republican coalition on the basis of the McCain and Romney nominations. Probably because Larison's own deeply religious perspective makes it difficult for him to acknowledge the depths to which the GOP has sunk in this respect. 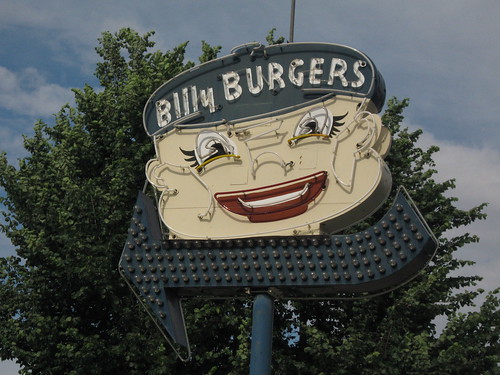 Last night after our return from the coast, and I scooted over to the OMSI for their Mars landing viewing party. This was held in the planetarium there, with NASA's JPL feed projected on the dome, and a second projection of a very sophisticated Mars lander simulator.

We'd planned on meeting and there, and had even saved them seats in the planetarium, but by the time they arrived the ushers were directing people to overflow seating in the theater. @rick_lovett did find us there. He was on assignment for National Geographic (I think) covering public reactions to the landing. wound up talking to him for a while.

The planetarium was packed. As David said to me in a text, science is popular in Portland. There was a big turnout of uniformed Civil Air Patrol cadets, and a ton of regular people. Interestingly, it was a cross-section of folks. Not just obvious geeks is what I mean. They had a few speakers and presentations, but mostly focused on the NASA feed. Plus there was a giant, inflatable Curiosity in the lobby.

very much got into the spirit of things. Especially the nerve-wracking period of time once the lander was committed to de-orbiting. The room reflected the tension of the JPL team. She asked a lot of questions, some of them quite insightful and some of them inane. Those latter were her bleeding off her own nervousness.

Interestingly to me, she was able to articulate the basic issues of lightspeed lag and simultaneity simply from paying attention to the NASA feed. We wound up having a long talk about that in the car on the way home, and also about conservation of momentum. Newton's first law isn't intuitive to her. She's still trying to wrap her head around that one. I love the way her brain works.

As we all know by now, Curiosity touched down successfully. and I went home and crashed out. (Or at least I did.)

Of course we could have watched this in my living room on our laptops. It's not like we were at JPL, let alone on Mars ourselves. But the shared experience of watching with a group of interested, fascinated fellow citizens was worth the trouble. The group energy of science isn't something one gets to be a part of very often in everyday American life. The wild applause and the beaming pride at the successful landing was very uplifting indeed.

And, hey, Curiosity is on Mars, and my kid got to think some big thoughts.

As I said to Rick at the event, history begins here.

One of the ways I look at life is that I try pretty hard to think about fairness. "Do as you would be done by," basically. This is my general policy in everything from parenting to dating to finance to personal behavior. It colors of my view of politics, the economy, race, class, gender, and social justice and privilege in general.

Fairness is almost the first casualty of political rhetoric. Pretty much everybody in politics does this. Partisans who will staunchly defend Their Own Guy's behavior will condemn identical behavior in The Other Guy.

Likewise policies. Look at the Republican response to the Affordable Care Act, which was closely templated on Mitt Romney's healthcare initiative while he was governor of Massachusetts. If there was ever an approach more tailor made for bipartisanship than a Democratic president proposing a national version of a highly popular and successful Republican reform initiative which manages to both cut costs and improve services, I can't think what it would be.

Yet the very same law that was responsible conservative stewardship under a Republican governor has become screamingly unacceptable Socialism and an infringement of personal liberty under a Democratic president. Partisanship, specifically the overwhelming GOP desire to deny Obama any form of success at any point, has trumped both fairness and common sense in a ferocious way.

That the same Governor Mitt Romney who enacted the Massachusetts health reforms is now as Candidate Mitt Romney the standard bearer of a party campaign strongly focused on denouncing those same health reforms is just a delicious piece of bizarre irony which will baffle political scientists of future generations.

On to Romney's tax returns…

I really couldn't care less about his tax returns. He's a very rich dude. We've always known that about him, ever since Romney became a public figure. The details are whatever they are. Unless he's withholding his returns to conceal material fraud or criminal behavior, I honestly don't think they're all that relevant. Who cares precisely how wealthy he is? How does that change the national conversation?

I'm not saying this isn't an important question. I'm saying the importance is not in the details of tax filings. The importance is in the broad strokes of the economic and class narrative that has become a definitive issue in this election. Absent fraud or criminality, the tax returns are basically details. Important to certain kinds of electoral wonks, but not terribly relevant to the public as a whole.

Even if Romney literally paid no taxes in some years, as Senator Reid has alleged, so long as he did it legally, I don't care. Romney's a rich dude. Just like big corporations, rich dudes have accountants and lawyers who manage their taxes with the specific goal of minimizing the burden. Money takes care of itself. That's one of the iron laws of capitalism. if you don't like it, take that issue up with Congress, who writes the tax code. Not with the rich, who live under it.

(And no, I don't like it either. Just making the point that Romney's tax history really isn't a legitimate issue per se given the way the system works today. In this case, the flaws are in the system, not in Romney or his candidacy.)

What is hugely important to me is the politics of the situation. I'm going back to my lede about fairness here. Every major presidential candidate since (ironically enough) George Romney in the 1968 election cycle has released substantial personal financial information, including years of tax returns. While that's certainly not required by law, nor should it be in my opinion, it's a significant gesture of good faith with respect to revealing potential or perceived conflicts of interest and matters of personal history which are in fact quite relevant in selecting a national leader.

After well over four decades of this tradition, Romney's not releasing the tax returns is like setting a giant bonfire declaring, "I have something to hide."

The Romney campaign has obviously decided that whatever is in those tax returns (and my guess is Senator Reid is right, or close to right) is so politically toxic that they would rather weather the storm of holding them back than deal with the consequences of the release of those documents.

Many figures in the GOP political and media elite are backing Romney up on this. Claiming that his privacy applies. Claiming that this is a personal decision. Pointing out the release of the tax returns is not required by law. Accusing Obama and the Democrats of fishing for trouble.

Is there a single figure in the GOP political and media elite who would have embraced Clinton's refusing to release his tax records under any conceivable grounds? Or Obama? Is it even conceivable that the entire Republican establishment would have done anything other than go into a paroxysm of conspiracy paranoia over such secrecy?

Even more ironically, Romney himself has taken in the past precisely the opposite viewpoint to his current highly principled stance on financial privacy when it came to demanding senatorial campaign opponent Ted Kennedy release his tax returns in order to prove that he had "nothing to hide". Do as you would be done by, Mitt? Again, fairness.

Sadly, "Do as you would be done by" almost never applies in politics. The profoundly brazen hypocrisy of the very same people who would crucify any significant Democratic figure for holding back personal financial information turning around to vigorously defend the financial privacy of the richest man ever to run for president is both entertaining and infuriating to watch.

It's obvious enough where this comes from. One of the primary assumptions of partisan politics is that Our Guy Is a Trustworthy Statesman, While Your Guy Is A Lying Skunk. All those GOP politicos and pundits know perfectly well that Romney is trustworthy and has nothing to hide. They honestly believe that anyone who says otherwise is engaging in character assassination. At the same time, they also know perfectly well that Clinton was a criminal conspiracist whose misdeeds were only covered up by a trail of bodies, and that Obama is a Kenyan Muslim Socialist bent on the destruction of America. They're not being unfair, they're just pointing out the "truths" that seem obvious to them.

If this tax return question is the worst thing that Romney has to weather on his road to either winning or losing the White House, then he has it much better than either Clinton or Obama did on any single day of either their candidacies or their presidencies. But Romney's partisans will never see it that way. They will never recognize their own profound unfairness.

Because fairness is the first casualty of political rhetoric.