Why I love Mars — Greg Bear waxes eloquent on cnn.com.

Curiosity rover hit the perfect spot on Mars, scientists say — The Mars Curiosity rover is in the most scientifically exciting place of its target zone, an alluvial fan in ancient Gale Crater.

NASA Primes Mars Rover Curiosity for Software Upgrade — How do you hit the reset button from 100 million miles away?

Perseid Below — A meteor shower seen from the ISS.

Open-air quantum teleportation performed across a 97km lake — It only works at night, but the technique sets a new distance record. I love living in the future.

In Israel, new modesty glasses for Orthodox Jewish men blur women out of their line of sight — The ultra-Orthodox community’s unofficial “modesty patrols” are selling glasses with special blur-inducing stickers on their lenses, so that men don't have to see women they consider to be immodestly dressed. Um, wow. Cultural questions aside, this is technologically interesting. Essentially, analog Augmented Reality.

The Cognitive Dissonance Here Is Appalling — Christianity Today encompasses the moral and intellectual bankruptcy of the Christianist perspective on gay rights in two sentences. You sure as hell will know that they are Christians by their love. (Snurched from Slacktivist Fred Clark.)

No…Not “Goodbye Dad.” A Dad Loves His Son. You Are Not A Dad. — Think about the kind of person who teaches parents to hate their children and considers it righteous. Think about the kind of person who does it as a campaign strategy and considers it patriotic. What do you say to someone like that when they tell you about their deeply held moral values? By their love, by their love. (Snurched from Slacktivist Fred Clark.)

The death of the Kansas moderate? — In which the GOP eats its own young.

Both Mars and Rembrandt — John Aravosis is both funny and smart about Grover Norquist being neither funny nor smart.

Women, white people: Is that what campaign 2012 is coming down to? — President Obama appeals to women by pushing the issue of access to contraceptives, while Mitt Romney accuses him of watering down welfare reform — an issue that tends to stir up feelings about race among whites.

If Mitt Romney were running a “post-truth” campaign, would the political press report it? — No, they would not. This falls under: too big to tell. Your Liberal Media, enabling and supporting conservative lies since, well, pretty much forever. And make no mistake. This is not partisan bickering. Romney flat out lies, repeatedly, on matters which are clearly documented, and is rewarded for it with press coverage and pundit reaction. So why should he stop?

?otD: Who is Keyser Söze? 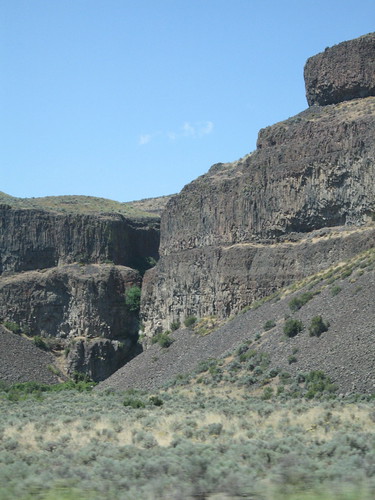 A Rabbit convertible converted to a tiny camper

Men in Kilts at the Washington Park Summer Festival

What's your favorite joke? Leave it in comments.

Sometime next week, I'll pick a few I like and we'll run a poll, with books and stuff for the winning jokes.

This probably doesn't need to be said, but though I have a very broad sense of humor, and enjoy jokes about sex, religion or politics, I will absolutely draw the line at racial "humor", and will moderate comments if needed.