Mrs Townsend — with an exemplar of a Victorian woman who was neither submissive nor chaste. Hilarious and disturbing both.

Calvin and Hobbes captures the essence of Internet comment threads

Web comic Least I Could Do on NASA/JPL's mohawk guy — Hah!

GOP Insider: Religion destroyed my party — A veteran Republican says the religious right has taken over, and turned his party into anti-intellectual nuts. Also, this just in, water is wet. Fish begin to acknowledge same.

?otD: Whose idea was it to rise up so early in the morn? 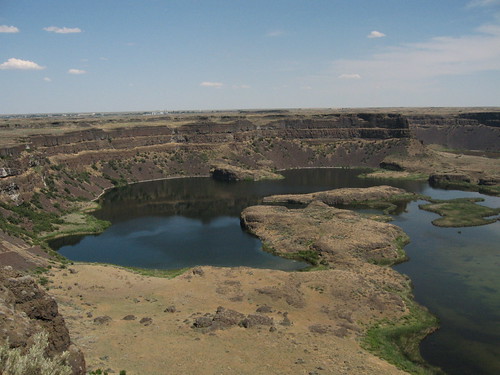 I am pleased to announce that my short story "Spendthrift" has been accepted by editor Jennifer Brozek for the forthcoming anthology Coins of Chaos.

Because, really, who doesn't like WWII Japanese army zombies in New Guinea?

Despite one or two minor mishaps in the culinary process, yesterday's momo party was awesome. Jersey Girl in Portland and I did much of the cooking, with substantial assists from almost every else, especially and Team Emdash;. had gone golfing with Donnie Reynolds and @itsaJuliasaurus and so showed up about the time the stove work got serious.

Lisa Costello spent a long tiem talking to Dad. (a/k/a my sister) did a lot of the prep. Mother of the Child, the Niece, (a/k/a my mom), and AH were all there doing things as well.

Yesterday evening a bunch of the same group (including the kids) headed out to the Portland Women's Forum Park shortly after sunset to watch the Perseids. A wonderful time was had by all there, including spotting several spectacular entry trails. This morning a slightly smaller bunch of the same group is heading for Pine State Biscuits, then hiking in the Columbia Gorge.

A wonderful weekend, all in all.
Collapse