Broken Letters: A Typogeography of Europe — Fascinating reading if you're either a typeface geek or a history geek.

Which profession drinks the most coffee?

Video urges Singapore couples to make babies - like, now — (Thanks to David Goldman.)

Neanderthals did not interbreed with humans, scientists find — The genetic traits between humans and Neanderthals are more likely from a shared ancestry rather than interbreeding, a British study has suggested.

Into the Uncanny Valley — Centauri Dreams on extra-terrestrial intelligence.

Arctic ocean losing 50% more summer ice than predicted — Facts not valid in conservative America and other places outside the reality-based community.

Isolated Incidents (Completely Unrelated To All The Others Just Like It) — Sexual morality at a Christianist bible "college". Proving once again that atheists are moral monsters without Christian principles to guide them. Or something. (Via Slacktivist Fred Clark.)

My Sister Paid Progressive Insurance to Defend Her Killer In Court — A classic example of why people hate both insurance companies and attorneys. This also clearly illustrates the fundamental conflict of for-profit insurance companies. Unlike almost any other business sector, their profit model relies on them not fulfilling their contracts. That problem is most obvious in health insurance companies, but applies across the board. Which is why I sometimes think all insurance companies should either be co-ops or publicly owned. As for the attorneys involved on the Progressive insurance side, I hope the crypts they sleep in are comfortably chilled.

The Certainty of Even More Shootings — Because this is America, where your theoretical defense of essential liberties is worth more than my actual life. But only under the Second Amendment. Thanks to the justly famed intellectual consistency of the conservative movement, we've already traded away all those other pesky amendments and their essential liberties for the illusion of a little temporary safety.

Your Election is being Bought by 47 Billionaires (and they are Buying War, Climate Change) — [N]early 60% of the almost quarter of a billion dollars raised by Super PACs from individuals derived from just 47 people, who gave at least $1 million each (obviously some gave much more). Remember, kids, according to the conservative-dominated Supreme Court, money is speech, so if you don't like this, put up your own millions.

Paul Ryan already benefited from the Social Security fund he now wants to gut — When a conservative needs something from the government, it's an essential Federal program. (See highway bills and farm price supports.) When anyone that conservative disapproves of needs something from the government, it's wasteful socialism. (See Aid to Families with Dependent Children.)

The Ryan Role — Paul Krugman on Paul Ryan. Interesting what the facts tell you, which is very different from what Your Liberal Media tells you.

Wonkbook: Everything you need to know about Paul Ryan — Paul Ryan's number one qualification for Romney's VP slot? He's not Sarah Palin.

?otD: Is your shadow taller than your soul? 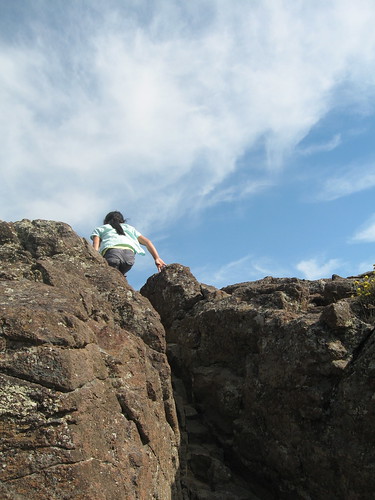 Hard on the heels of the recent Pop-Tart fracas, the question of the One True Girl Scout Cookie has arisen, whilst on a recent hiking trip. Disagreements were expounded. Hard words were said. Faces were turned away.

Once again, the mighty power of the Internets must be invoked to deal with a critical question of our times. What is the One True Girl Scout Cookie?

The poll is here.

Once the poll has run for a few days, I'll make a post tallying up the results, and also revealing which Girl Scout cookie I personally favor.

No news yet on the CEA bloodwork or the radiology report on the CT scan. Oncology consult is tomorrow.

In the mean time, I continue to enjoy existential dread as I don't know whether I'm about to lose another year of my life.