What’s More Dangerous Than a Shark?

'Maser' source of microwave beams comes out of the cold

NASA eager to take Mars rover Curiosity for a drive

Gov. Jan Brewer defies W.H. on immigration — I'm pretty sure we had a firm national conversation on the topic of Federal supremacy, oh, about 150 years ago.

Conservative ‘Dark Money’ Outspending even Superpacs on Attack Ads (Barker) — Mmm, transparency. Poor ethics like this is why you can't trust liberals. No, wait...

Romney Sharpens Old Message: Obama Runs On ‘Hatred’ — This from the leader of the party that pioneered the politics of resentment and has staked its current electoral fortunes on xenophobia, homophobia and liberal-bashing? Irony is indeed dead.

Paul Ryan on soapbox at Iowa State Fair — Conservative policies are unpopular even with conservatives when applied to them personally. The GOP is all about punishing the Other.

Romney/Ryan: The Real Target — This story requires that there be good, honest, technically savvy conservative politicians, so that you can point to these politicians and say how much you admire them, even if you disagree with some of their ideas; after all, unless you lavish praise on some conservatives, you don’t come across as nobly even-handed. The trouble, of course, is that it’s really really hard to find any actual conservative politicians who deserve that praise.

?otD: Where do we go from here? 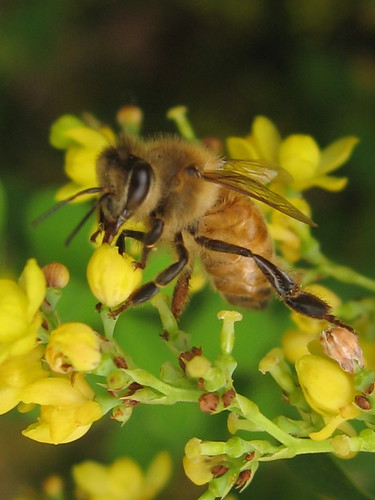 Yesterday, I met with both my medical oncologist and my surgical oncologist. We discussed this week's CT scan results and the recommended treatment paths.

In short, I have three metastases in my liver. The largest is about 2.8 cm. They are present in both the left and right lobes, and one borders on the peritoneal boundary, though there is no current evidence of interpenetration with the peritoneum. (For those keeping score at home, this is my third metastatic presentation following on my original presentation of primary colon cancer in April of 2008. In other words, my fourth bout with Stage IV colon cancer in four and a half years.)

These metastases are surgically addressable. My surgical oncologist does not foresee significant difficulties with the metastasis bordering the peritoneum, but he says if it does look troublesome during surgery, he will fall back to radio frequency ablation (essentially, cooking the cells in and around the site with a microwave tipped probe).

My medical oncologist wants to use the third of the available chemotherapy sequences, which is a reprise of FOLFOX (from the first chemo series) with the addition of Panitumumab (Vectibix). This drug combination attacks the cancer from a different metabolic pathway, specifically blocking something called EGFR.

Neither of the doctors felt like the more rapid multisite presentation of the metastases was outside the expected norms for my cancer. As my surgical oncologist said, if we saw systemic metastasis or multiple organ systems involved, he'd be a lot more concerned. At the same time, both of them were somewhat evasive on the subject of my achieving a full cure. While we still have not officially given up on that goal, it's pretty clear that presenting a third round of metastasis has further diminished my chances of full cure. Reading somewhat between the lines, I'd guess two to three more years for me to live, much of that quite ill either from the treatments or from the end-of-life processes. My medical oncologist did put my five year survival rate at 25%, which based on previous comments seems optimistic.

The good news, which may affect my life expectancy somewhat, is that a fourth chemo series is the final stages of approval, and may be available next year. This would give us one more round of treatments in the rather likely event of further metastasis. As both of them said in slightly different phrasing, we might be having this conversation again next year.

I have been prescribed a twelve-session course of chemotherapy, interrupted after six sessions for liver resecting. I asked whether we should do the surgery first or last, but both doctors in consultation with one another felt this interrupted plan would be most desirable, as it would allow us to gauge the effectiveness of the chemotherapy course halfway through.

The current plan is as follows:

The first FOLFOX series was very difficult for me. I experienced significant cognitive and emotional impairments which took as long as six months to clear after the end of the chemo series. Also, the peripheral neuropathy was awful. The Panitumumab (Vectibix) also introduces the potential for a significant skin rash with outbreaks of acne as a side effect. I have already been prescribed antibiotics and topical cream for that. Occurrence of this rash is considered a good thing, as it indicates the drug is working.

I am investigating seeking a formal second opinion on this treatment course. I'm not sure there are a lot of good options at this point, but want to confirm that the current plan makes the most sense for my survival and my quality of life. Because of my schedule, the process of seeking this second opinion would likely push commencement of my treatment back a week or possibly two.

After Chicon, I am canceling the rest of my appearances for the year, and 2013 through at least April. This includes me missing both Surrey International Writers Conference (again) and World Fantasy Convention (again).

If it helps you to pray for me, feel free to pray. Just because I'm an atheist doesn't mean I think you should be. Likewise, if it helps you to cuss, feel free to cuss. Or send a check to the American Cancer Society or the Clayton Memorial Medical Fund. Or buy one of my books. Or just go tell someone you love them.

One foot in front of the other.