To Detect a Starship — Another approach to SETI, from Centauri Dreams.

A Believer — Hahahaha. Darwin vs. Jesus.

Iceland Was Right, We Were Wrong: The IMF — Uh, yeah. Also this: Iceland's Fair Value Vultures. (Thanks to .)

The end of WASP rule? — One cannot but wonder if a lot of the hatred and partisanship in politics (e.g., the appearance of the tea party out of nowhere) is a manifestation that the guard is changing and the people who used to run the show don't any more. Some of them may not be taking the end of their monopoly graciously. Oh, well, at least Sarah Palin's "Real Americans" always have their Second Amendment solutions. (Via David Goldman.)

Mike Huckabee Would Like to Remind You That Rape Has Created Some Extraordinary People — Because conservatives are classy mother fuckers. (Thanks to .)

Islamic Shariah & Todd Akin/Paul Ryan on Abortion & Legitimate Rape — As Akin has reminded us yet again, conservative America is a deeply frightening place if you place any value on human rights or quality of life.

Well, They *Should* Be Defending Akin — Lawyers, Guns and Money states the obvious: that Akin was only saying what the GOP has been saying for years. He was just a little too honest for the swing voters Romney is trying to court.

Such a lonely word — Slacktivist Fred Clark with an excellent collection of links on the Romney campaign's knowing and deliberate dishonesty — not issues of partisan spin, but flat-out, easily refuted lies that are absorbed by Your Liberal Media and the voters without much challenge. Post-truth works for conservatives. Which is logical enough, given their explicit rejection of evidence-based thinking and the reality-based community.

What Paul Ryan's Budget Plan Would Mean for an Average Family — The devil is, as always, in the details. 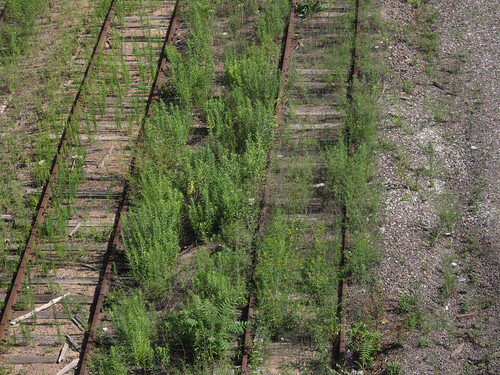 Here's what I did yesterday afternoon:

A longer post with photos to come sometime in the next few days, when others have posted their shots. I didn't take very many myself, due to being in the moment.

I was amused in thinking about something recently. The apparently now-faded Chick-fil-A kerfuffle hinged on a remark by company president and COO Dan Cathy about support for the Biblical definition of marriage. (What he actually said was "Biblical definition of the family unit", but this has generally been read by all sides as referring to marriage.) Everyone involved from any ideological perspective seems to understand Cathy's words as encoding for "one man, one woman".

The New Testament, and therefore the New Covenant has a lot of different things to say about marriage without being especially precise. including Jesus' very clear statement in Luke 18:29-30 that any man who leaves his wife and children behind for the sake of the Church shall be rewarded all the more in heaven. Sounds a lot like abandonment or divorce to me. The traditional one man, one woman form is quite clearly assumed or explicated in the various texts, but not inviolably so.

But since Christianist opposition to gay marriage hinges substantially on Leviticus 18:22, which is in the Old Testament, it seems to me that any effort to understand the Biblical definition of marriage should rest on the same foundations. This is simple fairness and intellectual consistency, after all. (With respect to the New Testament, Romans 1 26:28 is often cited, but if you read the whole passage and apply a little bit of context, it's a larger discussion of idolatry and turning away from God and a fairly long list of things which are disapproved of, including pride, boasting and backbiting. It's certainly not the explicit legalistic prohibition against homosexuality found in Leviticus.)

And Biblical marriage in the Old Testament is a messy, complicated thing.

In Genesis 11 through 25, Abraham rocked it with Sarah and Hagar. Definitely not one man, one woman. For bonus points, Sarah was his half-sister. Admittedly, he wasn't formally married to Hagar, but this three-way relationship was pretty clearly part of God's plan.

In Genesis 25 through 50, we learn about Jacob. He rocked it a lot harder with his cousins Rachel and Leah, and various servant girls, all of whom the Bible clearly states were given over to him in marriage.

In the story of David recounted in 1 Samuel and 1 Kings, the foreskins of the Philistines are named as a bride price for his wife Mical. Later on, David arranges the death of one of his generals so he can marry Bathsheba, the man's wife. Neither of these seems to an approved modern method of courtship. He ultimately winds up with eight wives.

In 1 Kings, Solomon is described as having seven hundred wives and three hundred concubines. Definitely not one man, one woman.

This doesn't even get into the issues around Lot's daughters, for example.

All of which to say, Biblical marriage is not clear cut. Since my Christianist friends place so much weight on the Old Testament condemnation of same sex relationships in defending traditional marriage, I think it's only fair that the place a similar weight on the Old Testament's highly colorful and varied definitions of marriage. One man, one woman isn't a simple ideal, and it certainly isn't God's law.

Doubtless there are detailed theological arguments that richly justify how one picks and chooses which Old Testament verses to defend to the death as inviolable holy writ, and which to blithely ignore. I'm just as certain that once you take even one step away from the moral absolutism of Biblical inerrancy, for example, by wearing mixed fabrics, you lose the right to call upon individual "clobber verses" as being the final arbiters of God's will with respect to whatever particular argument you wish to make.

Me, even as an atheist I'm a lot more in favor of the New Testament's messages of love and fairness and non-judgmental inclusion than I am in favor of carefully selected Old Testament prescriptivism. I'm pretty sure that's the whole point of the New Covenant. Which would seem to argue for a much broader Biblical definition of marriage than my Christianist friends insist upon. Or at the very least, a much kinder and more tolerant treatment of people of whom they do not approve.