Man behind bars 2 years after judge orders release — Daniel Larsen was found 'actually innocent' of carrying a concealed knife, but the attorney general's appeal is keeping him in prison, claiming that he missed a key deadline. Feel safer now? What if this was you trapped in prison because someone else missed a paperwork deadline? Tough on crime makes for a great campaign soundbite, but the nuances ruin people's lives. Too bad half the American voting population doesn't do nuance.

The Checkpoint — Terror, Power, and Cruelty. An IDF soldier on working a Palestinian checkpoint. (Thanks to David Goldman.)

In Congress’s Paralysis, a Mightier Supreme Court — Which fits in well with the Right's anti-government agenda, given the conservative loons now in control of the Supreme Court. (Thanks to Dad.)

Todd Akin’s comment brings ‘war on women’ back to prominence — At least until Election Day, Republicans were supposed to pretend that their party’s alleged “war on women” was nothing but a paranoid fantasy stoked by desperate Democrats. Obviously, Rep. Todd Akin (R-Mo.) didn’t get the memo. Yep. This. Which is why I'm quite surprised by all the crocodile tears from the GOP over Akin simply stating what the party has been pushing for years.

Republican Party approves strict anti-abortion platform, earning rebuke from Scott Brown — Despite all the mock outrage from the GOP, Akin really was just speaking the Republican mind. What Romney et al are horrified about isn't what he said, it's that he said it so plainly that some swing voters might actually notice what's really going on in their long term assault on women's health and reproductive freedoms.

Todd Akin Fallout: Rape, Abortion and the Dark History of Qualifying Violence Against Women — The "forcible rape" canard has been around for a while. The problem is in trying to police the kind of trauma that merits the right to an abortion.

One little adjective — Language Log (of all places) with some good detail on Akin's position on rape. And remember, per the party platform just adopted, his remarks represent the core GOP view of the issue. Akin's mistake was in being a little too honest, instead of using the usual conservative code talking to permit plausible deniability of their real intentions. Slacktivist Fred Clark extensively documents how mainstream Akins' views are within the GOP.

Soledad O’Brien tries to get Christine O’Donnell to define the word ‘Marxist’ — Your Liberal Media actually does its job for once, and calls out a conservative on their lies. Good luck keeping that job, Soledad. (Via .)

Hurricane Isaac may Threaten RNC convention of Climate-Change Deniers in Tampa — So, it is at least a little ironic that the largest convention of professional climate change deniers in the world should be menaced by an extreme weather event. Nature is not impressed by Big Oil lobbying dollars.

Hank Williams Jr. calls Obama a Muslim who ‘hates the U.S.’ at Iowa concert — Because when you're a conservative, evidence-based reality takes a distant back seat to good old "Real American" hate.

In Praise of Fact-Checkers — Ta-Nehisi Coates on Newsweek and Niall Ferguson's blatant dishonesty there. Oddly enough, Ferguson was arguing a conservative perspective when he lied in Your Liberal Media. This is why Sarah Palin's "Real Americans" vote Republican: because of the lack of ethics among liberals.

We Are Two Countries Now. It's the Space Between That's Scary. There Are Guns There. And No Laws. — Speaking of conservatives deliberately isolated from reality. Charles Pierce with a long, fascinating essay.

The convenient untruth of GOP lies on abortion, climate change, tax cuts, and vote fraud — Common wisdom on the left is that Mitt Romney has decided to lie his way to the Presidency. But there is another explanation, one that is much worse: Romney may actually think he is telling the truth. Ideologues don't live in the same world as the rest of us. If the facts don't fit the ideology, then the problem must be with the facts, as the ideology can never ever be wrong. This is precisely what lies behind the wholesale conservative rejection of the reality-based community. Thirty years of cynically deliberate cultivation of counterfactuals in pursuit of the loyalty of the GOP base has produced a culture of anti-intellectualism that will someday be seen as breathtakingly dangerous and wrong-headed in historical terms.

Will anyone say "Mormon" at the Republican convention?

Prime Time for Paul Ryan’s Guru (the One That’s Not Ayn Rand) — Ah, Hayek. (Thanks to Dad.) 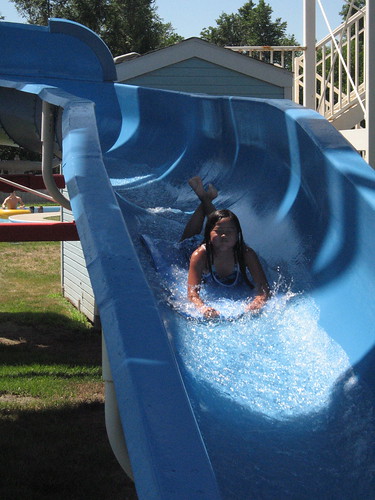 For those just tuning into our program, I've had Stage IV colon cancer for four and a half years, since April of 2008. As of last week, I was diagnosed with my third metastasis. In other words, this is my fourth cancer presentation in those four and a half years. Each metastatic recurrence further depresses my life expectancy (this is a statistical observation, not a personal prognosis), and increases the odds of further metastases.

In other words, I've been doing this for a while, and I'm quite likely to be doing it again in the next year or so, after I've passed through the forthcoming round of chemotherapy and surgery.

Like anything one spends time practicing, I've become good at being a cancer patient. I sometimes joke that I've gone pro. By the time I finish the upcoming chemotherapy course, I will have spent 18 out of the previous 40 months on chemotherapy, with another 4 of those months spent in surgical recovery. I figure if I spend more than 50% of my time being a cancer patient over the course of years, that qualifies me as pro. Not even counting all the bloodwork and CT scans and whatnot during the off-seasons.

It's confusing and overwhelming and baffling. The current round also has me seriously evaluating disability and end-of-life issues. I'm not at elevated risk for those right now, but my increased likelihood of recurrence means I need to understand my options going forward.

In no particular order, here are some of the life and medical logistics I have been dealing with:

I'm pretty sure I left a bunch of things off this list, but that's just a glimpse of what I've been dealing with in the week since the diagnosis came down. Being a cancer patient is hard and complicated work, before, during and after.

I still don't have access to the photos taken in-flight from inside the basket, but here are some nice ones from fellow passenger Doris Abraham, as well as ground crew members Dani Martin and Tracy Rotundo. Man, that was a lot of fun.