Antarctic Methane: A New Factor in the Climate Equation

Whole Lot Of Crazy — Why is it that those folks who think of themselves as the biggest bestest Americans are always the first ones to talk about revolution and revolt when they think they’re going to lose an election? And you’ve really got to admire the raw naked crazy inherent in Judge Head, he’s the guy who thinks that raising taxes to help fellow Americans is communism, but raising taxes to hire his own private army to kill Americans and overthrow the government is somehow patriotic. (Snurched from Steve Buchheit.)

RNC Attendee Allegedly Threw Nuts At Black CNN Camerawoman, Said ‘This Is How We Feed Animals’ — No racism here. Move along, citizen. Nothing to see.

Akin Accepts His True Political Persecutors: The Leaders Of The Republican Party

Lies, Damn Lies and G.O.P. Video — Who needs truth when you have righteousness on your side?

Top Ten Repeated Paul Ryan Lies — In honest political debate, when a candidate says something that is not true, he is confronted by journalists and the public, and either gives evidence that it is true, or backs off. Ryan continues to insist on repeating known falsehoods, to the extent that even Fox Cable News lamented his dishonesty. Again, this is not partisan spin. THis is not he said, she said. These are knowing, flat-out lies being cynically told by the GOP for political gain. Enabled and unchallenged by Your Liberal Media, for the most part.

Mitt Romney tells 533 lies in 30 weeks, Steve Benen documents them — As far as conservatives are concerned, we have entered a "post-truth" era where the form of the message trumps the validity of the content every time. Which is a logic outgrowth of the privileging of willful ignorance through evolution denial, climate change denial, and the bizarre lies that the forced pregnancy movement tells itself to keep itself motivated. 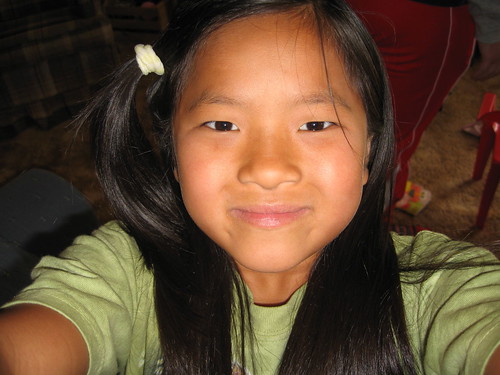 This work by B. Lake. is licensed under a Creative Commons Attribution-Noncommercial-Share Alike 3.0 United States License.

I will be in Baltimore, MD after Worldcon, for a second opinion cancer consultation at Johns Hopkins Friday, September 7th. I am declaring an Open Dinner in Baltimore the evening of Tuesday, September 4th — the day after Labor Day. We'll meet at 7 pm at Ryan's Daughter, an Irish pub on East Belvedere Avenue in north Baltimore.

So far, so good. Yesterday's travel was punctuated by various grades of frustration, though ultimately successful. My flight from PDX to LAX was 25 minutes late into the gate, which made my connection from Terminal 6 to Terminal 4 remarkably problematic, especially as I missed the transfer bus by one minute. Luckily for me, my flight from LAX to ORD was late in boarding. On the plus side, one of my fellow passengers clocked me upside the head with his rollerbag, as my skull was apparently getting between him and the overhead bin space he desired access to. Silly skull.

I did get almost two hours of revisions in on Other Me in flight, which was nice, and read more Mark Teppo. On arrival at ORD, I ran into Rochelle U. and Ken B. in the luggage claim, so we shared a cab to the hotel, which spared me dealing with the train.

We were quite amused to note the vomit clean-up fee on the rate card.

At the hotel, I ran into the usual forest of friends and acquaintances before final finding my room and my roomie, Sally McLennan. She and I eventually toddled off to Three Aces for a truly fantastic meal. Highly recommended!

This morning I went for a walk along the riverfront, then the lakeshore. Some odd sites, including a Chicago police car graveyard and some curious public art.

Not to mention me discovering that it's a bad idea for me to forget to pack my hairbrush.

Wound up breakfasting with Scott Edelman and Bob Silverberg, which was pleasant and funny. Now sorting out my day, which will be low key. After today I'm stuck on fast forward, so I'll be enjoying the relatively mellow proceedings for now.

See some, all or none of you around the joint here.