Quick, Write This Down: Notebook Maker Moleskine Goes From Analog To Digital

Pakistani Police Arrest Christian Girl's Accuser — akistani police arrested a Muslim cleric who allegedly tampered with evidence submitted in the case against a Christian girl accused of desecrating a Quran. This is why you can't trust atheists and liberals. Because they lack the steady moral compass provided by religious faith.

Cruel Conservatives Throw a Masquerade Ball — The stage show looked like America, but the convention hall did not. The crowd seemed like the sanctuary of a minority — economically wounded capitalists in shades from eggshell to ecru, cheering the man from Bain and trying to fathom why they’re not running the country anymore. The speakers ranted about an America in decline, but the audience reflected a party in decline.

?otD: Is this Goldie's last day? 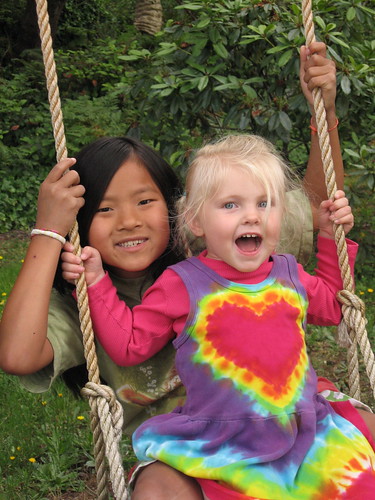 Yesterday began with my usual morning walk along the lakeside. I then met Janet Freeman-Daily for breakfast, where we mostly talked cancer. After that I was on a fairly insane panel that was round one of a five-part world building workshop.

Some of my fellow panelists

I bounced from that straight to a photo shoot with Locus photographer Beth Gwinn. We went back to the police car graveyard, which on close inspection proved to be movie cars rather than true police cruisers. Dani Martin came along to be Beth's minion and lighting grip, and took a few photos with my iPhone.

Note the roll cage inside; photo by Dani Martin

Me and a cop car; photo by Dani Martin

After that, I caught lunch in the neighboring food court with Bryan Thomas Schmidt. I then hied off to a panel on moral ambiguity in SF, with a literally overflow crowd.

Nikki Deasy took me offsite for a nice dinner and some low key conversation.

Me, with dinner; photo by Nikki Deasy

The evening wound up spending some more time barconning with Sally McLennan, hitting a few parties, then wrapping it up.

P.S. — Sorry I failed to tag everyone in the photos, but I am very tight for time as I make this post.

I will be in Baltimore, MD after Worldcon, for a second opinion cancer consultation at Johns Hopkins Friday, September 7th. I am declaring an Open Dinner in Baltimore the evening of Tuesday, September 4th — the day after Labor Day. We'll meet at 7 pm at Ryan's Daughter, an Irish pub on East Belvedere Avenue in north Baltimore.

Also, if you've already responded, I don't need you to reply again. These reposts are because people always tell me later, "Oh, if I'd only known you were going to be there!"