Scenes From A Multiverse on writer's block

The Legend of the Tsar's Finger

Armstrong's death may speed Tranquility Base preservation — Effort is on to save lunar landing site for Apollo 11 mission as National Historic Landmark. (Via David Goldman)

A Voyager Far From Home

Review: Raspberry Pi — Can a $35 computer persuade kids to put down their smartphones and try their hands at programming?

Utah Democrats split on party’s gay-marriage stance — Pssst. Hey. Conservative America. Listen up. Hate really isn't a family value. You can cloak your homophobia in high minded church doctrine or moralistic rhetoric all you want, but at the end of the day using the force of law to tell people what they can't do in their own lives simply because you don't like it isn't morally or ethically defensible. In this, as with so many other conservative positions of the past century and more, you are utterly on the wrong side of history.

The Invisible Man — Ta-Nehisi Coates on the Republican view of Obama.

The Hex on Paul Ryan

‘64 or Bust — The alleged rewards of Republican intransigence.

?otD: What were you doing at two in the morning? 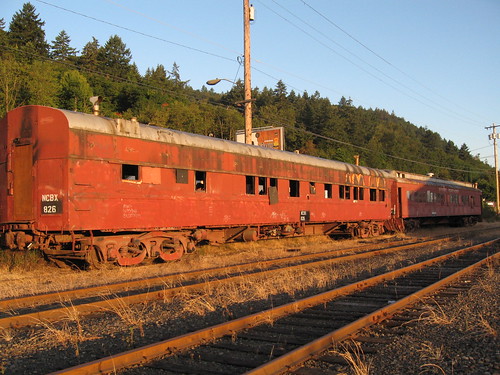 Last night's open dinner here in Baltimore was great, good fun. There were fifteen of us, including me and Lisa Costello. @psursi took photos!

Good conversation, though as always with these things it's a little hard to talk with an entire table at once. Good folks, a few old friends and a bunch of new ones. In more-or-less around the table order, we had John Zaharick, Karlo Yeager, Mark Siegal, and , Beth Tanner, Rip, Jeff Young, , Lisa Nohealani Morton and Chris, @psursi and his wife Stephanie, and Deanna Hoak and her daughter. What a great crowd. We talked about some fun stuff, and some serious stuff, and enjoyed semi-Irish pub grub at Ryan's Daughter.

In other news, I am pleased to announce that via my agent Jennifer Jackson, Hayakawa Publishing has acquired Japanese magazine rights for my Mainspring novella "Chain of Stars," which they intend to publish in the November 2012 issue of SF Magazine.

My thanks again to Subterranean Press for giving that story a market home in the first place.

Yesterday I emailed my surgical oncologist with a question about whether there was value in making my next liver resecting as radical as possible. This was in connection with the radiologist's observation on the PET scan that two of the three tumors (Bush and Cheney, I believe) were right on the margins of the last resecting. My surgeon called me back in the late afternoon to discuss his thoughts. In short, here's what our conversation uncovered:

Due to prior resections, my liver anatomy is compromised. This means they cannot do large scale resection at this point. He agrees we should be as aggressive as possible in resecting what can be resected, but feels the risk of primary liver failure due to excessive surgery is every bit as bad or possibly worse than the risk of recurring metastasis. He also recommended I see one of his surgical colleagues at Johns Hopkins while I am here in Baltimore, and is providing me with assistance in trying to jump the appointment schedule and get in while I'm here in Baltimore to see the medical oncologist.

He expressed a willingness to reverse the order of chemo and surgery, per my questioning of the treatment plan as currently contemplated, but explained that the reason I'm not getting satisfactory answers to my questions about that process is that they simply don't know the answers at this point. There are no clinical standards for my pattern of disease progression. He felt that my medical oncologist would continue to argue strongly for systemic treatment (ie, chemo) first.

For whatever it's worth, he also characterized the current tumors as likely being a mix of recurrence from leftover material (in the case of one of the tumors on the resection site) and novel tumors from the metastatic pathway.

We also tangentially discussed my risks of recurrence and mortality potential. He agreed with my expectation of multiple recurrences until it gets away from us.

What I derived from this conversation was two things. One, that there's more likelihood than I had thought that we might change the order of treatment. Two, my mortality assessments are in the right ballpark, granting the overall uncertainty of any individual cancer patient's disease progression.

I suspect I'll be pounding the phones today trying to secure that additional appointment.