Professional Standards — What it takes (or took in 1934) to make it in the news business. (Via Marta Murvosh.)

Five Reasons Cord-Cutting May Not Be For You — Are you ready to ditch cable? It's not for everyone--yet. I ditched cable tv back in 1994, haven't regretted it yet.

Spreepark Berlin Sits Abandoned 11 Years After Closing — (Thanks to .)

Love To Hate Cilantro? It's In Your Genes And Maybe, In Your Head — (Via .)

A First: Organs Tailor-Made With Body’s Own Cells

Bee study lifts lid on hive habits — Experiments on division of labour among honeybees reveal why some worker bees are foragers while others nurse their queens.

The staggering decline of sea ice at the frontline of climate change — Scientists on board Greenpeace's vessel exploring the minimum extent of the ice cap are shocked at the speed of the melt. Remember, kids, climate change is a liberal conspiracy. Pay no attention to the facts on the ground, your ideology will always be correct.

He Said, She Said, and the Truth — How come the wrong end of fact checking almost always seems to be the conservative view? You know, the one Your Liberal Media always presents as part of fair, balanced reporting.

Canadian the only illegal alien caught in U.S. fake-voter dragnet — [A]fter months of searching, only one alien falsely claiming to be a U.S. citizen has been caught, charged and convicted in Florida. And this is why Republicans the nation wide are eager to disenfranchise hundreds of thousands (if not millions) of likely Democratic voters. To protect the sanctity of the polls from a single rogue Canadian! No partisan interest here, no sir. (Snurched from the always excellent Lowering the Bar.)

U.S. state officials in stealth mode on health exchanges — Because GOPers at the state level are just as destructive as the national party. (Via .)

Thank You, Paul Ryan — Thanks to Ryan's very explicit advocacy of scrapping public Medicare in favor of vouchers, seniors are returning to their natural Democratic home. The transparently bogus effort of the Romney-Ryan ticket to walk back Ryan's voucher proposal -- and alter it into a plan where seniors get to choose traditional public Medicare or vouchers -- only reinforces the voter perception of Romney as someone who keeps changing his story.

Romney enters critical phase, will talk up economic plan — Because those very same policies worked out so well under Dubya.

?otD: Special for you today only? Or every day? 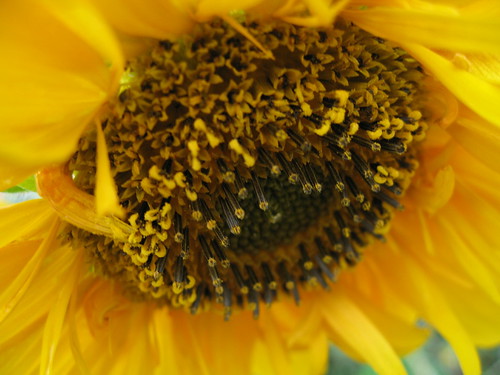 I've been thinking lately about the way media reporting changes my perceptions and political opinions even without me being consciously aware of it.

Sometimes I change my perceptions and political opinions based on reasoned argument. For example, I used to be very strongly opposed to the home schooling movement. I am still fairly uncomfortable with it for a variety of reasons, but an extended set of dialogs on this blog some years ago helped me see that my ideas about home schooling were incomplete and not well-founded.

Other times, my views change without me taking conscious note of either the process or the outcome of the shift until something brings it to my attention. I had the experience of being in the airport security line in Omaha behind a Catholic priest last summer. I found myself with a visceral dislike and distrust of the man simply based on his attire. (And yes, I am aware that he could have been Episcopalian or some other denomination that uses similar clerical attire.)

This baffled me, as I've always held a benignly positive view of the Catholic church. I mean, nuns, hospitals, parish schools, Catholic universities — regardless of one's denominational politics, they do a lot of good in the world. I realized my reaction was due to my persistent disgust with the church's generations-long gross mishandling of pedophile priests, an institutional corruption in the Catholic church that extends from the base all the way to the top and would likely draw racketeering and conspiracy charges against any secular organization that behaved so. Combine this with the U.S. Catholic bishop's current vile (and misleadingly baseless) anti-woman political activism with respect to healthcare reform, and somewhere along the line I'd come to see the Catholic church as force for evil in society.

I also realized that if I were traveling with and we were seated with this priest, I would ask to be reseated. I don't want her exposed to a representative of such a profoundly anti-child, anti-woman organization as the Catholic church.

Is this an appropriate reaction of mine? Absolutely not. For one thing, the Church's institutional problems are not reflected in its individual members, be they parishioners or priests. For another thing, I appear to have wandered into the mental and emotional space of harboring a religious prejudice, something I have a horror of for both personal and philosophical reasons. It's very important to me to be fair minded in all things.

Likewise, yesterday morning Ace Jordyn and I were walking in downtown Portland when we came across Portland's Komen Race for the Cure. Until this past year, I'd always had a strongly positive view of the Susan G. Komen Foundation. I've supported friends who participated in the Race for the Cure with pledges. I mean, who can be against breast cancer research? Except this year the Komen Foundation politicized itself with a hard right wing turn to move against any perceived support for abortion through their screening activities with Planned Parenthood. So seeing all that pink just irritated me. Insofar as I was concerned, I was being immersed in right wing shills with a profound anti-woman bias.

Is this fair? Again, absolutely not. For one thing, the Komen foundation, albeit grudgingly, has moved to correct their overreach. For another thing, the Portland chapter almost certainly has nothing to do with the errors of the national organization. And certainly almost none of the thousands of women and men running in pink shirts and hats had the forced pregnancy movement on their minds. They were out there supporting friends and loved ones with breast cancer.

Again, the important point here isn't that I need to carefully consider my views of the Komen Foundation. The point is how much the media reporting of their misdeeds has influenced my thinking without me being especially conscious of it.

When I apply this realization to the wider world of American media, especially the constant drumbeat of liberals-are-traitors messaging coming from the right wing voices that dominate, is it any wonder so many of my fellow citizens profoundly misunderstand the liberal-progressive agenda? I'm pretty self-aware, and consider my opinions on a regular basis, and that doesn't save me from falling into the trap of media messaging, especially media messaging that addresses my confirmation biases. Can I expect more for others?

I should start by expecting more from myself.
Collapse