Srdce světa (Jay Lake) — A Czech review of Mainspring. They didn't like it very much, insofar as I can tell via Google Translate.

Philip Athans on Shared Worlds and “The Fathomless Abyss” — SF Signal with an interesting interview.

The Dornier Flying Boat — More of my unreasonable love of flying boats.

A Letter from a Scared Actress — Neil Gaiman with a letter from one of the people in that anti-Islam film which is causing so many problems. It's weird, and terrifically unfortunate. (Via .)

Why I Love Mormonism

GOP Civil War Is Coming as Mitt Romney Campaign Flails in Video’s Wake — The video carping about government moochers may well have sealed it. Mitt Romney is going down and the fight already is on for the future of the Republican Party. The battle will be bitter—and prolonged. America should be so lucky as to see our conservative movement self-destruct.

The True Face of 'Voter Fraud' — Ta-Nehisi Coates on the conservative contempt for democracy as practiced by non-white people in America.

Also, Nazis! — Jim Wright on Rick Santorum's statement that conservatives "will never have the elite, smart people on our side." Which pretty much does say it all. Out of their own mouths, no less. Wow. Do you really want to live in a country governed by the Legion of Stupid? Irony really is dead, and staked out at the crossroads. (Snurched from Steve Buchheit.)

Tax Cuts For The Rich Do Not Spur Economic Growth: Study — Proven by a study. And the last three decades of experience. And common sense. None of which will trouble the beautiful minds of conservative America, of course, since this is merely evidence while they have ideology.

Paul Ryan, Ubermensch — Why does the vice-presidential candidate keep hyping his physical prowess? Especially when he keeps lying about it.

Romney Camp Won’t Offer Specifics On New Pledge To Provide Specifics — Because reasons. Shut up, you pinkos. The 47% can just mind their own damned business.

Romney Tells Millionaire Donors What He REALLY Thinks of Obama Voters — In case you were somehow unaware of what the GOP thinks of the little people like you and me.

The “Utter Disaster” for Romney — Conservative commentator Daniel Larison on Romney's latest idiocy. My only question is why is anyone surprised? 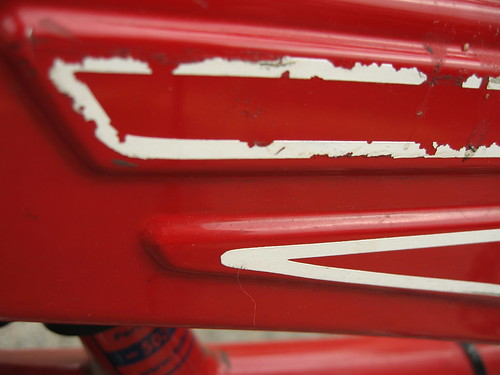 A friend responded via email to yesterday's post about the media, political perceptions, and my views on the Komen Foundation. It's worth reposting, though they specifically requested that I omit attribution. They'll see any comments people make here, and can covey responses through me if need be.

Here’s a link on media coverage affecting attitudes about politics. Might be something to consider when it comes to other things.

Regarding Komen, I’ve got mixed feelings. I have some warm fuzzies about the group. My mom did a short walk before her diagnosis. The wife of one of my old sources and my source walks it every year and sometimes when they are training their route comes by my house and we chat. So it’s warm fuzzies. People I know do the walk.

But I’m really feeling critical about Komen group. There’s a lot of reasons for me to think that they aren’t a group I’d put time and money into. It’s not just the Planned Parenthood snafu.

They sued other charities for using the words "for the cure." (To me that's almost as bad as the Washington Shriners sued the Campfire girls trying to break a 100-year lease on land that the Campfire Girls gave the Shriners. So group that benefits kids sues kids' group. WTF? Cancer-fighting nonprofit goes after other nonprofits over intellectual property over words that anyone writing about cancer would use. WTF? It’s like the Salt Lake Olympic Organizing Committee suing a brewer for creating 2002 the unofficial amber forgetting that you can’t trademark a year.) I think a nonprofit should take the high road and not worry if someone wants to use the same prepositional phrase.

There's some concern that more money is being spent on marketing, masked as education (34 percent of the budget page 13 in the FY2011 Annual report, more financial info here. However, I have not looked at their tax statements, which are public record, and compared them to other groups’ statements, such as the American Cancer Society.

There's also a concern about Komen not recognizing certain carcinogenic as carcinogenic. Jezebel would have it be a red/GOP conspiracy. I'm not so sure about that; I suspect it's Komen board not understanding science. (That's my take based on watching some of the lawmakers argue about the science when they were working on outlawing BPAs in Washington.)

There's also it's issue with how it uses stats in advertising that caught the attention of two doctors/researchers who published their criticism in the British Medical Journal.

Since Komen is ranked with St. Jude's as the most trust worthy philanthropy groups in the nation, I think Komen needs to be cautious that the information they provide helps women make informed health choices, rather than misleading them.

On Friday, September 14th, after my oncology consult at John Hopkins, I went to the Space Telescope Science Institute (also at Johns Hopkins) with Ace Jordyn and Lisa Costello. This is the organization that manages the Hubble Space Telescope as well as the forthcoming James Webb Space Telescope, along with numerous other space science projects. My good friend astronomy professor and hard SF writer Dr. Michael S. Brotherton had arranged the tour with his friend and collaborator STSI program scientist Jerry Kriss.

Jerry met us outside the Bloomberg building. He took us through there, including views of some really cool historical astronomy artifacts, a number of spacecraft mockups, and a look at his own office. We then crossed the street to the STSI building, where we saw a lot of space art, more mockups and models, the control center from which Hubble was managed for a while, and where JWST will be managed, as well as lots of scientists, grad students and odd and interesting factoids. As Jerry had said when setting up the tour, "All the interesting stuff is in space, we're just a bunch of people doing things with computers."

Except they're a bunch of people doing really cool things with computers. And Jerry's passion for his work shone through like a bonfire. The man is in love with space, and he works there every day. I envy him his enthusiasm.

We got a lot of information about how JWST is being built, an overview of the history of space-based astronomy, and a look at some pretty neat stuff. My thanks to Jerry for hosting us, and to Mike for arranging it.

The main hall of the Bloomberg Physics and Astronomy building

The astronomer at his work