SF Squeecast Episode 16: Live from Chicon: Keeping It Classy on the Eve of a Hugo Award — In which I make a guest appearance, and tell Lynn Flewelling's bear joke on live mic.

A Box of Crayons for the iPad — (Thanks to Dad.)

Some of the science behind procrastination (and tips on how to manage it) — I couldn't find time to read this article.

What would it mean if Jesus had been married? — Slacktivist Fred Clark on the current stirrings in religious circles.

MoFem 101: Nauvoo Versus Utah Polygamy — Some inside baseball on Mormon polygamy history. I find this oddly fascinating.

Proud Americans, Be Who You Are — Being gay and political. (Snurched from Slacktivist Fred Clark.)

Bill O'Reilly's Sandra Fluke Obsession — Anatomy of yet another of the endless baldfaced conservative lies.

GOP Sen. says he will cut scientific funding because scientists read too much — Because, uh. I got nothing. The conservative stupid outpaces even my sarcasm sometimes.

Mitt Romney: I'm for the '100 percent' — Amazing, the things conservatives say when they realize people are listening. Quite different from when they feel free to truly speak their minds.

Ann Romney to critics: "Stop it. This is hard" — Yes, I warmly recall when Ann Romney leapt to the defense of Hillary Clinton and Michelle Obama as the media savaged them and their husbands. Her sterling intellectual consistency is of a piece with that of conservatives as a whole.

Worse Than Bush — Conservative commentator Daniel Larison on the Romney candidacy. He has more interesting stuff here. N.B. I like reading Larison because he critiques the conservative movement from the inside. Gives me a more rounded view of some of the issues that are very hot for me. I don't actually agree with very many of his positions, but I find him fascinating to read. 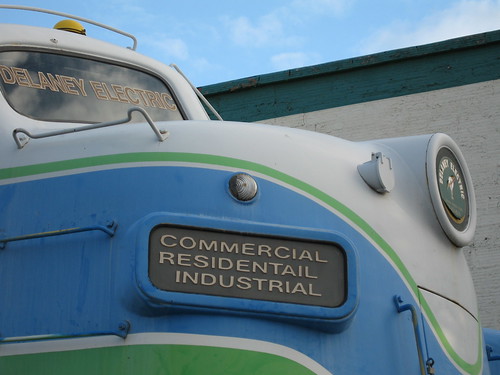 I'm into my third chemo series as of today. FOLFOX/Vectibix at the infusion center this afternoon, with a 44-hour take-home pump loaded with my old friend 5FU. Six three-day sessions biweekly through December, a break for surgery, probably in early January, then six more sessions through April or so.

Off to the hospital after a while. My parents are taking me, and Ace Jordyn is being primary caregiver this weekend.

This is so hard. On me and on everyone around me.