The End Of Games — Ta-Nehsis Coates on the aging of his personal fandoms. I could have said much the same.

Apple reportedly is poaching Google Maps staff — Hey, Apple. I've got a better idea. Give us back our damned Google Maps app.

Are lower pesticide residues a good reason to buy organic? Probably not. — Interesting.

Five Surprises From Billionaire Paul Allen's Mind Map — And some background: Inside Paul Allen's Quest To Reverse Engineer The Brain. (Via David Goldman.)

Pulsating Nanotube Spits Out Buckyballs — Researchers overcame a number of challenges to make this nanostructure. I've been on dates like that.

Oregon Rain Shadow — A satellite photo from Earth Observatory. This effect is starkly visible from an aircraft, and clearly visible from the ground. It's all pretty damned cool.

Attendant's gun accidentally discharged at Philadelphia airport — There was quite a scene Sunday morning at Philadelphia International Airport's security checkpoints. It all started just before 7 a.m. ET when an apparently forgetful flight attendant for a US Airways Express affiliate brought a loaded handgun to the security checkpoint. The firearm then was accidentally discharged by a Philadelphia police officer. Security theater at its finest. Feel safer now?

It’s time for Islamophobic evangelicals to choose — It's time for Evangelicals to live in the evidence-based world, frankly. Reality doesn't stop just because you think your Bible tells you so.

Bobby Jindal’s Voucher Schools: American Indians On the Trail of Tears Were Just Coming to Jesus — One of those “facts” is that “God used the Trail of Tears to bring many Indians to Christ.” The tidbit comes from a 1994 A Beka Book, which offers Christian education materials, titled America: Land I Love. Another “fact” the schools will teach is that the Ku Klux Klan “in some areas of the country tried to be a means of reform, fighting the decline in morality and using the symbol of the cross. Klan targets were bootleggers, wife-beaters, and immoral movies. In some communities it achieved a certain respectability as it worked with politicians.” That information comes from United States History for Christian Schools (Bob Jones University Press, 2001). These vile, ahistorical lies are what happens when you cede control of schools to conservatives.

Mitt Romney Calls U.S.A. a 'Foreign Country' in His Tax Returns — Thought experiment: How widely would the right wing commentariat and Your Liberal Media trumpet this exact error if Obama had made it? Yep, no racism here. Nosirreebob.

?otD: Did the day-glo pirates sink at last? 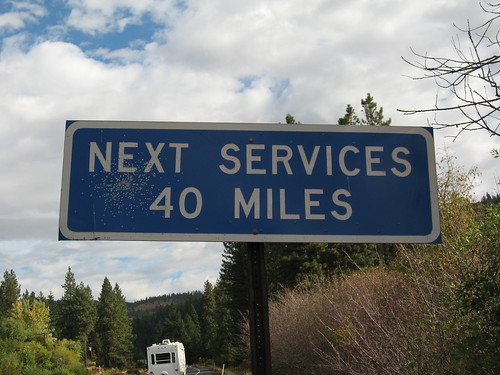 has decided on our new chemo ritual. Like my character Green with her belled silk, we will sew bells to a length of cloth to celebrate the days of my life on chemo.

Every woman of our village is given a silk at birth, or at least the finest cloth a family can afford. The length of the bolt is said to foretell the length of her life, though I’ve never known that a money-lender’s sister wrapped in twelve yards of silk lived longer than a decently fed farmwife with a short measure hanging on her sewing frame. The first skill a girl-child learns is to sew a small bell to her silk each day so that when she marries, she will dance with the mu- sic of four thousand bells. Every day she sews so that when she dies, her soul will be carried out of this life on the music of twenty-five-thousand bells. The poorest use seed pods or shells, but still these stand as a marker of the moments in our lives.

If you'd like to send me something to help through my chemo, go out a pick up a few small bells with loops or hooks that can be sewn to cloth. and her co-conspirators will take care of the sewing for me.

Here's an example of the size range of bells we're interested in. We're probably better off on the smaller end, for the most part.

To send me bells:

Cover illustration © 2011 Dan Dos Santos, used for promotional purposes with permission of the illustrator and of Tor Books.

That wasn't quite as bad as session one either of the first two times. I remained more lucid, though just as fatigued. Never really got out of my chair on Saturday at all. And thank you again to my family and friends for my new powered recliner.

As mentioned yesterday, the side effects are already happening. Everything from the first stirrings of peripheral neuropathy to cognitive impairments. I lost five pounds in three days. My friends and family are being very adversely affected as well. Some hard times this weekend, both here at Nuevo Rancho Lake and elsewhere.

As for today, I am feeling remarkably okay.

Still, we persevere. Because what else is there to do?

This work by B. Lake is licensed under a Creative Commons Attribution-Noncommercial-Share Alike 3.0 United States License.
Collapse