Aircraft Carriers in Space — Wow. A must-read article about space combat in SF, from Foreign Policy of all place. Incidentally, on Twitter yesterday, @cstross raised an objection to the value of this article, mostly based around the flaws in the surface naval analogy, but I still think it's pretty important. (Thanks to .)

Bayer wins early U.S. approval for colon cancer drug — This will be my fourth chemo 'bullet' when we need it in a year or so.

Bird brains? Crows remember your face (and know you’re hiding in there) — Crows are more like us than we might have guessed.

Demolishing Heisenberg with clever math and experiments — Good, general measurement choices eliminate uncertainty. The headline is slightly misleading, The story doesn't describe an unseating of the Heisenberg Uncertainty Principle, but more of a partial end run around it within specific quantum domains. Still pretty interesting stuff.

Embracing 3-D Printers, Manufacturer Tells Customers to Print Their Own Replacement Parts — Unfortunately, they don't mean body parts Yet. (Via .)

Displaying the Dinosaurs of the Digital Age

Also Nazis, Part 2 — Jim Wright on the conservative crazy. As usual, in their own words. I literally don't understand how thinking human beings can believe some of the things Republicans mouth every day. This isn't just a difference of political opinion or worldview. Some of it is deeply insane truth-twisting.

The GOP’s problem isn’t just the salesman. It’s what he’s selling. — Maybe the luster is finally wearing off the conservative crazy.

?otD: Did you leave a note to lead him on? 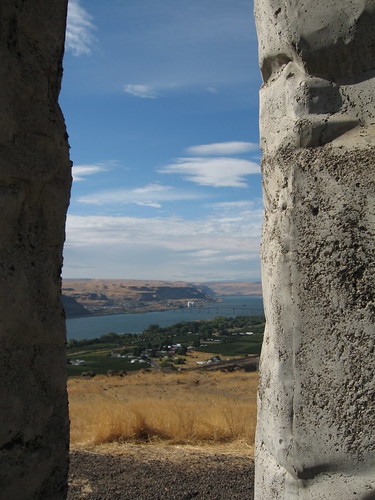 Yesterday, , Ace Jordyn and I met Team E— at the Chapman School to watch the Vaux's Swifts come home to their chimney.

It was fun to see. Hundreds of people turned out to watch. Our show was abetted by a hunting merlin that made an appearance near the end of the evening looking for dinner on the wing.

The female half of team E‐

The male half of team E‐

Me, after dozing on the blanket

Vaux's Swifts circling the chimney — you cannot tell from this photo, but there were thousands


A short video of the swifts

Yesterday we went out looking at Vaux's Swifts. Which was a lot of fun.

Thanks to my friends Vectibix and Doxycycline, I now have very sensitive skin. I am especially sensitive to sunlight.

After just a week, the skin on my face is tight, brittle, tender and inflamed. I have a spray of acne on my chest and upper back as well. I use hypoallergenic lotion on my skin, as well as 1% Hydrocortisone cream. I go out with heavy sunscreen on my face, neck and hands. I wear a hat, long pants and long sleeves. I should be wearing a hood and possibly a scarf or kerchief.

I am beginning to flinch at any sunlight. My face hurt last night, just from the car ride to the swifts. I feel like a freaking vampire.

And this is only the beginning. By next spring, my skin ought to be a real party.