Jay Lake - The Weight of History, the Lightness of the Future — A rather lengthy and apparently thoughtfully positive review in Romanian of my Sunspin cycle of short stories, leading into the novels. Google translation here.

Space shuttle Endeavour on the move through Los Angeles -- at 2 mph — Hundreds of trees were removed from the route -- angering some residents. Really? Did that have to happen?

Will an iPad Mini be worth buying? — More on device sizes.

Unexploded bombs lurk off US coast — Disposed World War II explosives and munitions in the Gulf of Mexico pose a threat to offshore oil drilling, according to Texas oceanographers.

Insurer: Hey, these climate-related disasters are getting expensive — Apparently the liberal conspiracy over climate change extends to somehow quadrupling insurance losses due to increased adverse weather events. Amazing how badly reality is biased against the conservative position.

Maryland's Marriage Moment — "I would't want someone denying my rights based on their religious views, so why should I deny others based upon mine? It's about fairness." I simply do not understand why millions of Republicans cannot understand this very basic principle which in turn protects their own freedoms. To put it in a religious framework, Leviticus 19:18 says, "Love your neighbor as yourself." (Via Slacktivist Fred Clark.)

Michele Bachmann Makes Surprise Visit To Synagogue, Congregants Storm Out And Donate To Her Opponent — Hahaha. (Via David Goldman.)

The 6 Studies Paul Ryan Cited Prove Mitt Romney's Tax Plan Is Impossible — If you call blog posts studies. Which, given the widely demonstrated conservative distrust of "facts" and "data", may be perfectly reasonable from Ryan's perspective.

Romney Rising (Still) — Good for him, very bad for the country. Did we learn nothing from the presidency of George W. Bush?

?otD: Did you get some passengers? 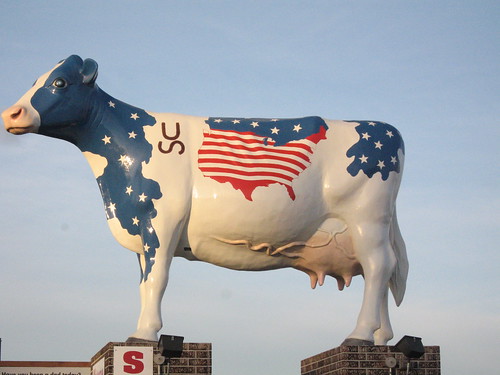 Regardless of your ideology or political beliefs, here's a little thought experiment for you.

Likewise, what if Mrs. Obama (or Mrs. Clinton) had said "We've given all you people need to know." What reaction do you think that would have gotten? Especially the dismissive "you people"?

Does the treatment of Romney over this issue really strike you as balanced? Do you truly believe that his tax returns are a non-issue, in the face of forty years of standard behavior for presidential candidates, as initiated by Romney's own father when he ran for president?

And do you think if Romney is elected, we'll see a "Taxer" movement the way we've seen a "Birther" movement?

I don't suppose we'll ever know what was so dreadful that the Romney campaign thought it was worth withstanding the pressure they did come under. Luckily for them, no one really cared in the end. They gambled and won on this issue in a way that no Democrat could ever have gotten away with.

This has been another in my continuing series of commentaries on my chemo-induced toilet-based lifestyle.