A Correct Review — A reader who really doesn't like Mainspring. Gets a tad personal about it, even.

Ken Brady on Felix Baumgartner's record setting jump yesterday — What he said. I couldn't have put it better.

Cracking the Quantum Safe — The weirdness of quantum. (Via my Dad.)

Landscapes by Remote Control — Some interesting comments on the Mars rovers from BLDBLOG (of all places), in the form of a book review.

Many cancer patients don't understand purpose of chemo, study says — Sigh. As threeoutside says, "[This is] what crippling our educational systems and denigrating science education and castrating patient-support programs ends up doing to people who need medical care: millions of patients don't have the faintest fucking idea what questions to ask, what the answers would mean anyway, or how to begin to participate in their own health care." Best healthcare system in the world, according to conservatives. Who are lead by morons like Rep. Broun. A Republican congressman who is a doctor. Yeah. Wilful ignorance for the win. (Via .)

Has our war on microbes left our immune systems prone to dysfunction?

Scientists Uncover Diversion of Gulf Stream Path in Late 2011; Warmer Waters Flowed to Shelfbreak South of New England — Man, Al Gore somehow managed to divert the entire Gulf Stream in his liberal conspiracy to promote global warming. Good thing we have solid Republican ideology to keep us straight in the face of those "facts" and "data".

Vaccine for HPV doesn't make girls promiscuous: Study — More of that liberal "data", based on "reality" and "facts". Luckily, we have conservatives to remind us this can't possibly be true. Remember how the Republicans were utterly wrong about the effects of repealing DADT? About how Obama was going to come for their guns? Or every minimum wage increase, ever? Or the stimulus package? Or HCR, as it has taken hold so far? No, Republicans don't remember being wrong either.

The Republican Assault on Minority Voting Rights — How can Republican voters go on believing that the latest wave of voter ID laws is about fraud and that it’s the opposition to the laws that’s being partisan? To help frustrated non-Republicans, I offer up my own experience as a case study. I was a Republican for most of my life, and during those years I had no doubt that such laws were indeed truly about fraud. Please join me on a tour of my old outlook on voter ID laws and what caused it to change.

Triumph of the Wrong? — In these closing weeks of the campaign, each side wants you to believe that it has the right ideas to fix a still-ailing economy. So here’s what you need to know: If you look at the track record, the Obama administration has been wrong about some things, mainly because it was too optimistic about the prospects for a quick recovery. But Republicans have been wrong about everything.

Fox News vigorously challenges Romney’s tax cut lies — Oops. Some truth accidentally leaked into the FOX pool. They must be so ashamed. There will either be a major retraction or a firing early this week.

Romney Invested in Medical-Waste Firm That Disposed of Aborted Fetuses, Government Documents Show — One of the things Romney is hiding with the refusal to release his tax returns. Has Your Liberal Media been all over this story? (Via Pat McEwen)

?otD: What will you do when you win the lottery? 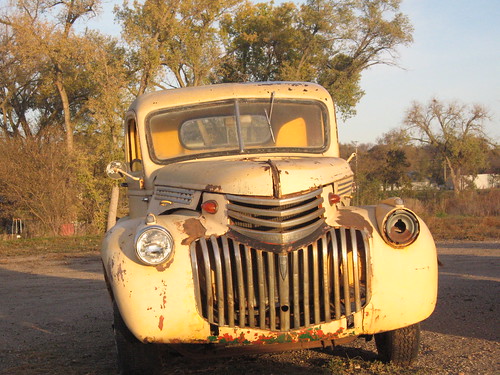 The Vectibix rash has been getting out of control. I've been unable to wash my face or hair due to extreme skin sensitivity. This has created terrible skin cruft as well as dandruff in my beard and hair. Plus my face and head ache and itch pretty much all the time.

Jersey Girl in Portland came over yesterday to hang out with me and Lisa Costello. She made a delightful brunch, and later they went off househunting. In between brunch and househunting, Jersey Girl gave me a crewcut. Lisa and took pictures, then I took a few self-portraits after.

We did a crewcut instead of a shave because my skin is so fragile and sensitive that the razor would have been a very bad idea. This is also why I have not shaven off my beard or moustache — I cannot tolerate the shave there, either.

I am having a lot of trouble with the whole rash issue. I'll write about that more soon. Suffice to say this has been a very difficult coping challenge. I am lucky that my friends see me for who I really am.

Or was, at least.

Photos by Lisa Costello are all rights reserved, used with permission.

This evening, Seanan McGuire is hosting the latest incarnation of the at McMenamin's Kennedy School in NE Portland. M.K. Hobson and I will be joining her there for a 7 pm start time.

Come a little early, enjoy the food and beer service in the reading room, and hang out with Northwest writers and fans. Plus the Kennedy School itself is worth an hour of your time. Steampunk fans should be sure to check out the Boiler Room Bar.