BOOK REVIEW: When the Villain Comes Home, Edited by Gabrielle Harbowy and Ed Greenwood — In which SF Signal notes that my story feels like steampunk.

Ian McEwan claims the novella is better than the novel — I'm pretty sure this is true of my own work, but I have no idea how this could be a generic truth.

Targeting insulin inhibition as a metabolic therapy in advanced cancer — Hmm. Interesting. (Via .)

Company Plans To Build High-Altitude Balloon Facility In Tillamook — Due to our relatively rough terrain and lack of large flat spots, western Oregon is not normally considered balloon country. These guys seem to have an answer to that. A Pacific Northwest space program?

Walmart's New High-Tech Labs: You're Not in Arkansas Anymore — The way we shop is changing at lightening speed, and the world's largest retailer knows it needs to keep pace.

Editorial: Meet a science committee that doesn't get science — Ars Technica on the science issues in Congress.

Boston mayor seeks $15M for lab scandal fallout — Fake lab results to expedite convictions. Tough on crime sure works out well. What if it was you sitting in prison because of this? Feel safer now?

US Drone Strikes on Pakistan: Counting the Bodies — All questions of ethics aside for a moment, as a practical matter under OBama's leadership we Americans are creating new generations of an entire people who hate and fear us with very good reason. How does that serve anyone's interests? Feel safer now?

The Self-Destruction of the 1 Percent — American and Venice. A clear historical example of how conservative principles bring on social destruction and national decline.

Death by Ideology — The Romney-Ryan position on health care is that many millions of Americans must be denied health insurance, and millions more deprived of the security Medicare now provides, in order to save money. At the same time, of course, Mr. Romney and Mr. Ryan are proposing trillions of dollars in tax cuts for the wealthy. So a literal description of their plan is that they want to expose many Americans to financial insecurity, and let some of them die, so that a handful of already wealthy people can have a higher after-tax income. And this is why I can never, ever be a conservative. I don't see how any sane, moral human being of any ideology or socioeconomic status can consider this a good idea. Not to mention which that as a long term cancer patient I personally am one of those people that Romney and Ryan are happy to let die for the sake of prioritizing tax cuts for the wealthy.

Obamacare gets my vote: Romney and Ryan's alternative nearly killed me — I'm critical of Obama's presidency, but my medical emergency convinced me that for Obamacare alone we must re-elect him. I get this. Sick as I am with cancer, the mother of all pre-existing conditions, the GOP platform certainly means the likely end of my life should I ever lose my insurance coverage.

It's Funny Because We're White — There is this sense that birther jokes are the sideshow of the Republican Party, a nutty fringe that keeps conservatives from the serious task of separating those who are smart from those who are poor. But I would argue that birther jokes are the essence of the conservative movement: The involuntary spewings of a resentful class who know they should be better, and hate you for holding them to this.

Analysts: Romney bolstered by right-wing 'leaners' — Yeah, because things worked out so well the last time we elected a Republican president.

Romney’s Foreign Policy: Bush 2.0 — Oh, yeah. Because it worked out so well last time. Let's do it again! This nation has apparently entered the "hit yourself on the head with a hammer so it feels good when you stop" phase of our political decline.

GOP cut half billion from embassy security before Libya attack — Because Obama! Seriously, guys, if you're going to politicize something that doesn't actually have a hell of a lot to do with electoral politics, you might make sure you're on the good side of the issue. Of course, in a FOX News/post-truth America, that doesn't really matter.

Inertia — Jim Wright on the vice presidential debates and the Benghazi mess. Speaking as the son of a former U.S. Ambassador, what he said. In spades.

Of Babies and Beans: Paul Ryan on Abortion — Paul Ryan did not say, as John Kennedy had said before him, that faith was faith and public service, public service, each to be honored and kept separate from the other. No, he said instead “I don’t see how a person can separate their public life from their private life or from their faith. Our faith informs us in everything we do.” That’s a shocking answer—a mullah’s answer, what those scary Iranian “Ayatollahs” he kept referring to when talking about Iran would say as well.

?otD: When will the end come to this old world? 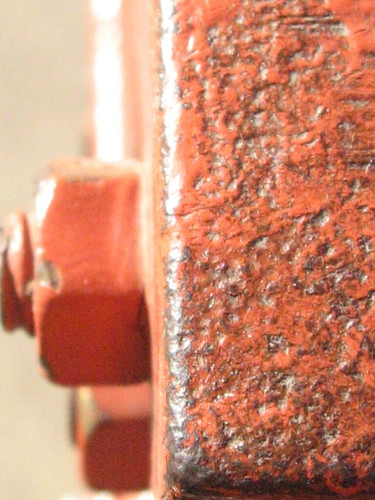 I went to the SFWA Northwest Reading Series last night, hosted by Seanan McGuire, and featuring her, me and M.K. Hobson. I was feeling pretty fatigued and bit ill from chemo, so Seanan and series host David Levine kindly rearranged the reading order so I could go first, then head for sleep.

The story I read was "They Are Forgotten Until They Come Again", from the River anthology, edited by Alma Alexander. The audience seemed to like it, but I stumbled home before the Q&A.

I did receive some criticism from several quarters in my personal life about doing this. However, this event will be my last public appearance until at least May of next year. (I may manage an hour or two of informal hanging out in the lobby at OryCon, if that's not a chemo weekend.) My public identity as a writer is important to me, cancer has been stealing it a piece at a time for years. So this was a small chance to be among friends as the expansive person I used to be rather than the diminished person I am once again becoming.

I really want to thank everyone involved in the SFWA Northwest Reading Series for being so patient with me and working to accommodate my needs.

I've commented before on the explicitly post-truth campaign that Mitt Romney is running. He frequently makes statements that are either untrue on the plain face of the facts ("President Barack Obama has not signed one new free-trade agreement in the past four years."), or are flatly contradictory to his own statements, often within the same news cycle (“There’s no legislation with regards to abortion that I’m familiar with that would become part of my agenda.”). These lies get very little play in the mainstream media and none in the conservative commentariat, and apparently suit their purpose very well in appealing to specific audiences Romney is trying to address. His running mate, Paul Ryan, has a similarly elastic relationship with truth and ethics.

I've assumed all along this is typical political manipulation, the deeply cynical approach pioneered in its modern form by Lee Atwater and Roger Ailes largely to get the GOP past the political disaster that was Richard Nixon, then perfected by Karl Rove, and maintained on a daily basis by FOX News (which has in the past explicitly sued to protect their right to lie on First Amendment grounds).

However, I am realizing with dawning horror that it's quite possible that Romney actually believes whatever he's saying, whenever he's saying it. That this isn't cynical opportunism, but an actual detachment from reality. A cognitive issue, or perhaps indescribably terribly judgment.

Certainly over the past decade or so, the conservative movement has made a concerted and self-conscious effort to opt out of the reality-based community. Many American conservatives have convinced themselves that when the facts disagree with their ideology, the facts have been biased or distorted by liberal sources. That's the relentless daily message of FOX News, for example. And that thinking lies behind everything from evolution denial to climate change denial to supply side economics — all cherished conservative positions with no objective basis in the real world.

When as the conservative movement has done, you demonize and disparage intellectual achievement and the validity of real world data and experience, intellectual consistency really does stop being a concern.

We know from Romney's own words that he believes things which are incomprehensible to almost all of the rest of us. When he told unemployed Florida voters, "“I should tell my story. … I’m also unemployed," Romney was equating the experience of having a quarter billion dollars of net worth with being out of work and unable to pay his bills. Or Ann Romney's comments about their struggles in the early years of their marriage, ""They were not easy years. […] Neither one of us had a job, because Mitt had enough of an investment from stock that we could sell off a little at a time."

The Romneys are people who believe their experiences of unemployment and financial struggle connect them with everyday Americans. And they seem genuinely offended when others don't accept that self-assessment. In this, they both are hideously detached from reality. And it's only small example of what seems to go on in Romney's mind.

This doesn't precisely qualify Mitt to be president.

I'm starting to be far more frightened by the idea that Romney believes his own words than I ever was by the callow cynicism I'd assumed in him up until now. Admittedly, the nation will survive his presidency if elected. We survived the charismatically veneered Alzheimer's of Ronald Reagan, and we survived the dry drunk, entitled incompetence of George W. Bush, after all. But the idea that anyone takes this man with his shallow, inconsistent ideology and cognitively fractured worldview seriously is just frightening. The idea that tens of millions of my fellow citizens take him seriously is just depressing.

We really do get the government we deserve.