To public domain — As tipster says, "What if authors were compensated more justly (unlike the Google books situation) for having their works make public domain for the public good in an "eminent domain" way? And how would society decide which books are most valuable to society and thus candidates for being freely available?"

R. B. Woodward, general problems and the importance of timely birth — Being the right place at the wrong time. (Via David Goldman.)

Exoplanet around Alpha Centauri is nearest-ever — Astronomers have found the nearest planet outside our Solar System, circling one of the stars of Alpha Centauri just four light-years away. The Bad Astronomer with more.

Finding Fossils in the Great Divide Basin — Using satellites and AI to improve the odds. I've been on dates like that.

Computer Viruses Are "Rampant" on Medical Devices in Hospitals — A meeting of government officials reveals that medical equipment is becoming riddled with malware. Speaking as someone who has major surgery about once a year thanks to my friend cancer, this is pretty frightening.

Corn Belt Shifts North With Climate as Kansas Crop Dies — More of those liberal "facts" and "data" about climate change in the reality-based world. Thank God we have America's conservatives to remind us how wrong that is. How's that working out for you Kansas Republicans, btw?

King's crisis — After a meteoric rise in the evangelical world, The King’s College president Dinesh D’Souza now faces his board’s likely questions about his relationship to a woman not his wife. When you make your living as a conservative moralizer and a public scold, you might want to keep your own damned pants zipped. Either that or stop caring so much about what rest of us do with ours. More of that justly famed conservative intellectual consistency, hot on the hoof.

Religious right kills anti-bullying day in schools — Because nothing speaks of Christian compassion like standing up for your kid's right to bully others. Thank God I'm an atheist.

5 Reasons Humanity Desperately Wants Monsters to Be Real — I really like this piece. Among other things, it does a lot to explain how hate has become a family value. (Snurched from Slackivist Fred Clark.)

Why I Resigned the Paterno Chair — Michael Bérubé with a very thoughtful take on the horrid mess at Penn State.

Ann Coulter thinks family rejection of LGBT youth is a joke — We are talking about a leading light of the conservative movement here. What did you expect besides inhumane callousness?

Tommy Thompson’s Son Apologizes For Birther Joke — Aww, that's sweet. Of course, he had no regrets until he was called out. That's not apologizing for the joke, that's regretting getting caught.

The Women in Mitt Romney’s Polygamous Heritage — From a Mormon historian. (Note, this is not a political hit piece, though the timing is odd.) Still, polygamy is unambiguously biblical marriage. I'm sure Chick-fil-A president Dan Cathy is good with it.

The correlation between releasing tax returns and winning presidential elections — Interesting. (Courtesy of .)

Mr. Romney Needs a Working Calculator — To the annoyance of the Romney campaign, members of Washington’s reality-based community have a habit of popping up to point out the many deceptions in the campaign’s blue-sky promises of low taxes and instant growth. I wonder what would happen if every American with doubts about Romney's tax plan sent his campaign a pocket calculator?

Romney’s Tax Plan: Secret or Just Nonsensical? — Mitt Romney, who built Bain Capital LLC and ran Massachusetts with technocratic detachment, is a famously astute numbers guy. These twin achievements make it all the more frustrating that Romney has resisted filling in the details on the signature proposal of his U.S. presidential campaign: to cut taxes by 20 percent across the board without raising taxes on the middle class or exploding the deficit. Romney’s reticence has led others to do the job for him. This in turn has made his campaign unhappy. This story is from those wild-eyed socialists at Bloomberg.

Romney Binder full of Top Ten Mistakes and Falsehoods — The Republican post-truth campaign (e.g., lying opportunistically out of your ass at every turn) has paid off well for Romney so far with few if any significant negative consequences. Why quit now?

Romney Somehow Manages to Bungle His Biggest Opportunity to Attack on Foreign Policy — Conservative commentator Daniel Larison on the key moment of the debate.

Obama Is Back! — Well, Fox was calling it a draw, and its anchors started blaming Candy Crowley for how it all went down 32 seconds after it ended. Need to know anything else?

?otD: Is being a woman in a binder like being a girl in a refrigerator? 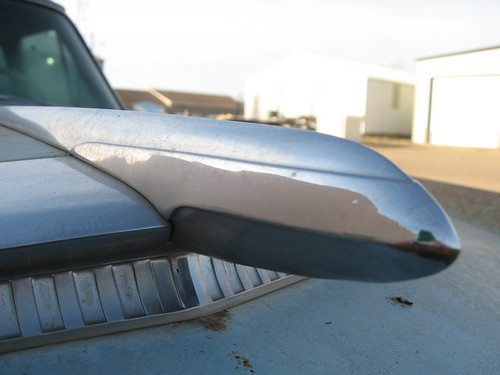 After being mired in travel distractions, chemo fatigue and this horrible skin issue, I finally found enough of my head to write yesterday. I spent a little over an hour working on "A Stranger Comes to Kalimpura", which turns out to be a somewhat better story than I thought it was when I was writing it. I've sent this Green novelette off to my first readers for some feedback.

The whole not writing thing is tough. I'll lose it completely soon enough, as things happen, thanks to chemotherapy and its discontents. But not writing when I think I should able to makes me an extra special kind of crazy.

So, yeah, a little bit back on the horse.