Why Are Some Publishers So Wrong About Fair Use? | Peer to Peer Review — (Via .)

Over 150 Valuable Roman Coins Go On Display — (Via Lisa Costello.)

Understanding the Zombie Teen's Body Clock — Yeah, I got one of these.

"Third kind of computer" learns cancer medicine — IBM's Watson computer is building its knowledge-base for its first 'serious' uses. (Via .)

Mortify Our Wolves — The struggle back to life and faith in the face of pain and the certainty of death. A Christian writing about his cancer. Some of his more religious comments, especially regarding conversion in times of stress, are unselfconsciously tendentious, as if an atheist like me simply don't yet understand the obvious truths. (Admittedly, a common perspective for anyone of strong beliefs.) Despite these flaws, the piece as a whole is a very moving reflection on cancer, parenting and death. (Thanks to AH via .)

Too hot to handle: Triassic temps may have killed tropical species — The equatorial oceans were over 40°C, and largely devoid of fish. Good thing there's no Holocene climate change going on, huh?

Boy Scouts president apologizes to victims, not for files — Much like the Catholic Church, the Boy Scouts with their virulent anti-gay hysteria and horridly oppressive policies turn out to be in the business of sheltering pedophiles on a massive basis in order to protect their image. This is Penn State and Joe Paterno, writ very, very large. I hope the lawsuits burn all three institutions to the ground. Without consequences, there is no incentive for others to reform and behave.

NY appeals court nixes Defense of Marriage Act — Every now and then, despite ourselves, we just do the right thing. DOMA was always and ever a travesty.

Midmeal Link Sausage Distraction — Scrivener's Error is interesting on class mobility and DOMA (separate subitems in the this post, not jointly) among other things.

For evangelicals, racism isn’t a dealbreaker, but feminism is — You can be a vicious racist, but as long as you’re an anti-abortion, anti-gay racist who talks about the “authority of scripture” like its the fourth member of the Trinity, then you’re golden. Mmm. More Biblical values.

Would You Please Let Me Finish... — Interruptions, interjections, and the presidential debates.

Romney said a lot of dumb things about guns during the debate — But Obama! Kenyan Muslim socialism will take your guns away! Look how many Obama has already confiscated during his presidency.

Tagg Romney's Company Misled Reporters About Its Relationship With Ponzi Scheme–Linked Firm — When I interviewed him in Las Vegas, Tagg [Romney] told me that his associates were “cleared” of any wrongdoing associated with the Stanford Ponzi scheme. Court documents directly contradict Tagg and show that the lawsuit has not been dismissed. Do Mormons even have a Ninth Commandment? Maybe it's okay for the Romneys to bear false witness. Mittens flat out lies all the time, after all.

How to Make the Administration Sound Like It Lied About Libya: Edit the Tape! — Conservatives can't win on their ideas, so they lie.

A Letter from Benghazi on Crappy Republican Talking Points

Graham's Romney Endorsement Accidentally Spreads "Mormonism is a cult" Meme to Millions — You know, from the outside, there's not a lot of difference between Mormonism, Evangelical Christianity and any other form of Christianity. To me, this is very much inside baseball: i.e., I don't care. But I realize that millions do. (I think that Mormons have a much more interesting afterlife than most other Christians, though. It's segmented, kind of like a frequent flyer program. Don't LDS members in the best standing get their own planet or something?)

Mitt Romney Encouraged Business Owners To Advise Employees How To Vote — I love the smell of democracy in the morning. Threatening workers jobs if they don't vote for Romney is totally a Constitutional value. Probably Biblical, too.

Mitt Romney doesn’t have a woman problem — at least not yet — That's a misleading headline to an interesting story. Romney in fact has a significant (and well-earned) gender gap, it's just not as high as some prior GOP nominees.

What Romney Didn’t Say About the Bush Record — It was Romney’s “just trust me” argument all over again, and he failed to acknowledge that one of the reasons so many people don’t trust him is that he doesn’t seem to have many major differences with Bush. But things worked out so well under Bush! Not like Obama with his economic collapse and his deficits and his trillion dollar wars of choice launched under false pretenses. None of that happened under Republican rule. Ask any conservative, they'll tell you it's all Obama's fault.

?otD: Where the heck do we stand, anyway? 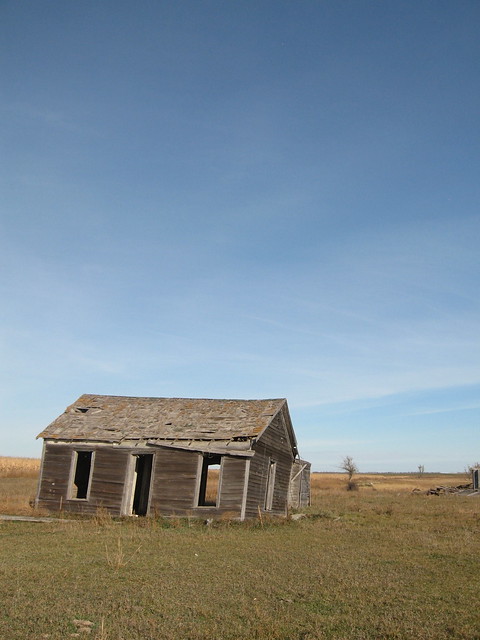 There's a book being released at World Fantasy Convention this year called Shanghai Steam. Basically, these stories are a fusion of steampunk and wuxia (Chinese historical epics with a heavy emphasis on martial arts). It's from Absolute X Press, edited by Ace Jordyn, Calvin Jim and Renée Bennett, with stories from a whole range of writers including my friends Camille Alexa and Amanda Clark. I mention this here because I wrote the introduction for the project.

If you're going to be at World Fantasy, they're having a release party, and they'll be at the EDGE Press booth. Check it out.

I was supposed to have chemotherapy session three of series three today. This would have been my twenty-seventh round of chemotherapy in the past three years for those keeping score at home. However, yesterday's blood tests revealed that my neutrophils were down severely, below half of the minimum standard value. Which given that I came off the last chemo session eleven days previously means they were probably even more dreadful earlier on.

For you med stats geeks:


In plain English, this means my immune system is utterly borked. And has been for at least a week.

So chemo rolls forward to next Friday, October 26th. This plays merry hell with my caregiver schedule, and also means my final chemo rolls into Christmas, essentially. I'd hoped to be a little better at the holidays while on the surgery break, but that's already iffy now. If I have to skip one more chemo, that's blown completely.

This also means I'm going back on Neulasta, which can hurt like a son of a bitch due to the marrow blooms it creates. That in turn generates overly high pressure inside the bones, which I tend to experience as crippling back, hip and pelvis pain. All that and a skin condition are chemotherapy's gifts to me.

And even though I'm not on the needle this weekend, I'll still be hiding at home. Fatigue and spoons continue to be a material issue. More to the point, I'm significantly immunocompromised, and don't need to be going to parties or the movie theater or whatever where there are lots of other people. Especially during the fall cold and flu season.

In other news, still miserable from the Vectibix rash and acne, though it's getting a little better. A minor blessing of skipping chemo is the skin conditions can clear more. A minor curse is it will take that much longer for those reactions to peak and settle.